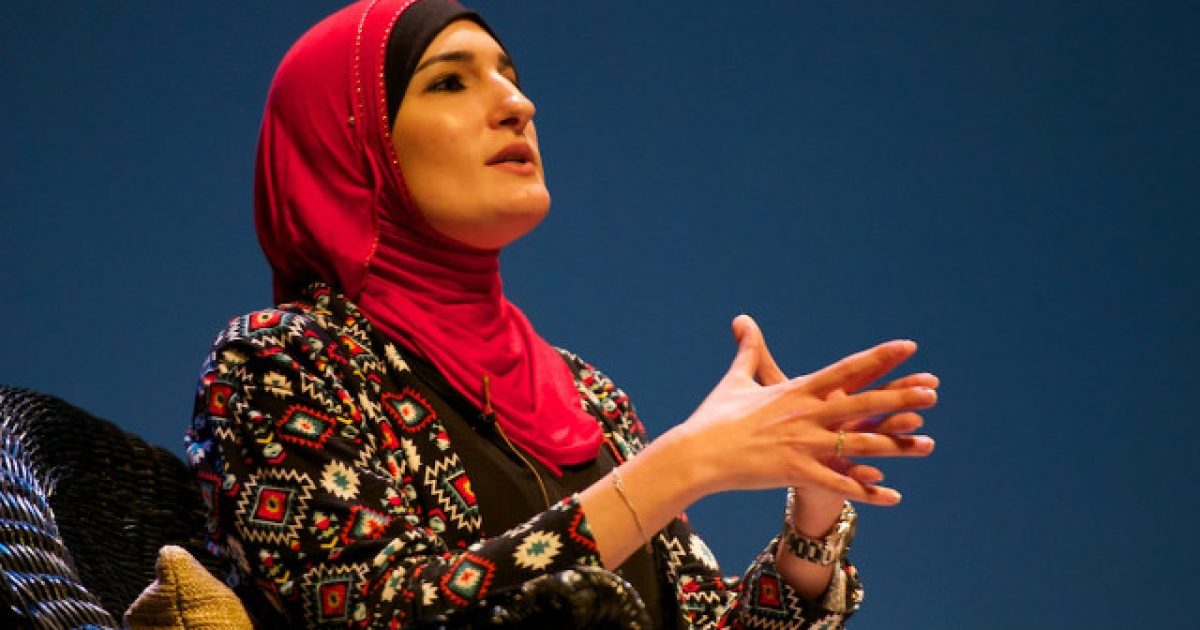 It’s not been the best of times for the leaders of the Women’s March who have been getting called out left and right for the anti-Semitic nonsense of the movement’s leaders.

An article published by Tablet exposed and confirmed this anti-Semitism in the group’s leadership which led to the disbanding of the movement’s Washington state chapter. But it didn’t stop there.

The NY Times published a piece that called for these leaders to step up to the plate and defend themselves from the accusations made in the Tablet article. The backlash from this led to the cancellation of a march the group had planned in Chicago.

Well, a new defender of the group has arisen, and they apparently know who is behind all of this backlash against the Women’s March. Because it couldn’t possibly be because this particular group of individuals are insane racists. No. Never.

But don’t worry, supporters of the March, because there’s a new defender of the group: Karen Fleshman. The founder of Racy Conversations — an antiracist organization — wrote on December 28 that she had interacted with some of the Women’s March leaders who have made anti-Semitic statements, including Tamika Mallory and Linda Sarsour. Fleshman said she didn’t witness “a single act of anti-Semitism or exclusionary behavior the entire time” she was with these members or at protests organized by the group.

Fleshman then submitted an “analysis” of who is really “behind the campaign to fracture the Women’s March,” because, as Fleshman wrote, “powerful interests seek to splinter us.”

What — or who — is really causing the group to fall apart? It’s apparently not the rampant anti-Semitism, but actually Russian President Vladimir Putin.

“I firmly believe Vladimir Putin is behind the campaign to tear apart the Women’s March,” Fleshman wrote, linking to an opinion article from The Washington Post claiming Russians targeted black voters in 2016.

“Right now, we see messaging to white women seeking to divert our political energy away from feeling angry at Republicans and towards feeling angry about anti-Semitism, but not the anti-Semitism expressed in Charlottesville, Pittsburg, and the countless other anti-Semitic attacks by white nationalists,” Fleshman wrote. “Instead, we are directed to feel angry about the anti-Semitic views expressed by Minister Louis Farrakhan, and allegedly by Women’s March leaders Tamika Mallory and Linda Sarsour.”

As you might expect, her post received some backlash of it’s own, to which Fleshman responded in an addendum to the original piece:

“It was never my intent to portray Jewish critics of the Women’s March leaders as Russian agents, and in so doing, play into the canard that Jewish people are foreign agents who are disloyal to America, but that was clearly my impact, and I am sorry. I hear you that my theory is particularly unwelcome at a time of rising anti-Semitism. As you point out, I have a lot to learn about anti-Semitism, and it’s hard to accurately capture what is happening in this situation without an understanding of anti-Semitism,” Fleshman wrote.

She then goes on to double down on her theory of Russia being the big, bad boogeyman hiding in the closet, refusing to even acknowledge the clearly proven fact that Sarsour and her ilk have openly said anti-Semitic things.

“My theory is that, following the patterns above, Russians are fomenting anti-Semitic violence through social media, while simultaneously trying to fracture the Women’s March along perhaps the biggest fault line in our society, between women of color and white women, to shore up support for Trump and Republicans and break up our coalition,” she wrote.

Um, isn’t that precisely what her theory does? Deny the legitimacy of Jewish women’s accusations of anti-Semitism from Women’s March leaders? That’s the only thing her statement could possibly mean, right?

For all of their self-righteous posturing over fighting racism and standing up boldly for equality, their lack of accountability for individuals in their own movement is stunning.

If you’re truly all about equality, then you’ll take the rules and principles you live by and fairly apply them to all people across the board. You wouldn’t waste time defending anti-Semitism from a group of individuals just because everything else they believe lines up with your ideology and because you have a shared hatred of the president.