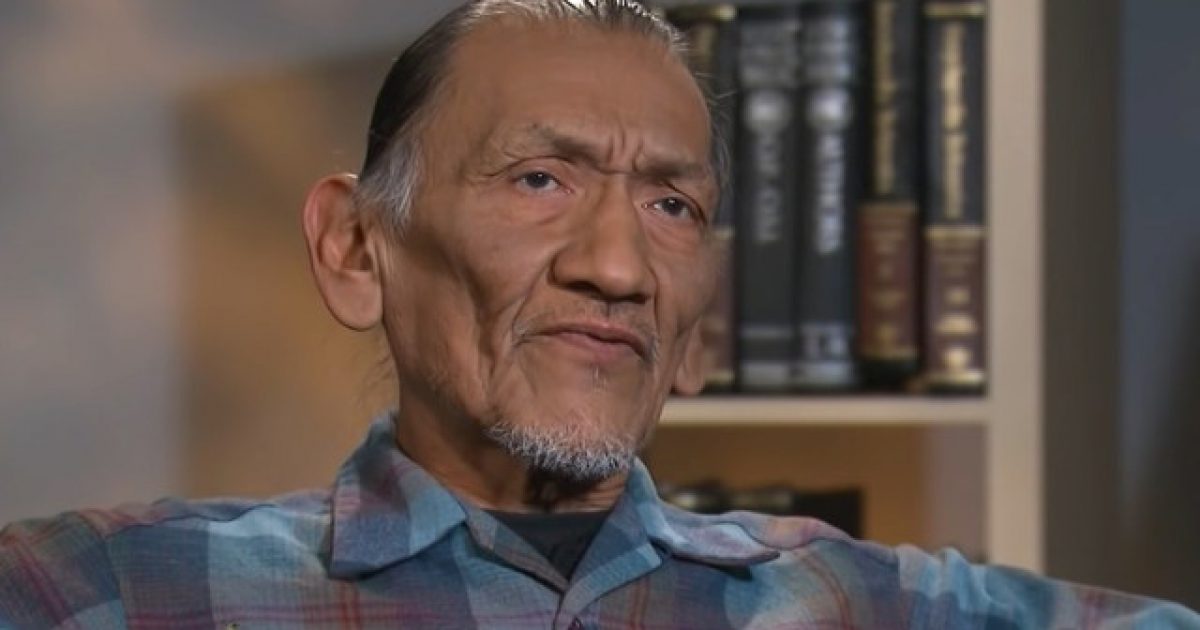 Native American activist Nathan Phillips, the man we’ve seen far, far too much of over the last week, slammed Covington Catholic students over the confrontation he had with them over the weekend, but stated he’s ready to “forgive” them for the incident.

Uh, forgive them for what, man? You were the one harassing them and blew them up all over Facebook and social media.

During a wide-ranging interview with “Today Show” host Savannah Guthrie, Phillips explained details of the confrontation at the Lincoln Memorial, sticking to several points that have since been debunked by video evidence.

Guthrie began the interview by asking whether Phillips had seen her interview with Nick Sandmann, the high school student Phillips had come face-to-face with as he beat his drum.

“I was upset I was made to sit down and watch it. I read his statement. When I got into the first — well, somebody tried to show it to me before I went to my prayer ceremony. I got into about the first 30 seconds, 40 seconds of it, and I said, well, that’s all I needed to hear,” Phillips said.

When Guthrie asked what he thought of Sandmann’s words, he added, “Coached and written up for him, insincerity, lack of responsibility. You know, those are the words that I came up with. But then I went to go pray about it, and I woke up with this forgiving heart. So I forgive him.”

Guthrie challenged Phillips then on his claim that the boys had chanted “build the wall” — something that she noted was not audible on any of the available videos of the interaction.

But Phillips doubled down anyway, saying, “You know, I did hear that. I have seen some out there on the — on the internet, where — you can hear ‘build that wall.’”

Phillips went on to repeat his claim that the students surrounded him — in spite of multiple videos which showed him walking purposefully into the group, stopping only when he was face to face with Sandmann.

It seems that Mr. Phillips here is incapable of telling the truth. His claim to have served in Vietnam has been revealed to be false, something not many media outlets are willing to cover at this point, you know, to avoid having more egg on their faces.

The truth of the matter is, this man is a liar and an attention hound. Right now he’s receiving exactly what he wants. The limelight. His fifteen minutes of fame.

These kids don’t need this man’s forgiveness. He needs theirs. He’s the one that has thrust them into the spotlight where they’ve now received all kinds of hate mail and death threats.

This dude is truly delusional if he thinks these kids did something wrong.