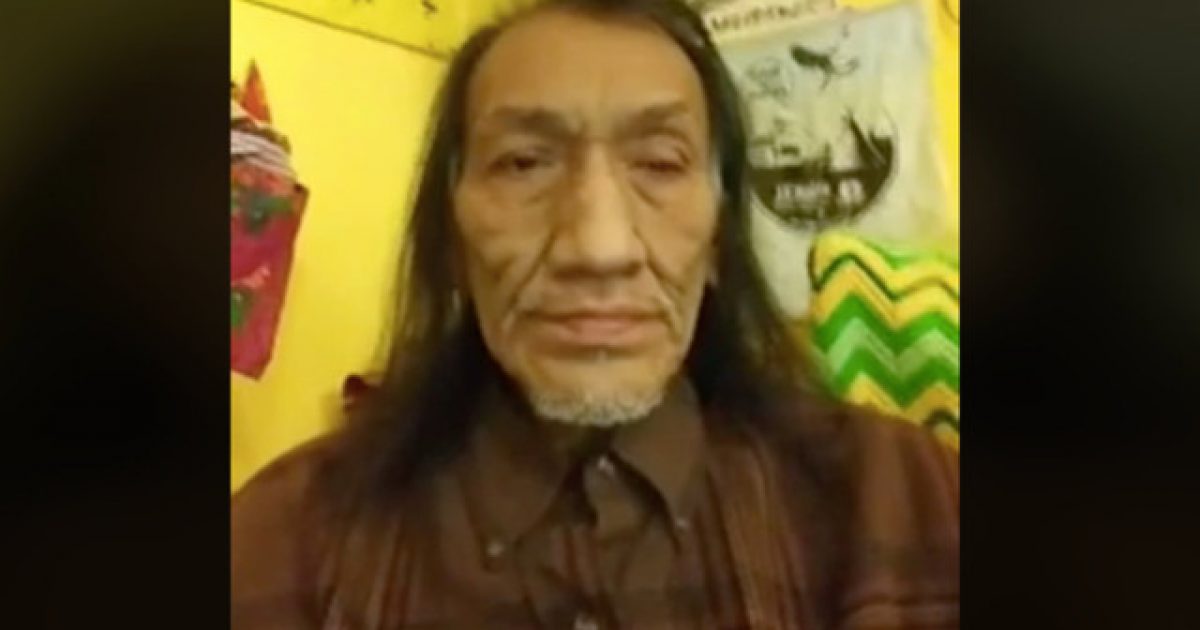 Nathan Phillips, the Native American activist at the center of the confrontation that took place on the steps of the Lincoln Memorial between himself and students from Covington Catholic High School, is not at all the man the media makes him out to be.

More material that reveals who Phillips really is has come to the surface and it certainly doesn’t make him or the Washington Post look any better.

Kerpen shared the video with a snippet of Phillips’ session, in which Phillips said, “I’m a Vietnam vet and I served in the Marine Corps, 72 to 76. I got discharged May 5, 1976. I got honorable discharge, and one of the boxes in there it shows that it was peacetime, or what my box says is that I was in theater. I don’t talk much about my Vietnam times.”

Phillips says this in the video:

"I don't wear my veteran stuff here you know. I mean, I got the flag and I showed a couple pictures and I got other things too. I got some littles medallions and medals that were given to me, and I had a lot more stolen from me. You know?" pic.twitter.com/VDtKRG33OH

More Phillips:
"I got a relation. A sister, or a niece, she gave me that Vietnam colors flag. You know the yellow, red, black one with some tobacco on there. She wanted me to carry it around because you know her dad, a Vietnam vet too like that." pic.twitter.com/aZGuVAiHwx

"I'm a Vietnam Vet. I served in Marine Corps 72 to 76. I got discharged May 5, 1976. I got honorable discharge and one of the boxes shows peacetime or, what my box says is that I was **in theater**. I don't talk much about my Vietnam times." pic.twitter.com/nIoYxGoPqM

Kerpen noted that Phillips also shared photos with a “Vietnam War Veteran” medallion, as well as a certificate of a “Warriors Medal of Honor” from the “Native American Nations of the United States of America.”

However, the Washington Post reported Wednesday that there is “no evidence [Phillips] ever claimed to have served in Vietnam.” The article by Dan Lamothe is titled, “A group representing Nathan Phillips wrongly said he served in Vietnam. Then came the accusations.”

He captioned the video, “This video shows Nathan Phillips making statements that simply are not true.”

Yes, that’s right. Phillips has been telling some whoppers, and yet, despite knowing this is true, how many media outlets have issued corrections and apologies to the students who have been victimized by them through this whole ordeal.

This man is a liar. Plain and simple. He’s an opportunist who was hoping to get some cheap, easy fame off these kids and the media gave him exactly what he wanted.