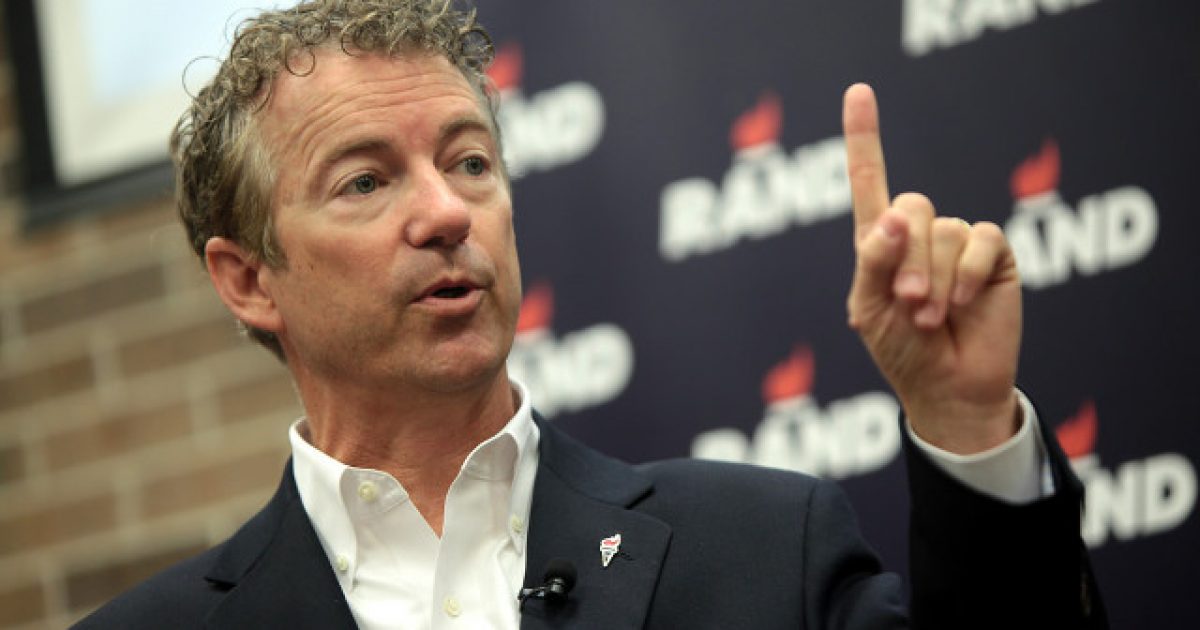 Sen. Rand Paul has been getting raked over the coals by liberal media after it was announced he would be heading north to Canada for a major hernia operation to repair injuries he received during a brutal attack by his neighbor in Kentucky.

Rene Boucher attacked Paul back in 2017 while he was working in his yard. Boucher ended up pleading guilty to assaulting a member of Congress and served 30 days in prison.

The media is going after the senator because Paul is a critic of universal health care and socialism, which means that in order to get this surgery, he’s having to violate his own principles in order to get the best care available from a country with socialized medicine.

The reports, however, are leaving out one crucial detail. The hospital is private.

The Courier Journal, Paul’s local Kentucky newspaper, made light of the apparent irony, spending more than half its story drawing attention to the fact that a staunch opponent of socialized medicine was planning to receive care in a country with universal health care.

The Daily Beast, a left-leaning outlet, tweeted: “Sen. Rand Paul—one of the fiercest critics of socialized medicine—is heading to Canada for surgery.”

Paul is not leaving the U.S. to receive superior care in the name of socialism. Instead, the outpatient hospital where Paul is scheduled for surgery later this month — Shouldice Hernia Hospital — is a world renowned hospital known as the “global leader in non-mesh hernia repair.”

What’s more, the hospital is not owned by the Canadian government. Rather, the hospital remains privately owned, grandfathered into the Canadian health care system when the country implemented universal health care years ago. Additionally, Paul will pay for his surgery in cash; he is suing Boucher for the cost of the procedure.

Doug Stafford, chief strategist for Paul, called the procedure the “literally the opposite of socialized medicine.”

Attention fact-challenged media: “More fake news on a story that has been reported terribly from day one – this is a PRIVATE, world renowned hospital and people come from around the world to PAY CASH for their services.” It’s literally the opposite of socialized medicine.

“This is more fake news on a story that has been terribly reported from day one — this is a private, world renowned hospital separate from any system and people come from around the world to pay cash for their service,” she said, according to the Courier Journal.

Liberals seem to have a really difficult time with basic reading comprehension, which is probably due to the fact many of them received indoctrination in public schools rather than an actual education.

Paul is not violating his principles in the slightest. He’s a borderline libertarian who believes that as long as he has the money to pay for a procedure, he should be able to go to any doctor in the world he chooses. This is what freedom looks like.

Then again, given how much liberals hate being free, perhaps that’s where the real outrage lies.