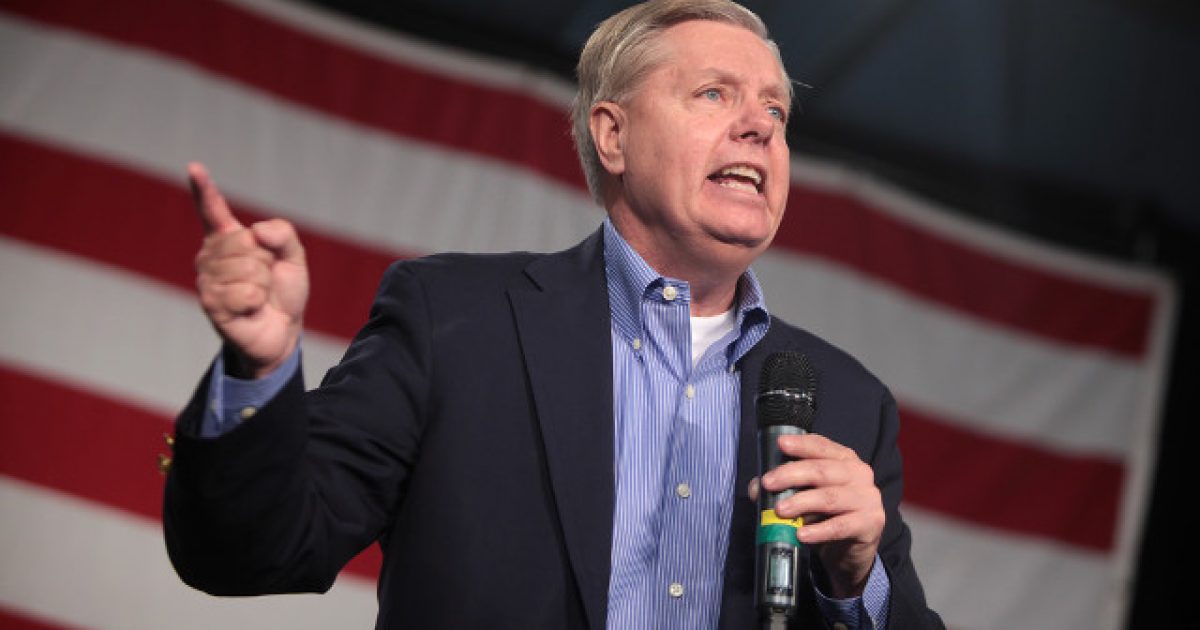 Freshman Congresswoman Alexandria Ocasio-Cortez, a woman who has become notorious as a meme machine, has stated previously that she would love for America to have the socialism of Sweden, a sentiment that South Carolina Sen. Lindsey Graham vehemently disagrees with, accusing her of being “hell-bent” on transforming America into Venezuela.

On Twitter, Graham trolled Ocasio-Cortez for her recent comments on Martin Luther King Jr. Day where she said climate change would end the world in 12 years.

“Millennials and people, you know, Gen Z and all these folks that will come after us are looking up and we’re like: ‘The world is gonna end in 12 years if we don’t address climate change and your biggest issue is how are we gonna pay for it?'” Ocasio-Cortez said.

Graham tweeted in response to AOC’s craziness: “Let’s bury the hatchet and enjoy the next 12 years because they are going to be our last, right?”

Let’s bury the hatchet and enjoy the next 12 years because they are going to be our last, right? https://t.co/OKhAAcGKyr

Graham went on to accuse the freshman congresswoman of wanting to make America like Venezuela. “Even worse news, @AOC and her new socialist colleagues seem hell-bent on making sure that our last 12 years will be spent as Venezuelan socialists, not Americans,” he said.

Graham openly pondered if Americans would reject AOC’s agenda if it were on the ballot in 2020: “Question: Is it possible Rep. Ocasio-Cortez could be wrong about the demise of the planet in 12 years and the American people reject her socialist agenda in 2020?” he asked.

Question: Is it possible Rep. Ocasio-Cortez could be wrong about the demise of the planet in 12 years and the American people reject her socialist agenda in 2020?

Ocasio-Cortez has previously stated she wants to model her socialist programs after Sweden, not Venezuela. During an interview on “60 Minutes,” Anderson Cooper asked her: “When people hear the word socialism, they think Soviet Union, Cuba, Venezuela. Is that what you have in mind?”

Ocasio-Cortez replied, “Of course not. What we have in mind — and what of my — and my policies most closely resemble what we see in the U.K., in Norway, in Finland, in Sweden.”

According to Business Daily, in order for Ocasio-Cortez’s vision of America being like Sweden to become a reality, she would have to give up several Marxist principles she currently clings to, something that would probably make her curl up into the fetal position and cry herself to sleep.

Two of the countries she cites as role models have partially privatized their social security programs to save taxpayer money and provide better retirements for their citizens.

Another point of contention for Ocasio-Cortez would be the abandonment of a $15 mandatory minimum wage. Neither Sweden or Norway have any minimum wage laws.

This once again points out the fact that Ocasio-Cortez is advocating for the adoption of a system she knows precisely nothing about.