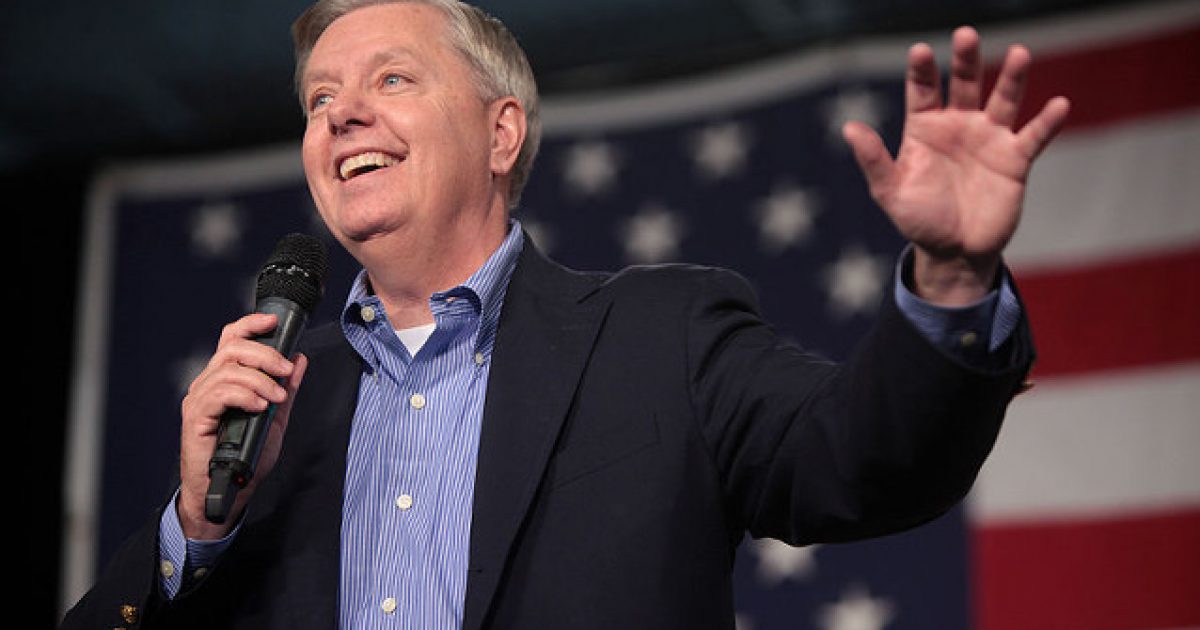 GOP Sen. Lindsey Graham has been a strong proponent of the border wall that’s part of President Trump’s agenda for our nation and has supported him during the government shutdown in the battle against the Democrats who are stone walling the funding of the project.

Until now that is.

Graham is now asking Trump to re-open the government, which is in day 23 of a partial shutdown.

The South Carolina senator told “Fox News Sunday” that President Donald Trump should re-open the government so negotiations can resume on a $5.7 billion wall for the U.S. border along Mexico.

Graham told host Chris Wallace he hopes Trump will consider one more attempt to negotiate a deal to fund the project.

If no agreement is reached, then the president should move to declare a national emergency, Graham said on the news program. Other Republicans have said they are not in favor of an emergency declaration to build the wall.

Graham also said he does not believe it’s likely an agreement can be reached.

“Nancy Pelosi, the leader of the House, said even if he opened up the government, I’ll give you one dollar for the wall,” Graham said. “As long as that’s the case, we’re never going to get a legislative package, no matter what the Senate does.”

A lot of Trump supporters will no doubt vehemently disagree with Graham’s suggestion, stating that the president needs to stand his ground and not give in to the temper tantrums from the left.

However, the idea might just open up negotiations in such a way that something productive can be done. And by that, what we mean is that President Trump will have run out of options and will need to declare an emergency, thus ending this whole ordeal once and for all.