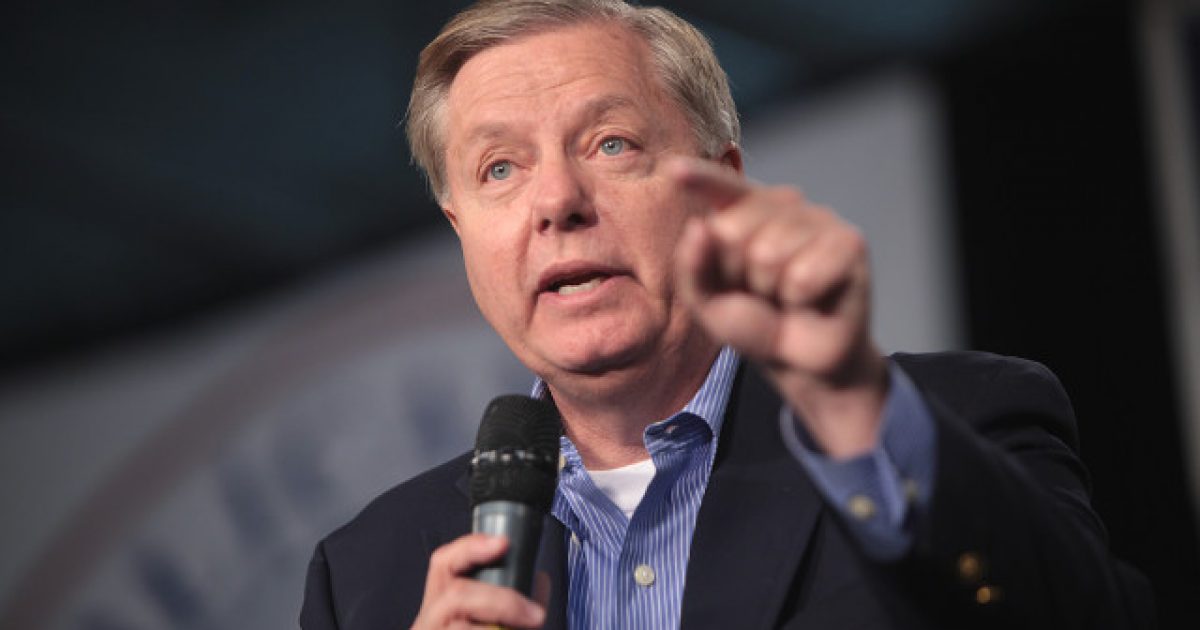 President Trump has made it clear that he would much rather sit down and negotiate with the Democrats to come to some sort of deal about funding the border wall, however he has also stated that he’s willing to declare a national emergency and build the wall anyway if that becomes necessary.

Sen. Lindsey Graham called on the president to forget all of the negotiating and just go ahead and declare that emergency and get the wall put up pronto, saying there’s no path forward with Nancy Pelosi refusing to negotiate.

When asked by a reporter what changed his mind on supporting the use of executive power, Graham repeated that message.

“I’ve always said it would be the last resort. We’re there. There’s no pathway forward that I can see,” the lawmaker said.

With no end in sight to the partial government shutdown and Democrats working to exploit federal employees without paychecks for the PR value in their quest to force President Trump to cave on his demand for funding to build a wall, Graham said he was “depressed” over the lack of progress.

Graham took to Twitter with a warning for Trump: “Mr. President, the Democrats are not working in good faith with you. Declare the emergency, build the wall now.”

Mr. President, the Democrats are not working in good faith with you.

Many Democrats have threatened to sue Trump if he declares a national emergency, however Jonathan Turley, a liberal law professor from George Washington University recently penned a piece explaining that Trump does indeed possess the authority to declare the emergency and build the wall.

“Moreover, Trump does not have to ultimately prevail to achieve part of his objective,” Turley wrote. “Even if a court were to enjoin construction, the declaration could afford Trump the political cover to end the government shutdown, as the issue moved its way through the courts.”

One thing’s for sure. The Democrats need to get over themselves and work toward achieving a goal that is actually good for America. Many of these same individuals, just a few years ago, openly supported a border wall and other resources to help curb illegal immigration.

Now they are singing a different tune because the popular culture foolishly thinks it’s a good idea to just randomly let strangers from another country into ours, despite the fact the vast majority are folks with criminal records a mile long.

It’s insulting and sad that these folks would trade the safety and security of their fellow countrymen for the sake of political correctness and winning elections.