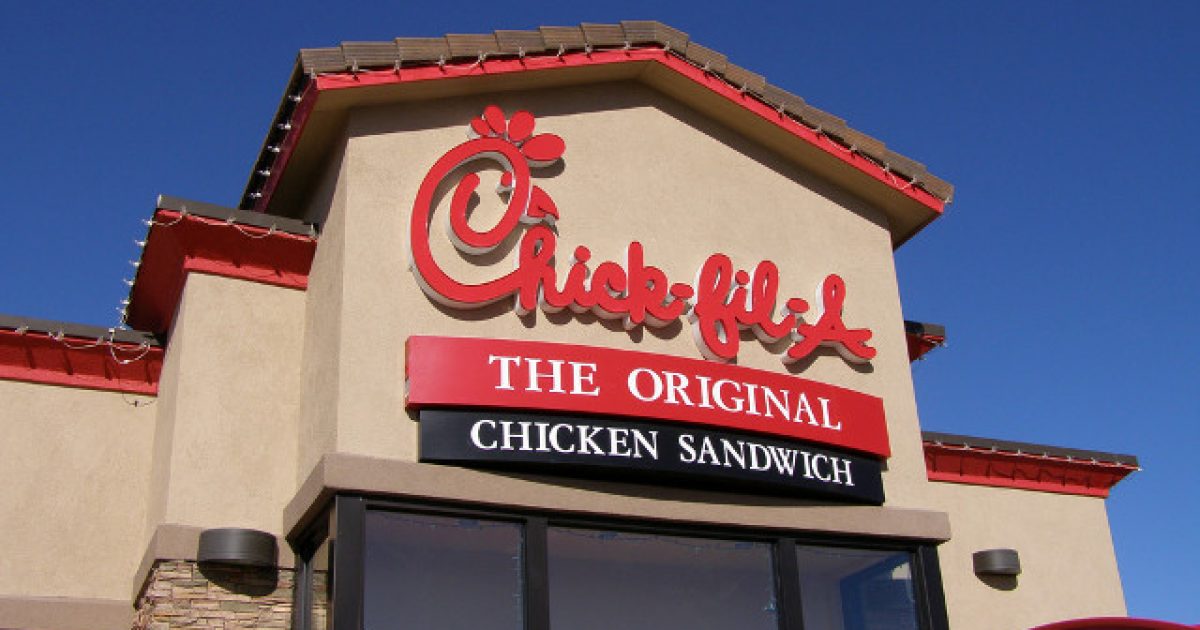 A lovely bunch of individuals who make up a college student environmental group recently decided to set their dear little liberal hearts against the good folks of Chick-fil-A, labeling them a “white supremacist, imperialist, capitalist cult.”

Oh, but it didn’t end there. They also demanded the University of Georgia ban the popular restaurant chain from their campus.

This, ladies and gents, is why so many young people have been labeled “snowflakes.”

Athens EarthStrike — which apparently boasts some members of the school’s Athens Young Democratic Socialists of America group — said Chick-fil-A’s “non-compostable packaging leads to much of the university’s food waste” and that the restaurant “does not sustainably source poultry, which contributes to climate change via greenhouse gas emissions,” student publication The Red & Black reported.

“The industrial, white supremacist, imperialist, capitalist cults of Chick-fil-A and the Georgia poultry farms as a whole exemplify violence,” the group added to Campus Reform. “One of the major poultry suppliers for Chick-fil-A is Koch. Koch targets the most vulnerable people in our immigrant communities to work as employees. Factories are built in low-income communities of color. These jobs are demoralizing, difficult and pollute the environment around them leaving communities in even worse living conditions.”

Athens EarthStrike also told the outlet that it is “targeting Chick-fil-A because it is a central corporation in [Georgia]’s economy, and we think that it can do better if the people buying its products demand action. Chick-fil-A has made some strides in sustainability, but the company is short-sighted at best. While they plan to transition to antibiotic-free chickens raised in barns rather than cages, this is little more than a cheap marketing ploy.”

Check out this wacky list of demands, which by the way, makes it sound like this is a terrorist organization rather than an environmental group.

1.) No longer use styrofoam cups

2.) Keep it’s promise to shift to hormone-free chicken; and

But alas, the real agenda here is that EarthStrike doesn’t approve of the social and moral stances the company takes on issues like homosexual marriage and the like.

And as we all know, any time you disagree with the left, that makes you a racist or some other kind of “ist” or “ism.”

“We demand that UGA stops supporting a corporation that actively practices both gender discrimination and LGBT discrimination,” EarthStrike added to Campus Reform. “We are defending the freedom, livelihood, and health of the student body at UGA and will not stop until Chick-fil-A and UGA answers to these demands or leaves this campus!”

How did other students respond to the madness?

“I personally think it’s ridiculous,” student Devon Spiva told the outlet. “UGA missed its sustainability goals by miles, so attacking Chick-fil-A solely is not going to solve anything.”

Fellow student Erin Cooke — a former Chick-fil-A employee — added to Campus Reform that the restaurant is “the opposite of wasteful” but that EarthStrike’s demands are far from shocking.

“I’m not surprised, honestly. It’s nothing new,” she told the outlet. “Those on the left continually go after organizations and companies … they are threatened by [and Chick-fil-A] no doubt is one of the largest and most popular Christian companies. If Chick-fil-A was removed on campus, there would be an uproar from the student body. It’s always the most popular restaurant with lines consistently going out the door.”

This is a prime example of an observation that’s been made by many on the right. It seems that millennials, or whatever they’re calling young people in college these days, are starving to belong somewhere, to be part of some sort of cause or battle in order to give their lives meaning and significance.

Unfortunately, these desires — which by themselves are good — are being manipulated and twisted by older generations of progressives who have utilized the public education system to aim young people toward left-wing causes that, in the long run, are actually detrimental to their fellow man and even themselves.

Let’s hope these kids wake up and smell the coffee and jump on the right side of history before it’s too late.