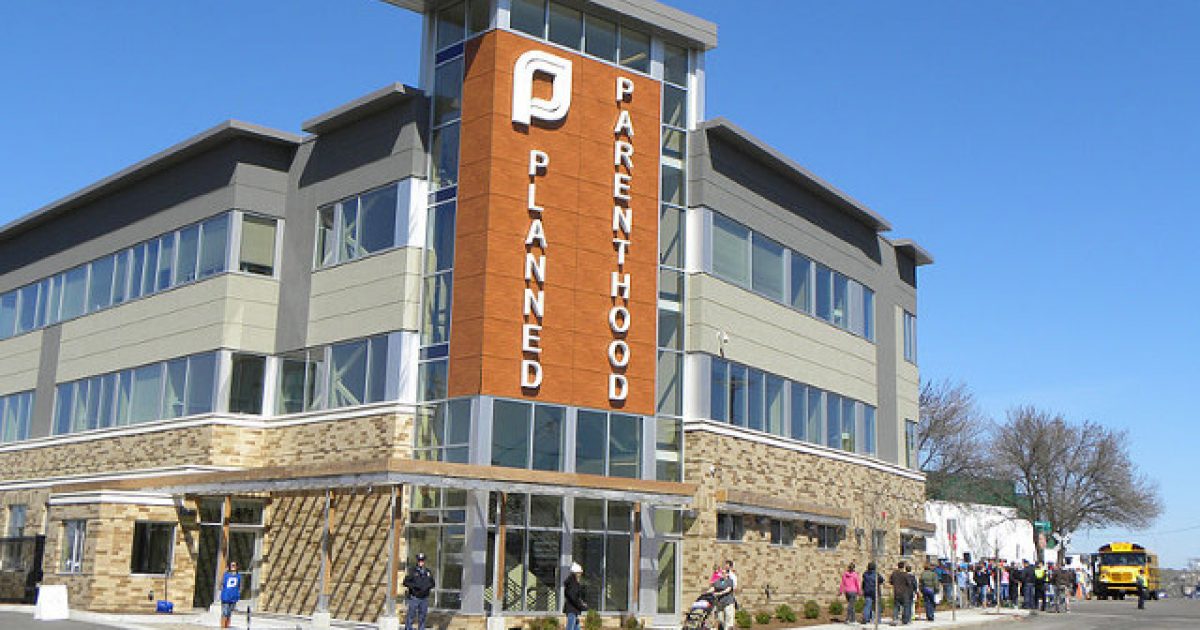 Sunday was International Holocaust Remembrance Day, which means leftists came out of the woodwork to conveniently drop their anti-Semitism for a few minutes to try and act like they are suddenly heroes and champions of the Jewish people.

After all, you can never allow any tragedy to go to waste when there is political gain to be had by exploiting it.

Anyway, Planned Parenthood, the major abortion provider in America who slaughters innocent children in what could be considered a modern day holocaust, apparently has no sense of irony as they tweeted their thoughts on the day.

On #HolocaustMemorialDay, we remember the tremendous, immeasurable human cost of bigotry — and we reaffirm that there can be no place for antisemitism, racism, homophobia, transphobia, or *any* form of hatred in our communities, our politics, and our country.

Planned Parenthood is responsible for the killing of some 300,000 American unborn children per year; those children are disproportionately minority and from poorer families.

But this is typical of the intersectional Left, which has subsumed anti-Semitism under the broader rubric of Leftist politics. The issue when it comes to the Holocaust isn’t the dehumanization and slaughter of innocents anymore – now it’s “bigotry” writ large, so that the Holocaust can be used as just another club against conservatives on a range of issues from immigration to biological sex. This is how the Women’s March can proclaim that it opposes bigotry even while its leaders call for anti-Semitic boycotts against Israel from the podium. For too many on the Left, getting into the specifics of the Holocaust makes it impossible for the Holocaust to be used as a political tool. Better to be vague about the Holocaust, to broaden it to a miasmatic evil, so that the Holocaust can be linked with whatever trendy cause Leftists wish to promote that day.

In memory of the millions of Jewish people, and others, who perished in the Holocaust. Let us never allow antisemitism or any other form of racism to disfigure our society.

My message in the Holocaust Education Trust's Book of Commitment. @HolocaustUK pic.twitter.com/NK1dsRrRk1

This is rich. Really rich. Corbyn himself has backed enemies of the Jewish people, supporting Hamas and Hezbollah, both of whom have made it clear their ultimate aim is to wipe Israel and all Jewish people off the face of the earth.

Rep. Ilhan Omar also got in on the action.

Today #WeRemember the murder of 17 million people, including 6 million Jews at the hands of the Nazis.

With the rise of Anti-Semitic and Neo-Nazi ideology, it's more important than ever we learn from the atrocities of the past & commit to fighting intolerance. #HolocaustMemorial https://t.co/8jpJ8olBaD

Omar is a BDS supporter who has also expressed bewilderment that Jews might be upset at her past tweet about Israel “hypnotizing” the world. But she’s happy to use the Holocaust as a club against supposed right-wing extremism, even as she promotes anti-Semitic terrorists.

Watering down the Holocaust so that it can be applied as a gloss on every favored cause of the day is the ultimate insult to Jews. Jews should reject such cynical manipulation from the very people who would gladly engage in atrocities against innocents if given the chance to do so.

The left has made it clear that they are no friends of Israel, or the Jewish people as a whole, yet, astonishingly, there’s a large percentage of folks from this particular community who continue to vote Democrat, literally throwing support behind elected officials who despise their very existence.

It’s tragic how twisted up liberals have people in our country right now.