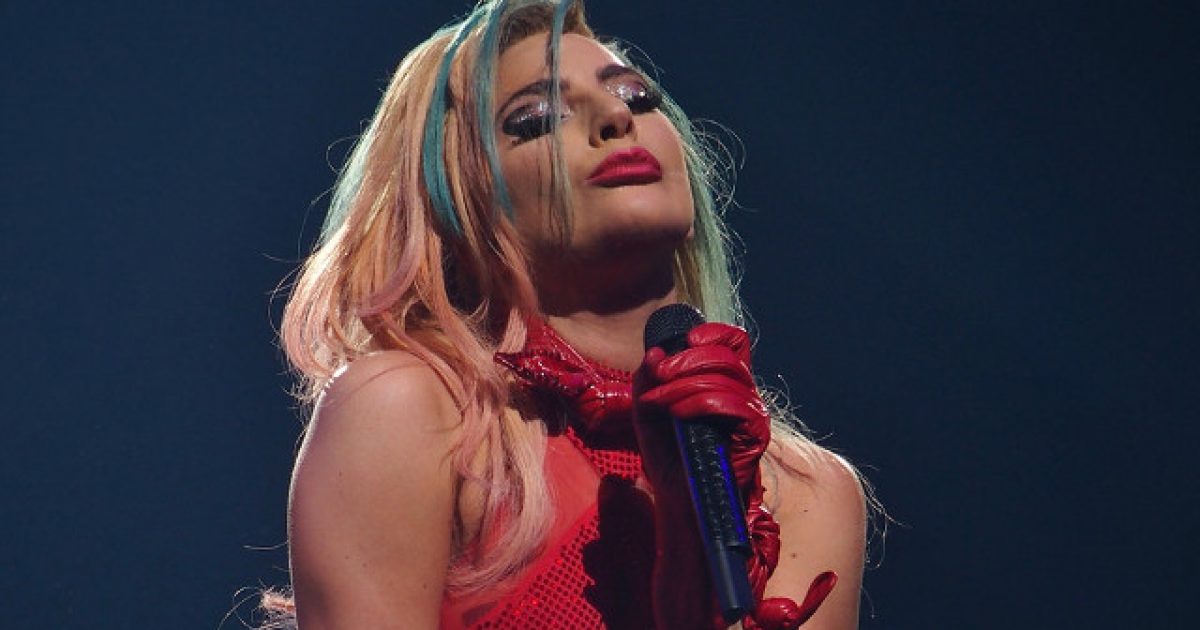 Mega star Lady Gaga, who’s an outspoken supporter of the LGBT movement, decided to take a few moments during a weekend concert to put Vice President Mike Pence on blast for defending his wife teaching at a Christian school that actually follows the Bible and doesn’t allow homosexual activity.

As if that’s not enough, she then went on to claim she’s a Christian, which, given her dubious relationship with the Word of God, seems highly unlikely.

During her song “Million Reasons” in Las Vegas on Saturday, the singer stopped and had a few words for Pence that the crowd loved.

“To Mike Pence, who thinks it’s acceptable that his wife work at a school that bans LGBTQ, you are wrong,” Lady Gaga said while sitting a piano as the audience cheered. “You say we should not discriminate against Christianity; you are the worst representation of what it means to be a Christian. I am a Christian woman, and what I do know about Christianity is that we bear no prejudice, and everybody is welcome. So you can take all that disgrace Mr. Pence, and you can look yourself in the mirror, and you’ll find it right there.”

The singer — who recently got rave reviews for her acting alongside Bradley Cooper in the remake of “A Star Is Born” — also tore into President Donald Trump over the government shutdown: “If the f***ing president of the United States could please put our government back in business,” she said while audience members yelled “f*** Trump.” She added that “there are people who live paycheck to paycheck and need their money.”

So what exactly did Pence say that got Gaga’s dander all aflutter?

“My wife and I have been in the public eye for quite a while but I have to tell you, to see major news organizations attacking Christian education is deeply offensive,” Pence said. “We have a rich tradition of Christian education and, frankly, religious education broadly defined. We celebrate it. The freedom of religion is enshrined in the Constitution of the United States. The Constitution prohibits a religious test for holding public office, so we’ll let critics roll off out backs.”

PREVIEW — @VP @mike_pence responds to critics of @SecondLady's new job. "The criticism of Christian education in America should stop." Tune in tonight for part one of my full interview with the Vice President on @EWTNNewsNightly at 7 PM EST on @EWTN. pic.twitter.com/YKEHyroswC

The Bible makes it clear in both testaments that God strongly disapproves of homosexuality. Seeing as He’s the creator, the all-powerful, all-knowing, judge of what’s right and wrong, what He says, goes, whether you like it or not.

It should not be a big controversy that a Christian school would want to stick to the tenets of their religion and not allow a particular kind of behavior that’s inappropriate.

Good on VP Pence for defending his wife like any good husband would and should.