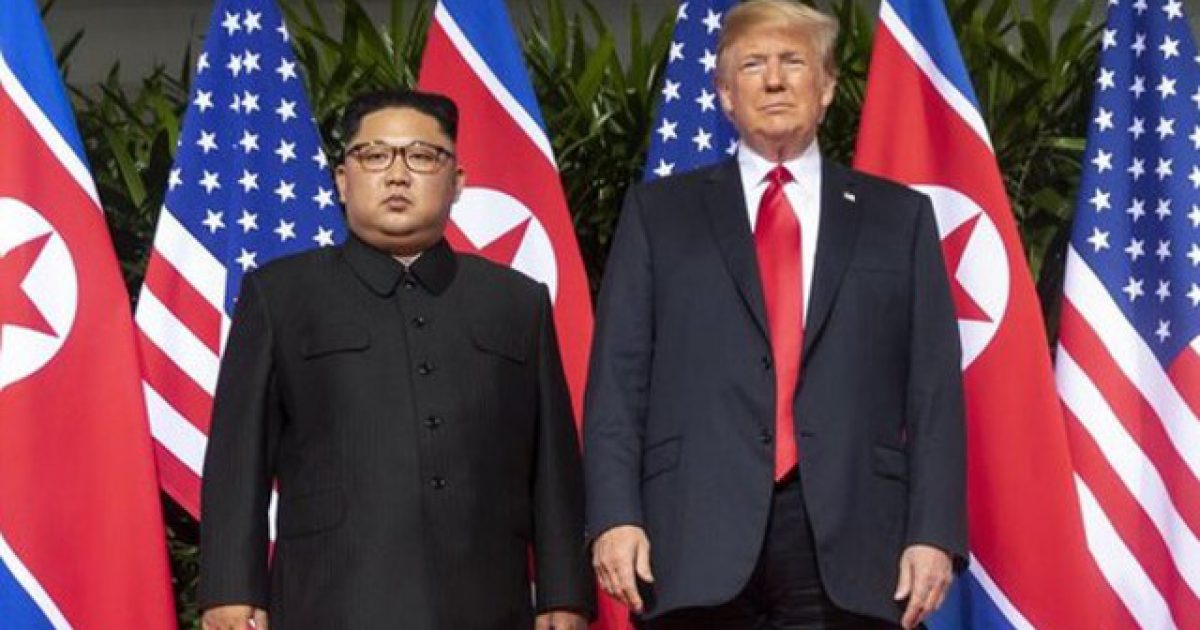 Kim Jong Un, dictator of North Korea, is calling for a new summit with President Donald Trump, hoping to add “umph” to his demands by issuing a series of threats designed to intimidate the U.S. into relaxing economic sanctions on his country.

Someone should tell Kim Jong Un that this sort of nonsense is not at all a good way to start out the new year.

In his New Year’s address on North Korean state television, Kim said that he was eager to meet with President Trump at any time and that he desired to forge an agreement that would be “welcomed by the international community,” according to NPR.

However, during the same address, Kim blasted the latest round of sanctions and intimated that the sanctions were a violation of promises the Untied States made during the last round of bilateral negotiations. He further threatened that if the United States did not lift the sanctions, North Korea would be “left with no choice but to consider a new way to safeguard our sovereignty and interests.”

He also urged the United States to take “sincere measures and corresponding action” in response to alleged peace initiatives undertaken by the North Korean government.

President Trump and Kim Jong Un met together back in June with the end goal of their discussions being the denuclearization of North Korea. The Communist country has since ceased its ballistic missile tests and as a result, the U.S. backed off joint military exercises with South Korea.

Unfortunately, our intelligence community believes that North Korea has been secretly continuing its nuclear weapons program, violating a plethora of promises that were made to both the U.S. and the global community.

Much of this is backed up by publicly released satellite footage, which is the reason why sanctions still remain in force on North Korea.

It seems as if the drama over this country is just never, ever going to end.