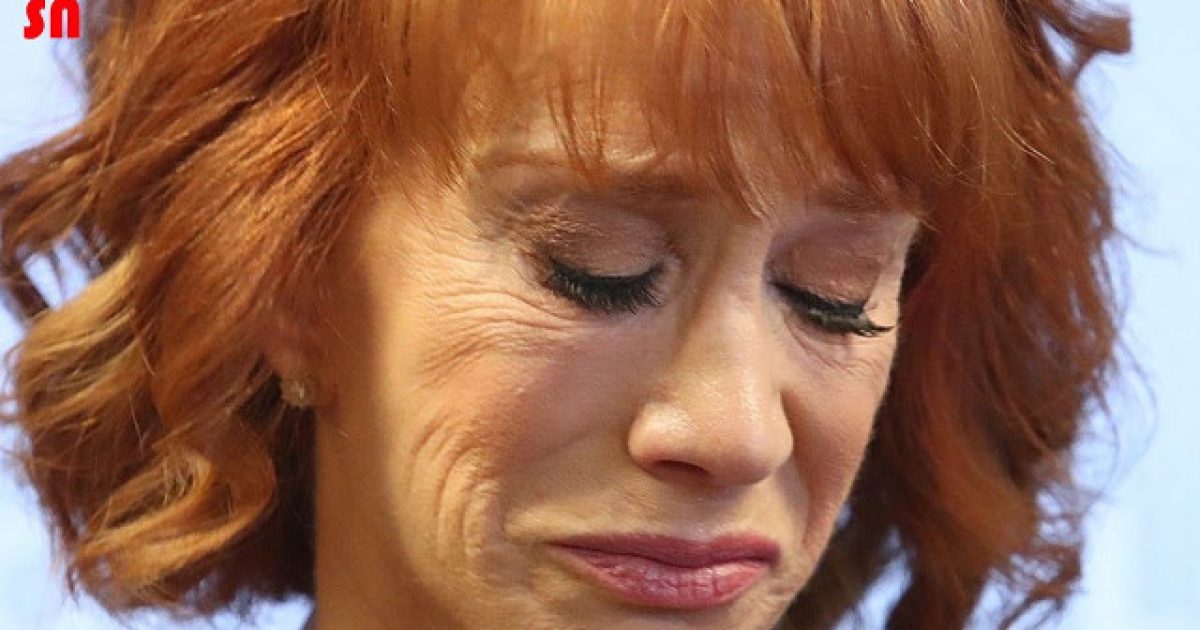 Actor Don Cheadle — War Machine in the Marvel Cinematic Universe — was none too happy with comedian Kathy Griffin for calling him out publicly for not defending her anti-Trump schlock that she does on a daily basis.

All of this started when Cheadle got political on his social media platforms, posting a photo of himself in a hat that showcased his support for an Anti-Trump group.

Griffin reminded him soon after that he never came to her defense and supported her anti-Trump protests.

And that’s when the boom got lowered.

“Oh GREAT Don,” responded Griffin. “I will never forgive you for your nasty tweet the day my smear campaign started.”

“You know it was a f**king smear campaign and you have never taken a moment to apologize,” she added. “Some liberal you are. Yes, my memory is long my ex friend. Shame on you. I kept a list. Fear me.”

Cheadle responded with a simple, “huh?”

This only angered Griffin, who kept on attacking Cheadle.

“Huh? You’re a dick in real life,” she responded, “but believe it or not I truly hope what I went through never happens to you. Never.”

Huh? You’re a dick in real life, but believe it or not I truly hope what I went through never happens to you. Never. And if it did I would be the first in line to stand up for you, get my ass on television and do everything I could to defend you & the 1st amendment. It’s easy don

“And if it did I would be the first in line to stand up for you,” she continued, “get my ass on television and do everything I could to defend you & the 1st amendment.”

Cheadle then hit Griffin with a super long explanation of why he didn’t get down with her extremist anti-Trump photo shoot in a series of tweets.

sigh … ok, kathy. 1) we had one conversation on a flight about our mutual disgust for individual 1. i don't "friend" that quickly so we can't really be "exes." 2) had i been your "friend" and you had asked my opinion, i would have said, "kathy. for you own sake, please do NOT https://t.co/12enY2AQQt

depict yourself holding the bloody, severed head of the president, evoking daesh, daniel pearl and every other painful, disturbing memory associated with it, your first amendment rights notwithstanding." and had you said, "fkkk you, i'm doing it anyway," i would've said, "well

girl, be prepared to have the dogs sicced on you. the secret service doesn't play around with sh*t like that no matter WHO the president is. you're also risking your career for what i see as zero upside. just tell him to #diagf like i do." maybe you would have listened. doubt it.

3) taking every opportunity to oppose him and support those looking to unseat him, IS defending you albeit not your personal, cringe worthy photo-op. 4) apologize for a tweet!? ???????? …5) i'm sorry that you're still dealing with the aftershocks of your actions. it's egregious.

6) this is six more than necessary answers to your "don's a dick because he didn't go on tv to champion me," tweet. 7) you wanna rap offline, you know how that works. ✌????

If Griffin is still upset about all of the flack she’s caught over that severed head photo, then she likely hasn’t learned her lesson yet.

She should’ve known better than to use such disgusting imagery to make a political point. She’s supposed to be a creative person. Surely she could’ve come up with something better that wasn’t outrageously gross and universally condemned, right?

There’s no one to blame for her plight but herself. Griffin should’ve used a little common sense before doing the photo. You don’t have to like or agree with the president, but you should at least have enough human decency to voice your opposition in a productive, professional manner.

Then again, that takes class.