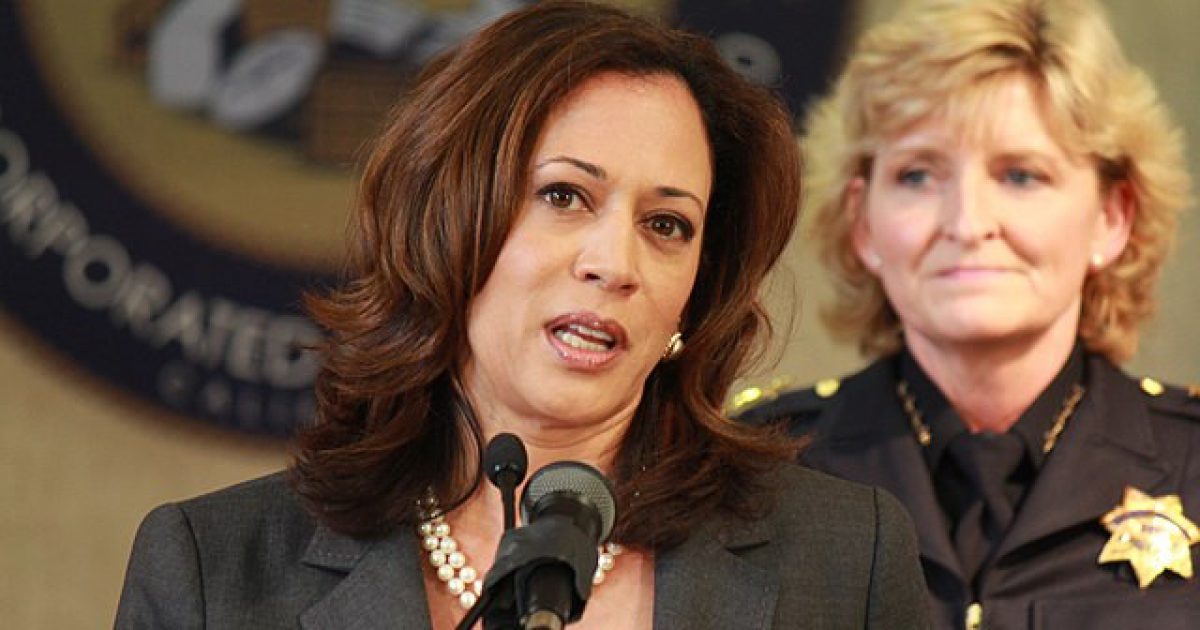 Sen. Kamala Harris went full socialist the other day during a town hall broadcast on CNN, calling for the complete and total elimination of the free market system in the healthcare industry, advocating instead for a full government takeover.

The same people who control the DMV in charge of our healthcare? What could go wrong?

Well, her stance proved to be wildly unpopular, leading to the California senator receiving massive pushback. The response was so strong she’s already back pedaled on her position.

CNN’s Jake Tapper, who noted that Harris’ position would eliminate private insurance, asked Harris, “So for people out there who like their insurance, they don’t get to keep it?”

“Let’s eliminate all of that,” Harris said. “Let’s move on.”

Harris’ remarks ignited a political firestorm, with opponents noting that she “says she wants to eliminate private insurance even if you like your plan.” CNN reports:

As the furor grew, a Harris adviser on Tuesday signaled that the candidate would also be open to the more moderate health reform plans, which would preserve the industry, being floated by other congressional Democrats. It represents a compromise position that risks angering “Medicare-for-all” proponents, who view eliminating private health insurance as key to enacting their comprehensive reform.

“Medicare-for-all is the plan that she believes will solve the problem and get all Americans covered. Period,” Harris national press secretary Ian Sams told CNN. “She has co-sponsored other pieces of legislation that she sees as a path to getting us there, but this is the plan she is running on.”

Even Sen. Dianne Feinstein (D-CA) pushed back on Harris, saying, “Well I’m not there.”

Okay, look. If you’re too radical for Feinstein, you’re way, way out in left field and it’s time to pull yourself back more to the center.

This just goes to show that even ardent Democrats deep down know that the socialist junk they push is bad news for America. It would negatively impact their lives as much as ours and this is why they talk a big game, but don’t take much in the way of action.

It’s all a scheme to get votes so they can sit in seats of power and more or less collect government welfare from taxpayers for doing next to nothing. It’s sick and sad.