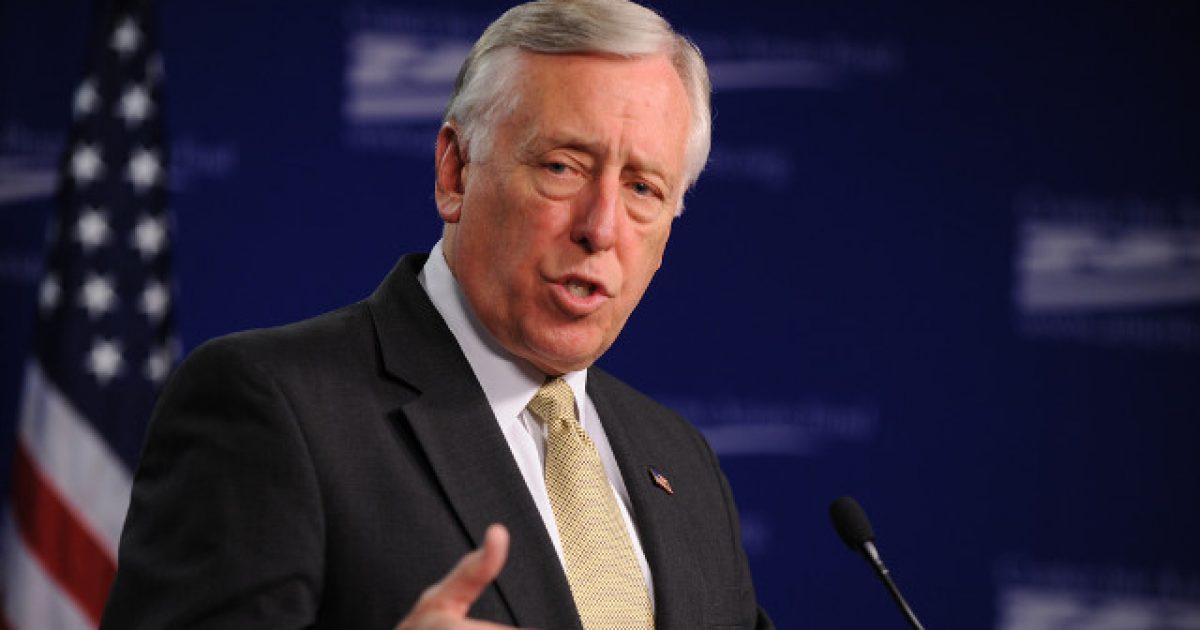 One of the objections we are constantly bombarded with by the left concerning the border wall is that it’s immoral, racist, and doesn’t work.

Well, a top Democrat stated on Wednesday that none of those points were true, opting to break from the liberal narrative on this highly divisive issue.

House Majority Leader Steny Hoyer (D-Md.) spoke with Fox News host Bret Baier about the border wall, and the congressman’s stumbling responses might make you wonder if anyone even knows why they oppose the wall at this point.

So, Baier asked Hoyer if he agreed with House Speaker Nancy Pelosi that a border wall is an “immorality.” That’s when Hoyer started to waver.

Baier persisted, pivoting to a quote from former Rep. Beto O’Rourke in which he called the border wall a “racist reaction to a racist myth.”

“I don’t talk in those terms and I don’t think that’s the way we ought to look at it,” Hoyer said somewhat evasively.

Circling back around to the question of effectiveness, Baier took the Democrats’ position to it’s logical conclusion. If walls don’t work, why do we have walls anywhere? Should we take down other walls?

Now if we’re being truthful here, it’s obvious that Hoyer just isn’t good at telling lies that fit the left-wing narrative and goofed up during the interview, revealing what he actually thinks and knows to be true instead of sticking to the talking points.

You can almost hear all of the liberals in Congress groaning collectively at the slip up, pondering ways they can punish Hoyer for his lack of tact.

Regardless of what Democrats say, we know walls work. History has proven it so time and time again. It’s time to put that bad boy and make America safe again.