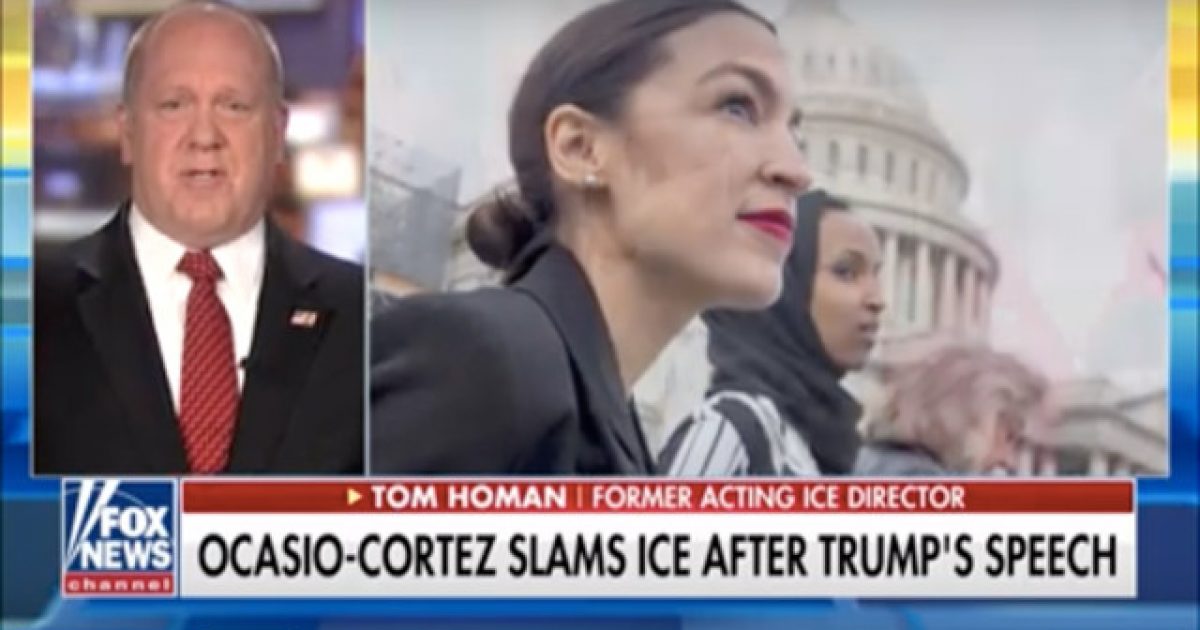 ICE Director and Fox News contributor Thomas Homan fired a few shots back at Rep. Alexandria Ocasio-Cortez after she took an opportunity to bash ICE and President Trump for alleged human rights violations at the border.

The comments were in response to Trump’s speech on the state of the border Tuesday night.

“The one thing the president has not talked about is the fact he has systematically engaged in the violation of human rights on our border,” Ocasio-Cortez said on MSNBC Tuesday night after Trump’s primetime address on border security.

She argued that Trump is responsible for migrant children being separated from their families at the border, and she claimed that a child died in ICE custody on Christmas Day.

“First of all, no child died in ICE custody. That was a different agency, that was the Border Patrol. And they did everything they could to save that child’s life,” Homan said.

He said if Ocasio-Cortez wants to cast blame for the humanitarian crisis at the southern border, she should fault the Democrats who have failed to close the loopholes in immigration law that incentivize migrants to make the dangerous trek to the U.S.

He added that Ocasio-Cortez “ought to be saying thank you” to ICE for removing thousands of criminals from the streets of New York.

“So a thank you would be nice, other than the misinformation that she usually puts out.”

You’d think with all of the media attention that Ocasio-Cortez is receiving, she’d be more apt to actually study facts, policy positions, ect. so she has a clue what she’s talking about.

That doesn’t seem to be something she’s very concerned about, thus making her the perfect face of the Democratic Party. Ocasio-Cortez is an obedient mouth piece saying all the tried and true talking points without bothering to question anything or to think through issues for herself.

Unfortunately, she’s also representative of an entire generation of brainwashed liberals who are budding and soon to enter our society in large numbers.