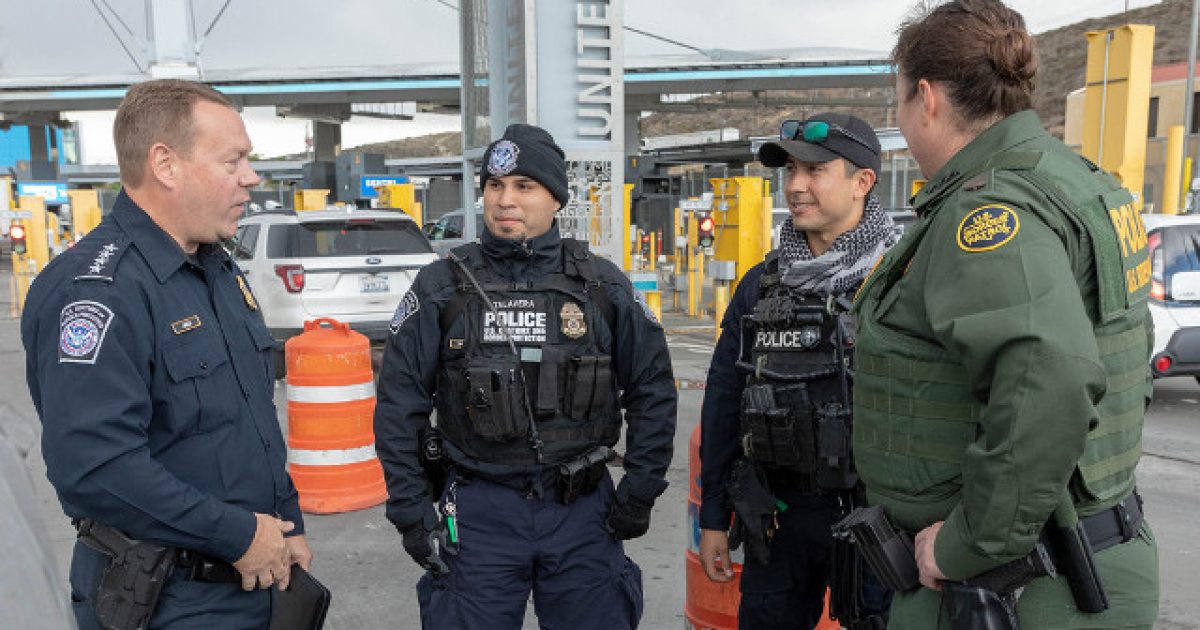 Border Patrol agents managed to seize hundreds of pounds of cocaine at an unsecured area of the U.S.-Mexico border on Thursday, according to U.S. Customs and Border Protection.

That’s right, folks. An area of the border with no wall or fence was used by criminal illegals to smuggle in hundreds of pounds of dangerous narcotics.

This should go without saying, but it’s time to build the wall. Like yesterday.

“Customs and Border Protection said the suspects were seen loading ‘bundles of narcotics’ into an off-road-style utility vehicle outside of Garciasville, a city in Texas up against the river,” the Washington Examiner reported. “The suspects, apparently aware they had been seen, were able to ‘abruptly’ drive the vehicle into the river and escape into Mexico.”

“705 lbs. of cocaine, caltrops, evidence of sophisticated counter surveillance and a splashdown in one encounter are an obvious reminder of the need for more personnel, technology, and infrastructure in the Rio Grande Valley,” acting Chief Patrol Agent Raul Ortiz said in a statement. “Transnational Criminal Organizations continue to exploit areas along our western corridor that accounts for more than 90 percent of our traffic.”

The incident comes as the Democratic Party has tried to claim in recent weeks that drugs do not come across the border, and only enter through ports of entry.

Rep. Matt Cartwright, co-chairman of the House Democratic Policy and Communications Committee, recently said that building walls would not be helpful to stemming the tide of narcotics entering the U.S.

“The first thing to focus on are the ports of entry where all the drugs are coming through or the tunnels,” Cartwright said. “This is why we’ve increased Customs and Border Protection because this is how you stop the entry of this stuff, not by building walls in places where goats don’t even climb and people don’t travel.”

President Trump has not at all been shy about stating our need for a border wall and how important such a structure is for stopping the flow of illegal and dangerous substances into America.

The only way to stop drugs, gangs, human trafficking, criminal elements and much else from coming into our Country is with a Wall or Barrier. Drones and all of the rest are wonderful and lots of fun, but it is only a good old fashioned Wall that works!

For weeks now during the government shutdown, the longest one in U.S. history, the left has been decrying President Trump’s strategy for getting funding for the wall. They’ve demanded time and time again to have this shutdown brought to an end.

The thing is, they have the power to end the shutdown in their own grasp. If they would simply put aside their own agenda long enough to put our country first and fund the wall so we can keep these drugs out of our country, the whole thing would stop and we could all move on, safer and more secure than ever before.

Will that happen? Don’t count on it.