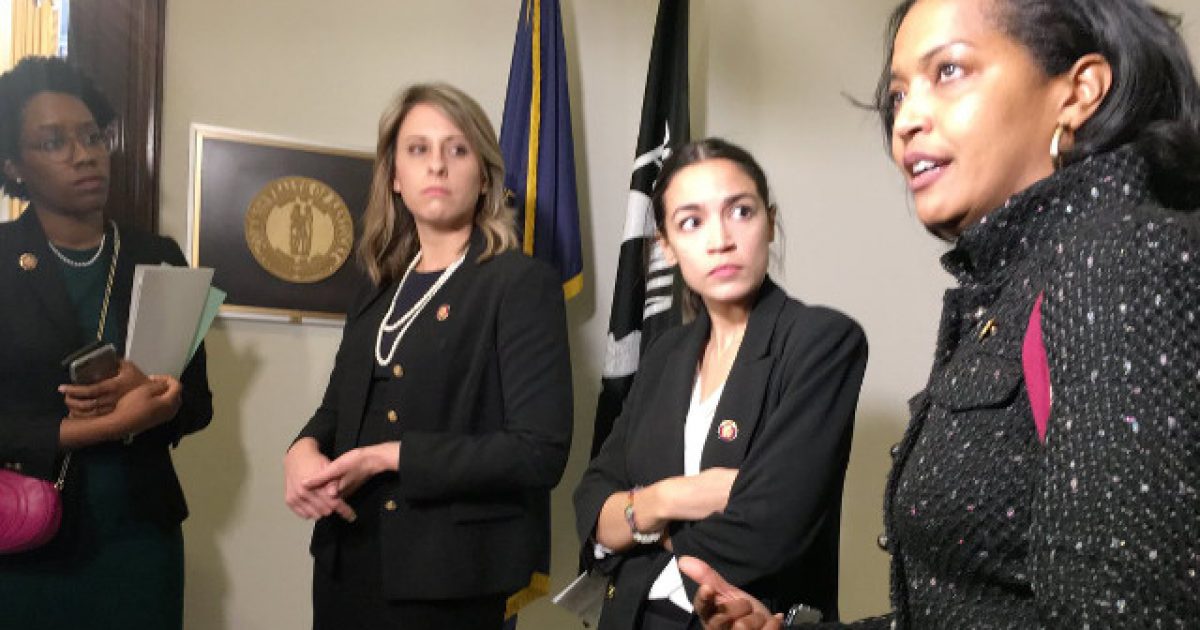 A bunch of super idealistic freshman Democrats went to go look for Senate Majority Leader Mitch McConnell to try and apply some pressure on him over the government shutdown, however things didn’t go exactly as planned.

These bright and shining stars — who are part of the future of the Democratic Party — ended up at the wrong office.

A GROUP OF HOUSE DEMOCRATIC FRESHMEN marched outside in the cold, to the Senate on Tuesday to confront SENATE MAJORITY LEADER MITCH MCCONNELL in his Russell office. The only thing is he doesn’t work in that office. They quickly switched to go to his Capitol office. When they got to the Senate side of the building, they left McConnell’s office, almost went to the Senate floor, but then quickly pivoted back to the House side of the building. If they wanted, they could’ve waited on the floor for him, since they have those privileges.

“Where’s Mitch is my question,” says @AOC w other freshmen House members delivering a letter to @senatemajldr asking for a vote on House spending bills pic.twitter.com/ZHAmPGjntS

“He seems to be running away from us,” – @AOC, as she heads to the Republican cloakroom on the Senate floor looking for Mitch McConnell

They decided they would then deliver the letter to the Senate GOP cloakroom and to McConnell’s personal office in the Senate Russell Building. The problem, however, was they didn’t have enough copies.

So Ocasio-Cortez requested the use of McConnell’s office copying machine.

The freshmen then marched in the direction of the Senate chamber to deliver copies to the Senate Republican cloakroom, encountering there some confusion over the correct entrance to the room.

They left a note signed by more than 30 House freshmen for him on his desk in the Senate, hoping, I guess, that he’ll read it and “run train” on the shutdown.

Of course Ocasio-Cortez would be involved in this sort of a screw up. Incompetence is her middle name, a claim to fame she’s well established with the ever growing list of gaffes she makes on an almost daily basis.

If this girl’s moving her mouth, she’s making a fool of herself. Guaranteed.

Now, apparently, she doesn’t have to say a word to mess up. That takes a really special talent.