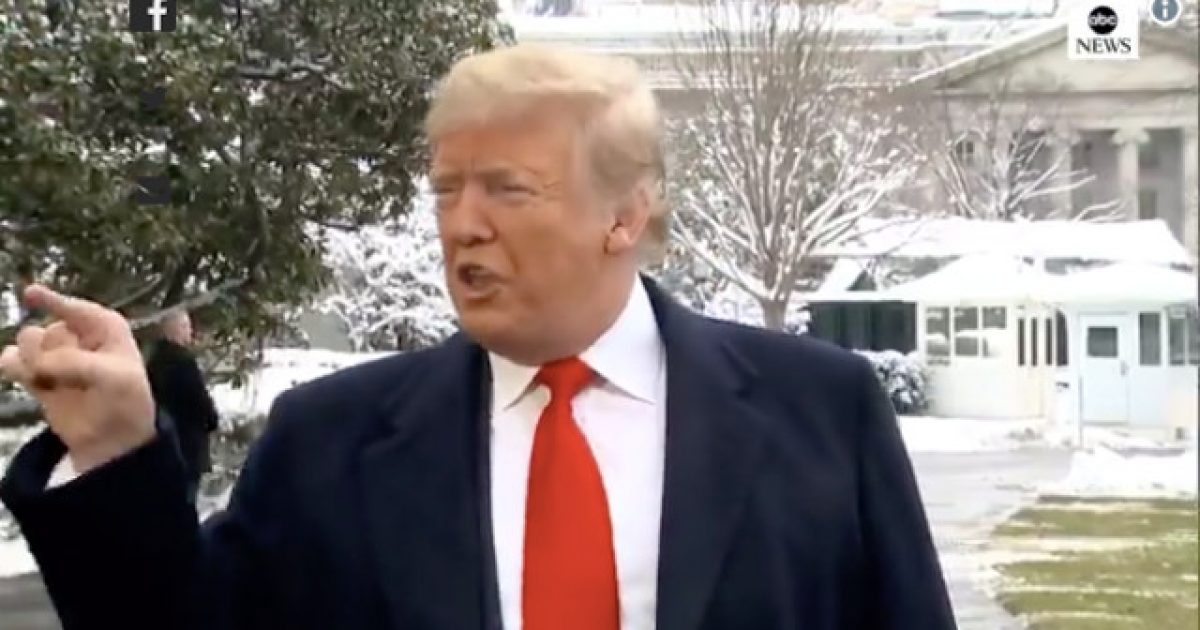 After the firing of FBI Director James Comey by President Trump back in May of 2017, senior officials with the FBI considered the possibility that the president may have been acting at the direction of the Russian government.

A report by CNN indicates that a half-dozen FBI officials got together after Comey was booted from his position to “debate a range of possibilities” in “trying to understand why Trump was acting in ways that seemed to benefit Russia.”

Gee, the FBI seem strangely suspicious of their current Commander-in-Chief, don’t they? Were they like this when Obama was in office? Don’t recall that being the case.

James Baker, who at the time served as the FBI’s general counsel, told congressional investigators the FBI “theoretically” considered if Trump, in regard to Russia, was “acting at the behest of and somehow following directions, somehow executing their will.”

“That was one extreme. The other extreme is that the President is completely innocent, and we discussed that too. There’s a range of things this could possibly be. We need to investigate, because we don’t know whether, you know, the worst-case scenario is possibly true or the President is totally innocent and we need to get this thing over with — and so he can move forward with his agenda,” Baker said at the time, according to CNN.

“I’m speaking theoretically. If the president of the United States fired Jim Comey at the behest of the Russian government, that would be unlawful and unconstitutional,” Baker explained.

The group of FBI officials discussing what to do following Comey’s firing may have included disgraced agent Peter Strzok and FBI lawyer Lisa Page, who were later revealed to be staunchly against Trump, leading to Strzok’s removal from special counsel Robert Mueller’s investigation.

Also, Baker told Congress that questions surrounding Trump’s potential collusion with Russia, and whether he was acting at Russia’s behest, drove the bureau’s decision to open an obstruction of justice probe against him.

“Not only would it be an issue of obstructing an investigation, but the obstruction itself would hurt our ability to figure out what the Russians had done, and that is what would be the threat to national security,” Baker said.

President Trump spoke to the media outside the White House on Monday, calling the allegations of his working with the Russian government a “disgrace.”

The liberal media and Democrats in Congress are obsessed with this whole Russia investigation as they’re hoping that they will find some sort of bombshell that will get him impeached and removed from office.

However, it’s not looking likely that any such bombshell exists. The only reason they’re putting so much effort into this strategy is because they are still sore over losing in 2016. They are the ultimate sore losers.

Will they ever grow up? Probably not.