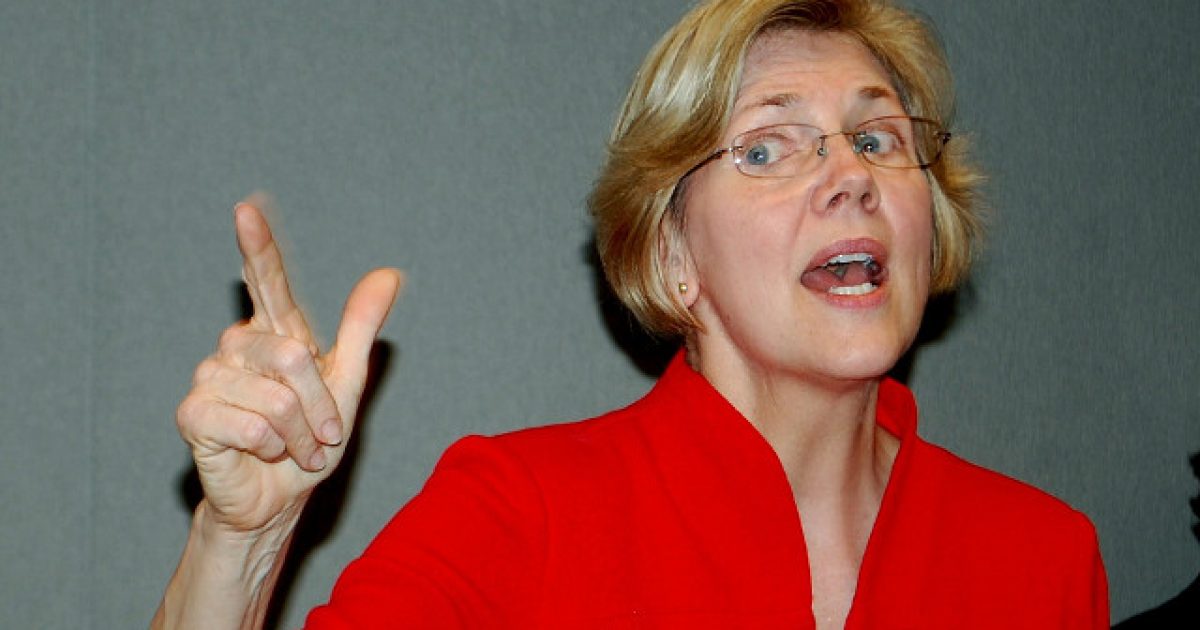 Sen. Elizabeth Warren has issued a response to President Trump’s amazing Twitter troll of her announcement to create an exploratory committee for a presidential run in 2020.

Trump posted a potential campaign slogan that mocked her DNA test results which stated she is 1/1024 Native American. Warren responded by completely ignoring the dig and attempting to slam the president over the government shutdown.

“How about if the president spends his time getting the government back open,” Warren told reporters Thursday, adding, “Donald Trump can bluster forever.”

Trump meme’d hard on Warren via Twitter earlier in the day for her phony claim of Native heritage, which was essentially debunked by Warren herself late last year. The president with a knack for branding kicked off Warren’s recent bid as a 2020 presidential hopeful by posting the following meme, which happens to have been created by the fine folks at The Daily Wire:

As you might notice, the parody “Warren 2020” logo actually reads, “Warren 1/2020th” — a reference to Warren’s DNA test findings. According to The Boston Globe, you have to go back some six to 10 generations to find any such ancestry, ranging from 1/64 to 1/1,024 part Native.

“We’re now in the 13th day of the shutdown, we have hundreds of thousands of federal employees not getting their paychecks and work that’s not being done all around this country,” she said. “Those are the issues we need to worry about, and that’s where we need to focus.”

One of the reasons Warren gets mocked ruthlessly over her claims of Native American heritage is because she used it to help give her the edge when attempting to land a job at Harvard.

Eventually Warren is going to have to address this particular issue and claim, because there’s no way under the yellow sun that Trump is going to stop ripping her over it. This is his golden goose against her and it produces endless fruit for his style of smash mouth politics.