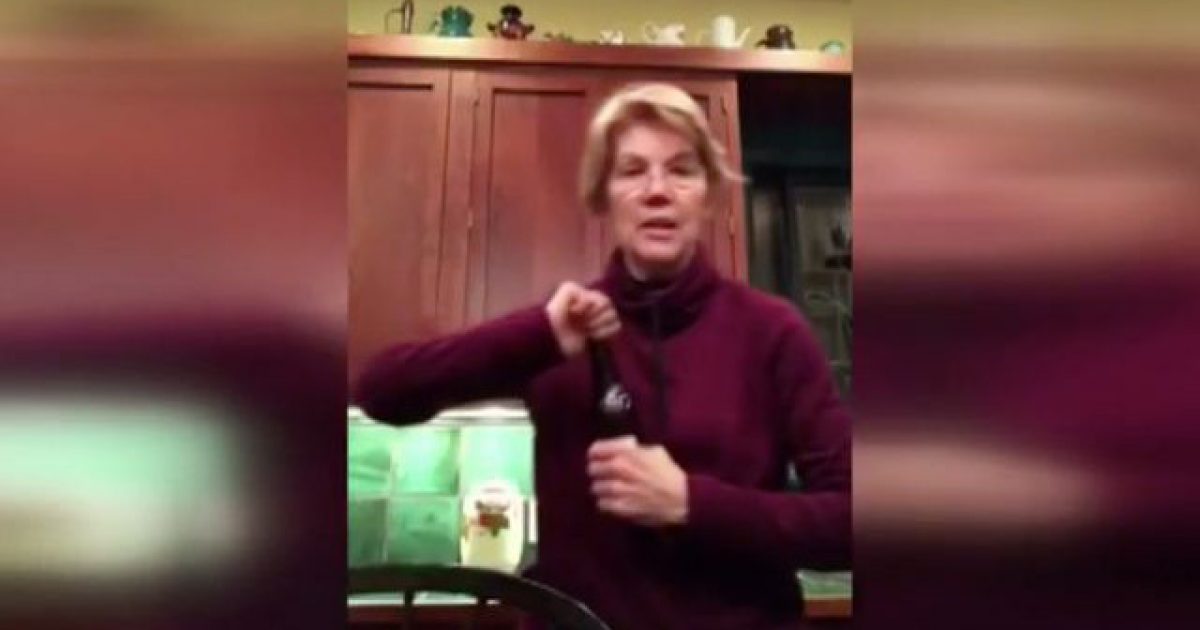 Well, it seems that Sen. Elizabeth Warren is actually serious about giving the 2020 presidential election a go, holding her first campaign rally this past Saturday in Iowa.

However, it didn’t really go as she hoped, especially since the very first question had nothing to do with her policies or platform and was about the infamous DNA test results that show she has a fairly weak claim to Native American ancestry.

It just gets worse from there.

CNN reports that Warren “was confronted by a voter in Sioux City on Saturday morning over her controversial decision to use a DNA test to prove her claims to Native American ancestry,” and that Warren was subsequently forced to admit that she is not a “person of color.”

Warren also defended her decision to “prove” her Native American ancestry, adding that she just wanted to “put it all out there,” even though the DNA test showed Warren was likely only 1/1024 Native American (and even that is an estimate).

At that point, Warren pivoted to her campaign’s latest tactic for dispelling concerns over her wrongful appropriation of Native American culture and ancestry, reminding her audience that Donald Trump frequently makes “racially charged” comments.

“I can’t stop Donald Trump from what he’s going to do,” Warren said. “I can’t stop him from hurling racial insults. I don’t have any power to do that,” she told the audience.

President Trump was not hurling racial insults at Native Americans. It’s quite the opposite actually. He was making fun of Warren for faking her heritage, which is way more offensive to Native Americans than anything Trump said.

He was not at all trying to be racist toward those individuals, but was ridiculing Warren. That much should be pretty obvious.

Warren went on to state that she plans to ignore such rhetoric from Trump and keep her campaign focused on the “issues.”

What Warren fails to realize is that she’s — figuratively speaking — dead in the water no matter what. She’s a toxic candidate, even worse than Hillary Clinton was in 2016. With each showing she makes it only digs the hole that much deeper for her.

If the Democratic Party wants to have a real shot at winning the presidency, they’re going to have to choose a candidate that is likable. Warren does not fit that description, no matter how many Instagram videos of her having a beer she posts.