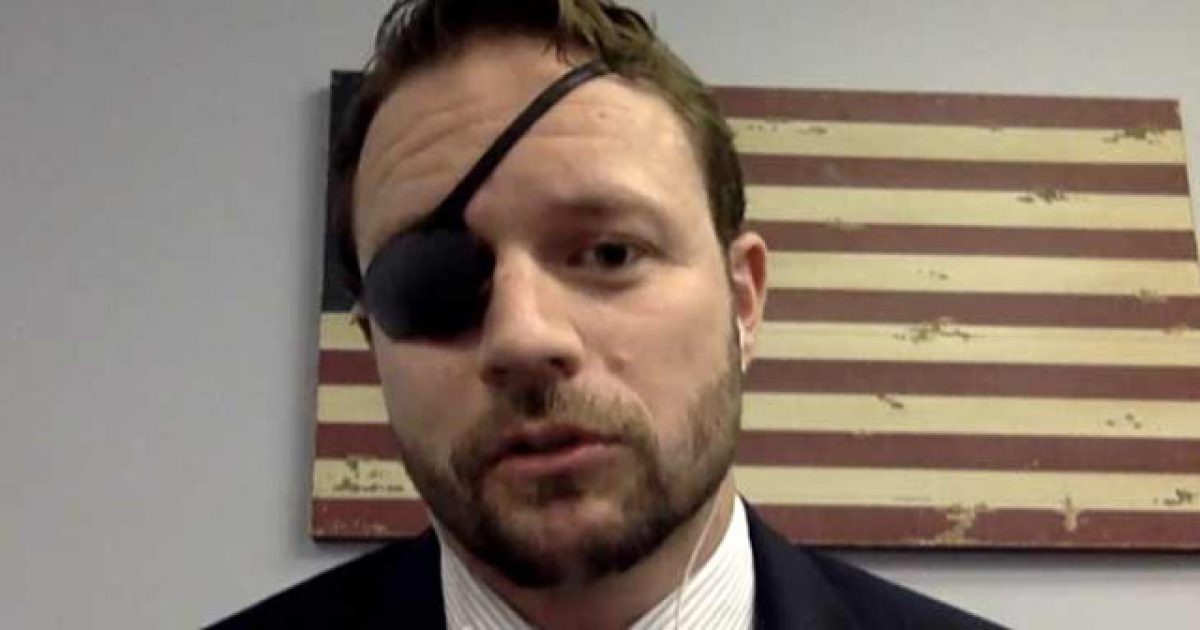 Texas Republican Rep. Dan Crenshaw took Democrats to the woodshed on Thursday for blabbing on about the importance of ending the shutdown so government employees can get paid, while at the same time voting against legislation that would pay them.

“If [the Democrats’] priority is really federal workers, and that’s a laudable priority for sure, then let’s actually pay them so that they can’t be used as pawns,” Crenshaw said on ‘Fox and Friends’. “If we’re not paying them, then I don’t know what else to say except that Democrats actually want them as leverage and that’s really not right.”

The House passed a stopgap funding bill on Dec. 20 that included $5.7 billion to construct a wall on the U.S.-Mexico border, however, with a 51-seat majority, Republicans fell short of the necessary 60 votes needed to send it to President Donald Trump’s desk for signature, and consequently, a partial government shutdown has been in effect since funding expired Dec. 21.

House Democrats have been introducing appropriation bills that do not include any funding for a border wall, a move which Trump, as well as other congressional Republicans, hailed as a non-starter.

Republicans made a motion on Wednesday to erase another Democrat-sponsored appropriations bill and vote instead on a measure to secure pay for government employees. Only ten Democrats joined the GOP and voted in favor despite their constant calls to pay federal workers. Days earlier, only six Democrats voted for a similar measure.

“This is a very little known fact but it’s very important. Over the last week, we voted twice on a motion to recommit, which would send an appropriations bill back to committee, in order to pay federal workers,” the Texas congressman explained. “Now this is separate from the bipartisan plan to give them backpay. That’s separate. This is two other bills that would actually pay them in real time. This would actually pay them right now … this is important.”

This a fine example of how the left likes to talk, talk, talk, but can’t seem to find the intestinal fortitude to walk, walk, walk.

Yes, practicing what you preach is definitely not the strong suit of the Democratic Party, but it’s time for them to put their big kid pants on and pass legislation to pay these people. Not to mention get their behinds to the negotiating table, fund the wall, and end the shutdown.

This has gone on long enough. Time to put America first.