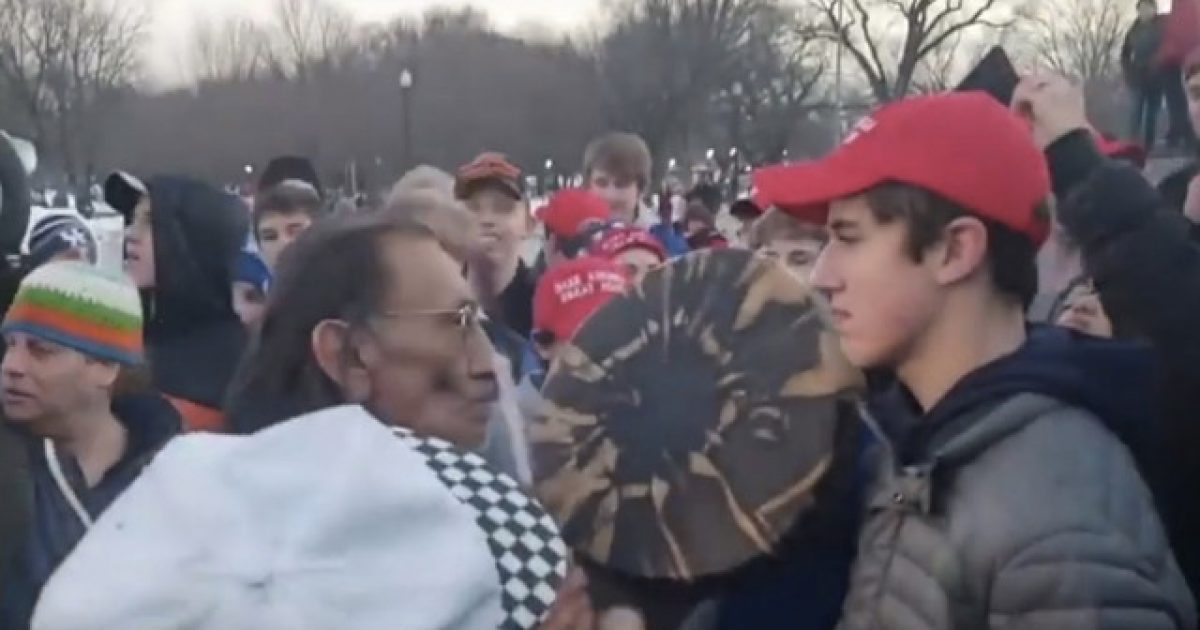 Covington Catholic High School in Covington, Kentucky, whose students have found themselves at the center of a controversy surrounding a misleading viral video involving a Native American protester, was forced to cancel classes on Tuesday after receiving threats.

All of this comes despite the fact that more video footage was discovered that proves the kids didn’t start the incident involving Native American Nathan Phillips, but were in fact victims of provocation.

“After meeting with local authorities, we have made the decision to cancel school and be closed on Tuesday, January 22, in order to ensure the safety of our students, faculty and staff,” according to a letter from Principal Robert Rowe, the station said.

“All activities on campus will be cancelled for the entire day and evening,” the letter added, WXIX said. “Students, parents, faculty, and staff are not to be on campus for any reason. Please continue to keep the Covington Catholic Community in your prayers.”

The station said extra security was to be in place when students returned to campus Tuesday following threats against the school and students over the weekend.

Journalists pounced on the misleading video of Friday’s incident, claiming that student Nick Sandmann got in the Native American man’s face and that Sandmann’s Convington classmates surrounded Nathan Phillips — who was beating on a drum and chanting — and were mocking and trying to intimidate him when apparently all he wanted to do was head up the Memorial steps.

But additional video emerged showing that, in fact, it was Phillips who approached Sandmann and his classmates, and he had plenty of room to head up the steps prior to the face-to-face standoff.

CNN Business reported that Twitter suspended a suspicious account that spread the misleading video — and a tech expert added that a network of anonymous accounts worked to make the video go viral. The video’s caption read, “This MAGA loser gleefully bothering a Native American protester at the Indigenous Peoples March,” the cable news network said.

A number of journalists and other notable figures reversed their initial positions and apologized for jumping the gun on the false narrative — while others simply deleted their incorrect posts castigating the students over the incident.

The perpetually offended left-wing militants in this country are so desperate to feel relevant, to have a purpose that gives their lives meaning, they’re willing to completely fabricate a non-story and then drive it into the ground with their fake online activism.

It’s a strategy for pushing an agenda that is both pathetic and extremely sad.

The folks behind this mess have caused all of this trouble for these kids, no doubt targeting them because of the MAGA hats they were wearing at the time.

Truly and utterly deplorable move on behalf of the liberal movement.