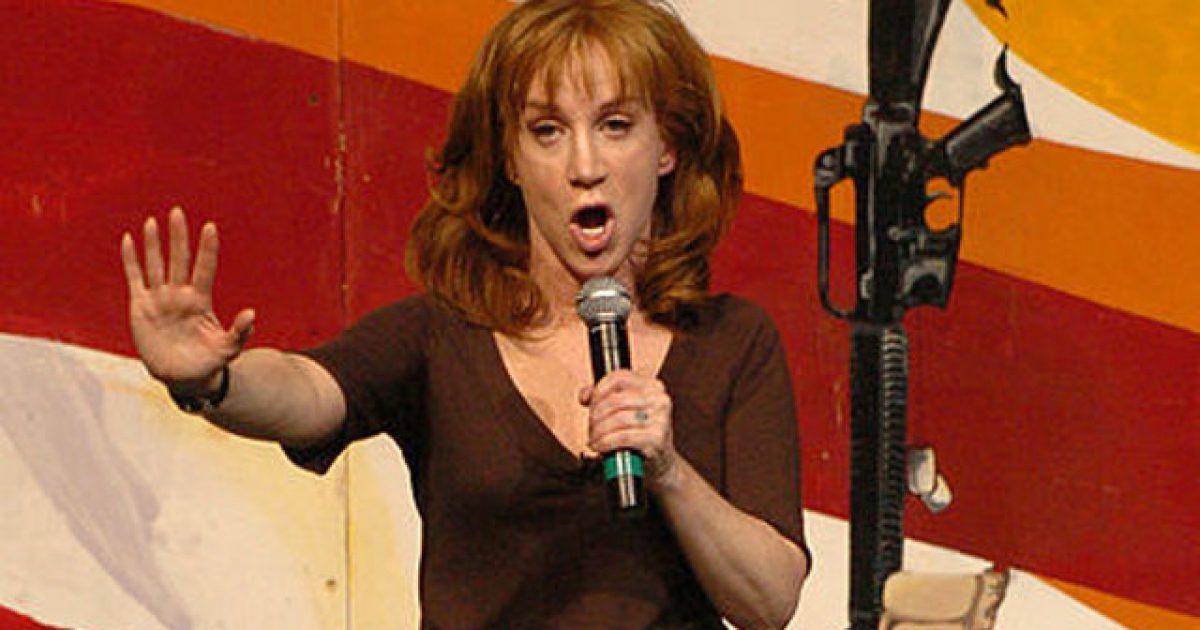 CNN, the nation’s leader in fake news according to President Trump, once again hosted a New Year’s Eve program, and once again, it was a flaming disaster.

You had host Anderson Cooper getting plastered on tequila and talking about his mother’s sex life. Then there was a segment where a reporter talked about wearing sexy red underwear while a young child stood behind her.

But apparently, according to some “juicy gossip” from Trump hating comedian Kathy Griffin, that’s just the beginning. If you remember correctly, Griffin used to help host the event and was fired from the gig following her gruesome photograph featuring a beheaded Donald Trump.

Griffin began her soliloquy by first thanking her many fans for expressing their dismay over her absence at the CNN New Year’s Eve show this year, during which her former co-host Anderson Cooper pounded shots while revealing one too many details about his mother’s sex life.

“I’m so flattered and touched by all the comments saying that you miss me co-hosting the New Year’s Eve telecast,” said Griffin. “I’ve been pleasantly surprised by the positivity and I want you to know how grateful I am.”

The toxic comedienne then announced she had some inside dirt about CNN regarding their treatment of SNL cast member Leslie Jones. According to Griffin, Jones at one point was floated as a potential host for the CNN show but was dropped entirely for an inexplicable reason.

“I heard that they had downgraded her to a couple of segments or some sort of a guest role,” said Griffin. “Anything less than co-hosting screams to me very little or no pay, and a lack of respect for someone who is such a proven talent, has a big fan base, and knows what she’s doing. She has paid her dues and then some!”

She continued: “Soon after, I heard from a couple folks she had been dropped from the show entirely because NBC Universal did not want her to appear on a different network. This didn’t pass the smell test with me. The #JeffZucker I knew for years could make this happen. What say you, Jeff?”

Griffin went on to note that it took her ten years to reach a salary of $150,000, despite the fact that Anderson Cooper routinely brags that his salary is $10 million a year.

She also shares about a time she asked Zucker for a raise, which resulted in an angry confrontation and a 30 percent decrease in wages.

Griffin, ever the martyr, put on her best victim cap and stated that she took the pay cut because she truly enjoyed making people laugh. Enough to make you gag, right?

It’s hard to take anything Griffin says as truth, given the nature of her personality and her penchant for not being a bastion of integrity.

However, would it really surprise anyone to find out that Zucker and company might be a raging group of jerks? Seems to fit the folks there quite well.