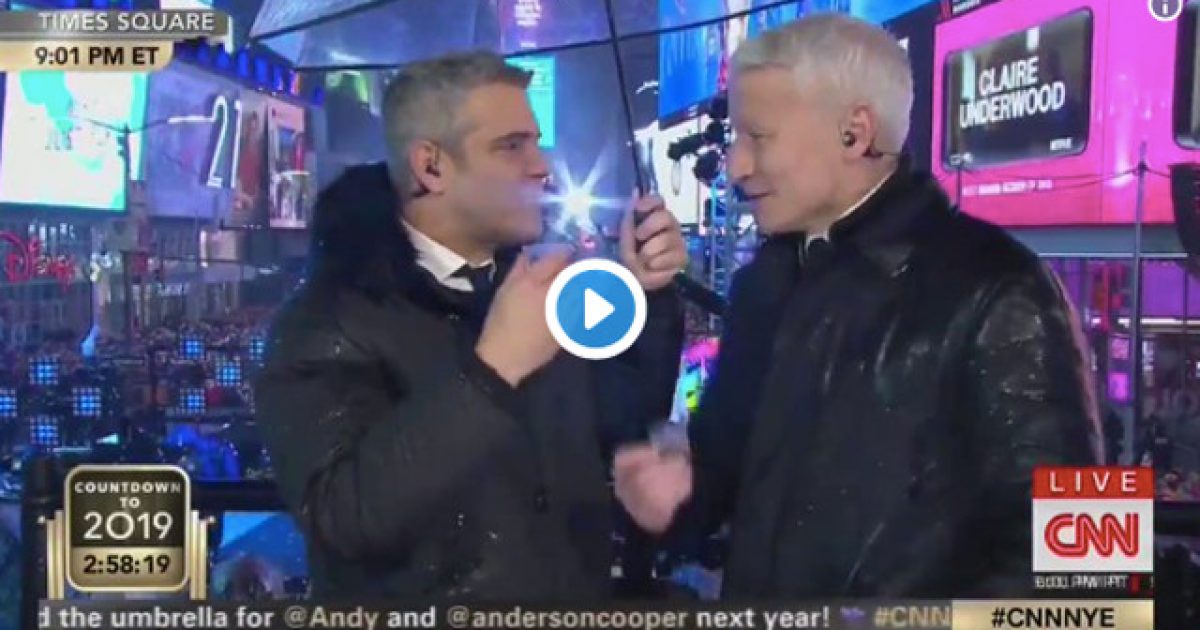 CNN is not exactly known for it’s “wholesome” perspective on the world, nor does it provide family-friendly entertainment, but what host Anderson Cooper did during New Year’s Eve coverage was about as classless as you can possibly get.

Apparently Cooper downed a bunch of tequila shots on air and ended up blabbering on and on about his mother’s sex life.

She must be proud.

After downing one particular round of shots, Cooper began making obnoxious sounds as he complained about the alcohol: “Ah! Gaw! Ah! Aw! It’s like burning your lungs! Aw!” Cooper said, along with awkward hissing sounds.

Later in the night, while talking with Dunaway about famous men she’d worked with, Cooper brought up his mother’s sex life, claiming that she “hooked up with” Marlon Brando.

“She and Carol Matthau both watched the movie and both made a deal they were going to ‘meet up,'” Cooper said. “Carol got it first and then set it up for my mom. It was a ‘one night date.'”

Anderson Cooper talks about his mom's sex life, says she "hooked up with" Marlon Brando: “She and Carol Matthau both watched the movie and both made a deal they were going to ‘meet up’ … Carol got it first and then set it up for my mom. It was a ‘one night date.” pic.twitter.com/406dGiFUgO

With the way he speaks about his own dear mother, is it any wonder he despises President Trump?

While we could all sit here and shame him for his behavior, what’s more shameful is the fact that CNN allowed their hosts to act so unprofessionally and drink themselves silly while on national television during a live broadcast.

This is just another reason to shake your head at the current state of the mainstream media and it’s complete lack of integrity.