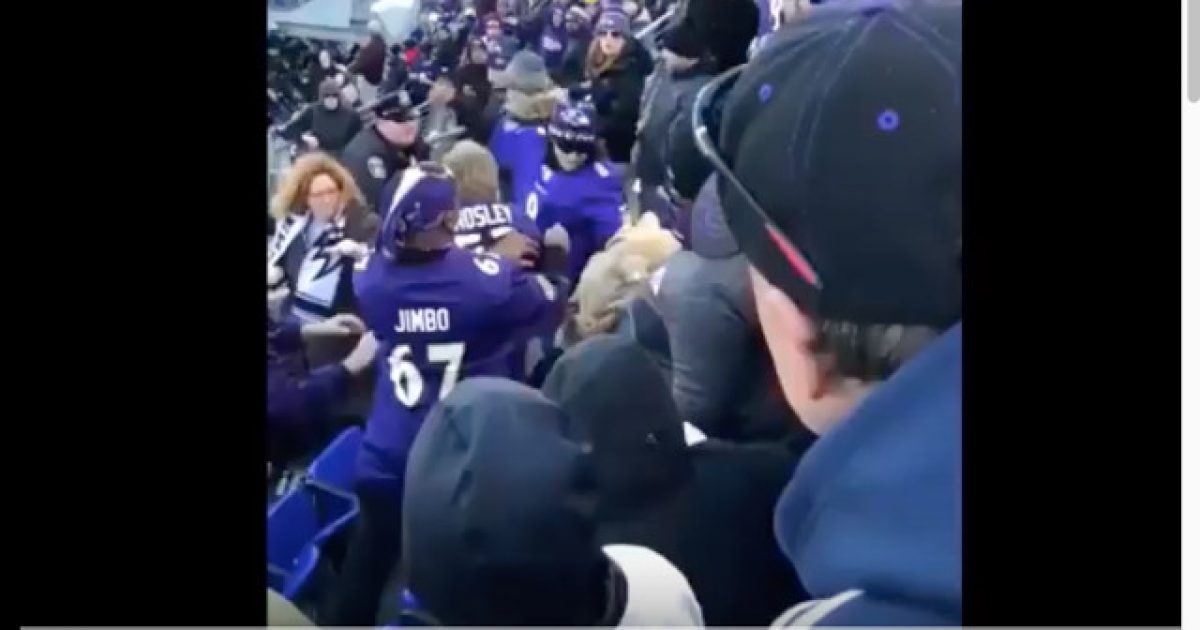 It’s no secret that at the heart of sports fandom is tribalism, a mentality of societal belonging that passionately connects individuals together in a group over a shared commonality, in this example, a sports team.

This often times why folks get nasty with others from a different “tribe” or “fandom” than their own, feeling as though any sort of criticism of their team is akin to a personal assault on themselves and their “family” or fellow tribe members.

This is precisely what happened during a playoff game between the Ravens and the Chargers when a brawl broke out in the crowd. And, of course, thanks to modern technology, we have the whole thing captured on video.

Some fans at the Baltimore Ravens playoff game against the Los Angeles Chargers got way too out of control Sunday.

A group of fans clad in Ravens gear started attacking each other. It’s not clear what started the entire incident, but it’s clear as day that the participants of the fight were pretty pissed.

There’s a lot of positive good that can come out of loving a sport, whether that’s playing and actually participating or just being a diehard fan and spectator.

However, when you take a “good thing” and make it a “God thing” that’s when it all goes horribly, horribly wrong.

The fact these folks were willing to battle each other over a sport, a game, is evidence these individuals have created a false idol to worship instead of God. They met at their “temple” on Sunday to pay homage to the god of their choice, and viciously attacked others who didn’t worship their god.

It’s a sad and sickening display. Football is a gift from God when enjoyed properly. This little incident does not fall into that category.