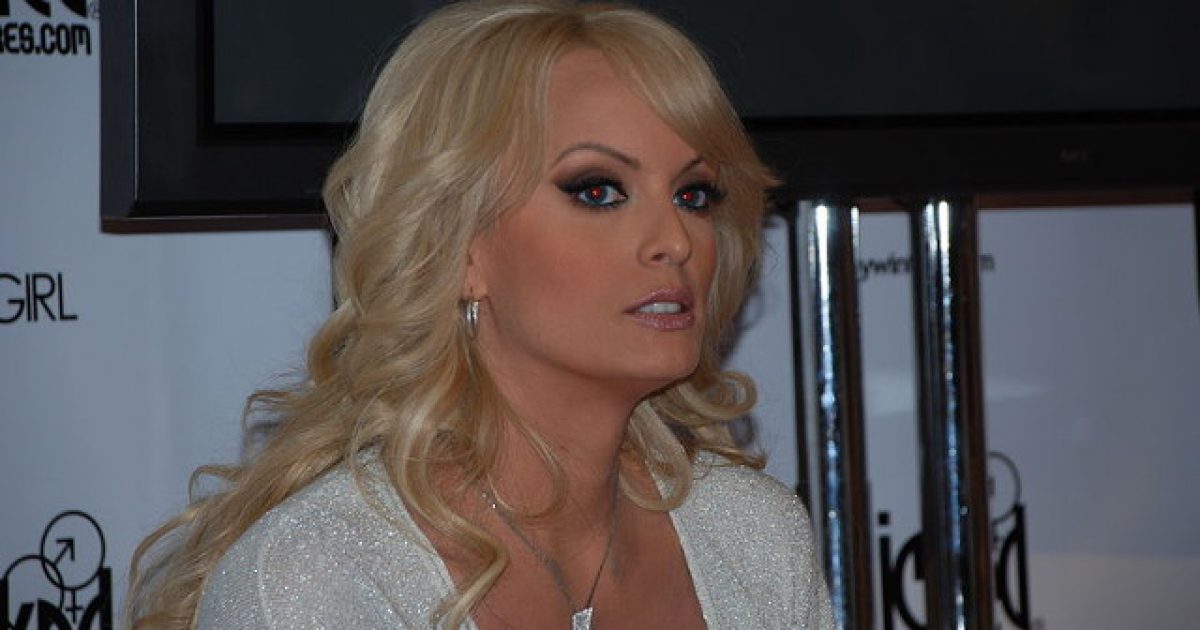 Boy, that Stormy Daniels is one classy lady, isn’t she folks?

Daniels live streamed herself on Instagram folding laundry in her underwear for eight minutes.

“If you’re looking for anything even remotely worth watching tonight at 9pm EST, I will be folding laundry in my underwear for 8 minutes on Instagram live,” Daniels said on Twitter while linking to her Instagram account.

If you're looking for anything even remotely worth watching tonight at 9pm EST, I will be folding laundry in my underwear for 8 minutes on Instagram live. https://t.co/GhMowscZMP

What’s especially odd about this announcement from Stormy is that it comes on the heels of her alleging that President Trump “ruined” her career. If that truly is the case, then why would she in any way deliberately attempt to associate her “work” with the man?

Over at NBC, late-night host Seth Meyers went as far as to persuade the networks into completely blackballing the president’s speech.

“First of all, just because Trump wants to address the nation doesn’t mean networks should air it,” said Meyers. “Otherwise, they’re just passing on his lies unfiltered. They should either reject him outright, or, if he insists on speaking in prime time, make him do it as a contestant on ‘The Masked Singer.'”

CNN’s Don Lemon suggested that unless there was a live fact-checking going on during Trump’s address, the networks are helping to promote his agenda.

Anyway, it certainly seems like Daniels is not a bit afraid to continue riding the Trump wave as a means of keeping her popularity up so she can keep making money with her dirty movies. Just goes to show that the president’s enemies, as much as they claim to hate him, secretly love the fact they can make a fortune off his name.