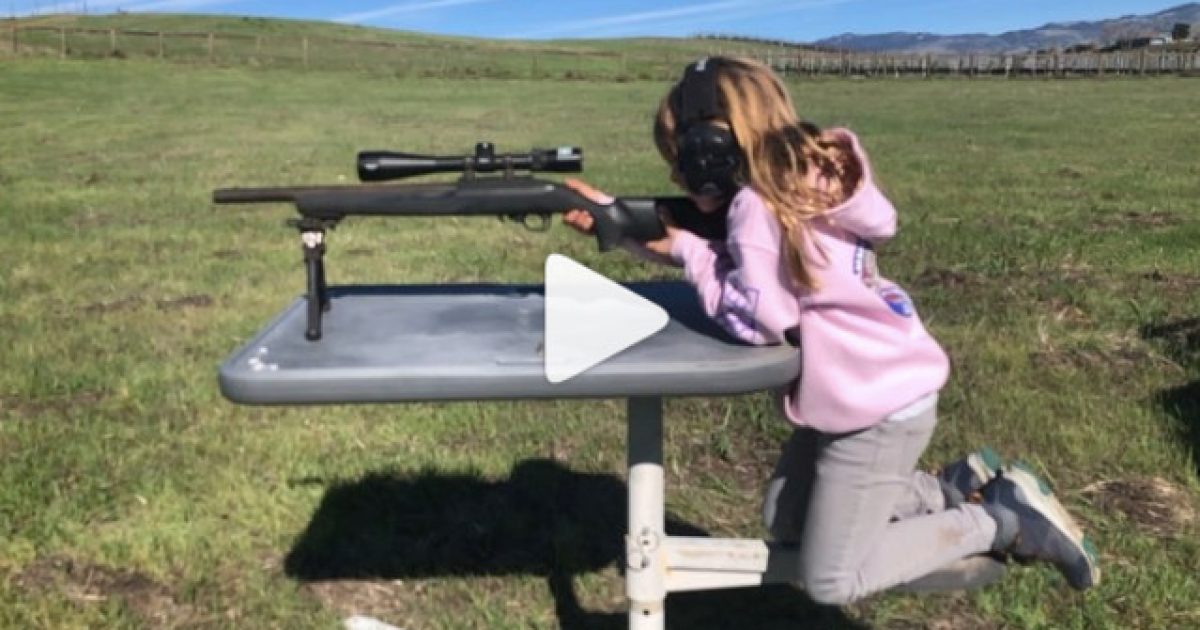 Corey Hart, former motocross competitor and husband of pop star Pink, found himself being raked over the coals by left-wing trolls on social media after posting a video of his 7-year-old daughter shooting a rifle.

However, these folks bit off more than they could chew as Hart squashed their criticisms with a pro-Second Amendment argument.

Hart, who is a former professional motocross competitor, shared an Instagram video on Wednesday featuring his 7-year-old daughter Willow shooting a .22 rifle. He captioned the photo, “Haven’t poked the parent police bear in a few days.”

“Willz and I shooting the 22 rifle. She is getting pretty good. Can hit a 12 inch pie plate from 30 yards,” he added. “Started her shooting at 3yrs old.”

“For the record,” he added, “non [sic] of us hunt, just enjoy shooting for sport. I’m raising the kids with the knowledge of fire arms, how to handle them, shoot them, store them, and avoid them in uneducated hands.”

In the video, Hart’s daughter can be seen wearing shooting earmuffs asking Hart, “Can I go?” Hart told the child to fire at will, but she hesitated and asked, “Wait, is the safety on?” She then went on to fire the rifle.

Not long after the video was posted, the anti-gun crowd poured out of the woodwork and started calling Hart an irresponsible parent for letting his kid use a gun.

In the comments section on the video, Hart addressed the critics. One user wrote, “There is absolutely no reason why a three-year-old needs to be shooting a gun. It is just indoctrinating the toxic American culture that guns are somehow ‘cool’ and a ‘hobby.'”

Hart responded, “That is your opinion. I never slam people for speaking their opinion. I enjoy debate and shedding light on subjects that are sensitive like this. Now when you disrespect my country or ‘culture’ I feel I have every right to get nasty.”

He later added, “I think this is an extremely important topic of education,” noting that he also planned on purchasing a bow for his daughter later this year.

Another Instagram user said that Hart should be afraid of his daughter losing control of the weapon and shooting him in the face in error.

In response to other users who saw Hart’s video as a negative, he cited his firm belief in upholding his Second Amendment rights.

Haven’t poked the parent police bear in a few days. Willz and I shooting the 22 rifle. She is getting pretty good. Can hit a 12 inch pie plate from 30 yards. Started her shooting at 3yrs old. For the record non of us hunt, just enjoy shooting for sport. I’m raising the kids with knowledge of fire arms, how to handle them, shoot them, store them, and avoid them in uneducated hands. #knowledgeispower

Education is the best solution to prevent household accidents when it comes to guns. Teaching kids how dangerous these tools can be, along with how to properly handle them, will help reduce these incidents.

And, since the point of the Second Amendment is to provide citizens with the means to defend their life, liberty, and property, allowing kids to learn weapons like this will enable them to be able to defend themselves later in life.

Seems like Hart’s a pretty good dad to me.