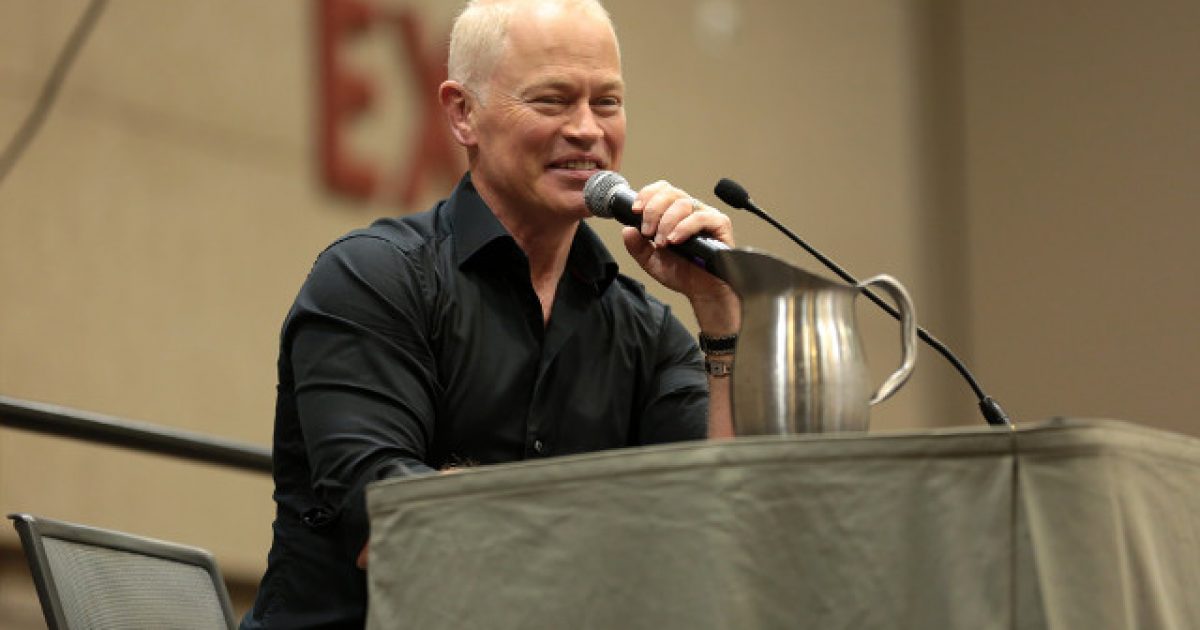 Actor Neal McDonough recently revealed the shocking reason he was fired by ABC from their hit 2010 television series, “Scoundrels.”

He refused to do sex scenes with co-star Virginia Madsen. Apparently being a “one woman guy” isn’t a hip thing in Hollywood.

“I was [surprised], and it was a horrible situation for me,” the actor recently told Closer Weekly. “After that, I couldn’t get a job because everybody thought I was this religious zealot. I am very religious. I put God and family first, and me second. That’s what I live by. It was hard for a few years.”

Deadline.com previously reported McDonough, now 52, was suddenly replaced with David James Elliott three days into the filming of the series and was poised to lose “as much as $1 million in paydays.” The New York Daily News added the network’s decision to replace McDonough was a shocker because he is known for refusing sex scenes due to his religious beliefs.

At the time, ABC explained the move was simply a casting change.

McDonough has been married to model Ruvé Robertson since 2003 and the couple shares five children. McDonough told the magazine that he’s so dedicated to his wife that he still refuses to do love scenes with other actresses.

“I won’t kiss any other woman because these lips are meant for one woman,” he declared.

McDonough told Closer Weekly he had no regrets ditching love scenes with his on-screen wife Nicollette Sheridan in “Desperate Housewives.” McDonough appeared in that series from 2008 until 2009.

“When [creator] Marc Cherry signed me, I said, ‘I’m sure you know, but I won’t kiss anybody,’” recalled McDonough. “He was like, ‘But this is ‘Desperate Housewives!’ I said, ‘I know.’ He paused for about five seconds and said, ‘All right, I’m just going to have to write better.’ And we had a great time.”

This McDonough guy is a class act, isn’t he? Wow. To hear someone talk so highly of their wife and their family relationship who works in Hollywood is absolutely refreshing.

The entertainment industry has garnered a reputation for being a cesspool of liberal thought and belief, where being a person of faith or espousing conservative views could land you in hot water. The fact that there is an increasing presence of Christians in Hollywood, working in mainstream entertainment, is very encouraging.

Here’s to many more happy, faithful years of marriage for McDonough and his bride.

Frontier Airlines Claims “Federal Law” For Facemasks, Then Kicks Off Family Because Baby Doesn’t Have One – In Violation Of Their Own Policies! (Video)
March 1st, 2021 Sons of Liberty Media

George Washington’s Warning About Alienating ‘Any Portion Of Our Country From The Rest’
March 1st, 2021 DC Dirty Laundry