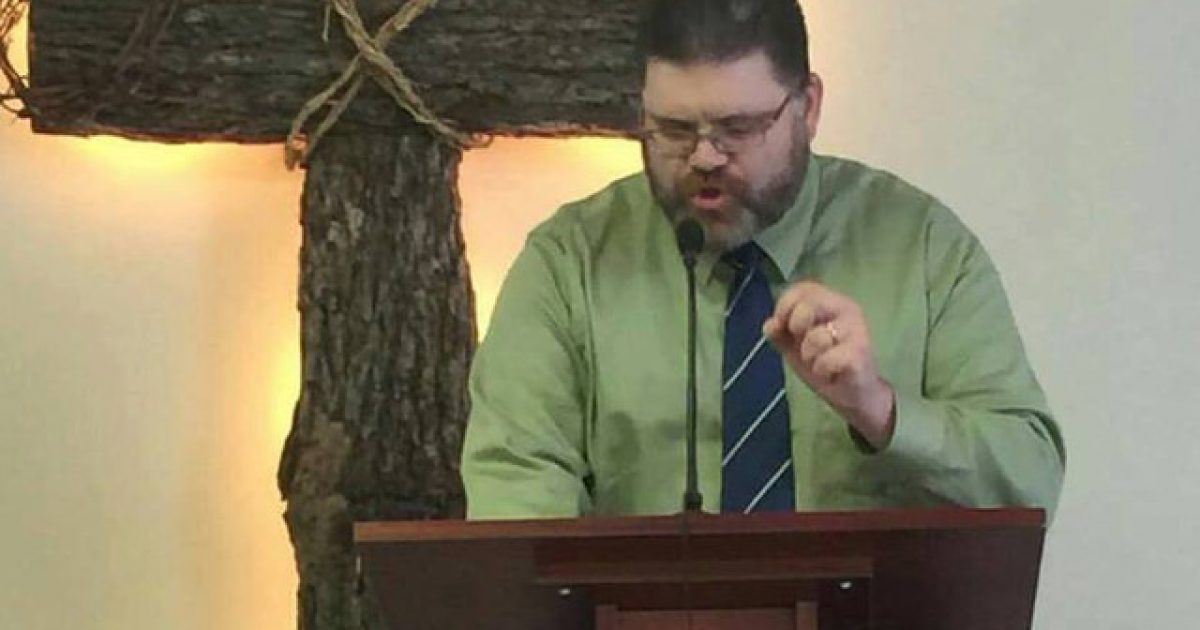 Justin Hoke, the former pastor of Trinity Bible Presbyterian Church in the city of Weed, California, has announced that he has been ousted from his position, thanks to his posting a sign that stated Bruce Jenner, who now goes by the name “Caitlyn” was still a man.

Rabid LGBT advocates also vandalized the sign, because, tolerance or something of that nature.

Hoke announced his being booted via a post on Facebook saying, “As of today, I am no longer the pastor of Trinity Bible Presbyterian Church.”

Perhaps this “church” — a term that ought to be used lightly in this case — should consider removing the word “Bible” out of it’s name, considering the fact they seem to care very little for what the Good Book actually has to say on the topic of transgenderism.

On Monday, the former pastor added that he didn’t want to leave, nor did he quit or step down from his position, stating he was willing to stay.

Last Friday, Justin Hoke posted a photo of the church’s billboard to Facebook. “Bruce Jenner is still a man. Homosexuality is still a sin. The culture may change. The Bible does not,” the sign read. Hoke posted the photo with a quote from 1 Corinthians 13:6, “Love does not rejoice in iniquity, but rejoices in the truth.”

Late on Sunday night, after the pastor was ousted, he posted a long message on Facebook focusing on the gospel. “We live in a time in world history where the truth of the Bible about how men can be reconciled with God has been so distorted, that while most have heard some presentation of the facts, they have not heard the true gospel,” he wrote. “The gospel is the work which Jesus accomplished to redeem His people from their sins. He did this by becoming fully man and remaining fully God.”

Hoke focused on theological issues, laying out the Christian doctrines of the Fall, Jesus’s birth, death, and Resurrection, and how Jesus saved those who believe in Him from the just punishment for their sins, eternity in hell.

It’s totally tragic that this man has had his job — which is to preach the fullness of the Word of God, whether other people like what He has to say or not — pulled out from underneath him for boldly standing up for the truth of the gospel.

Our culture has gone completely mad. We now believe it’s possible for biological males and females to swap out their own gender, despite the hard scientific and spiritual truths that say the contrary.

What’s more disturbing is how the modern, mainline evangelical Christian church is so desperate for the approval of man that they are willing to sell out God and water down His truth in order to get a seat at the “cool kid table.”

Jesus in the Bible has much to say about hypocrites who claim to love Him, but then deny Him in their actions. None of it is good. It never ends well for compromisers. Ever.

Hopefully the Holy Spirit moves on these people and they have their eyes opened to their folly.