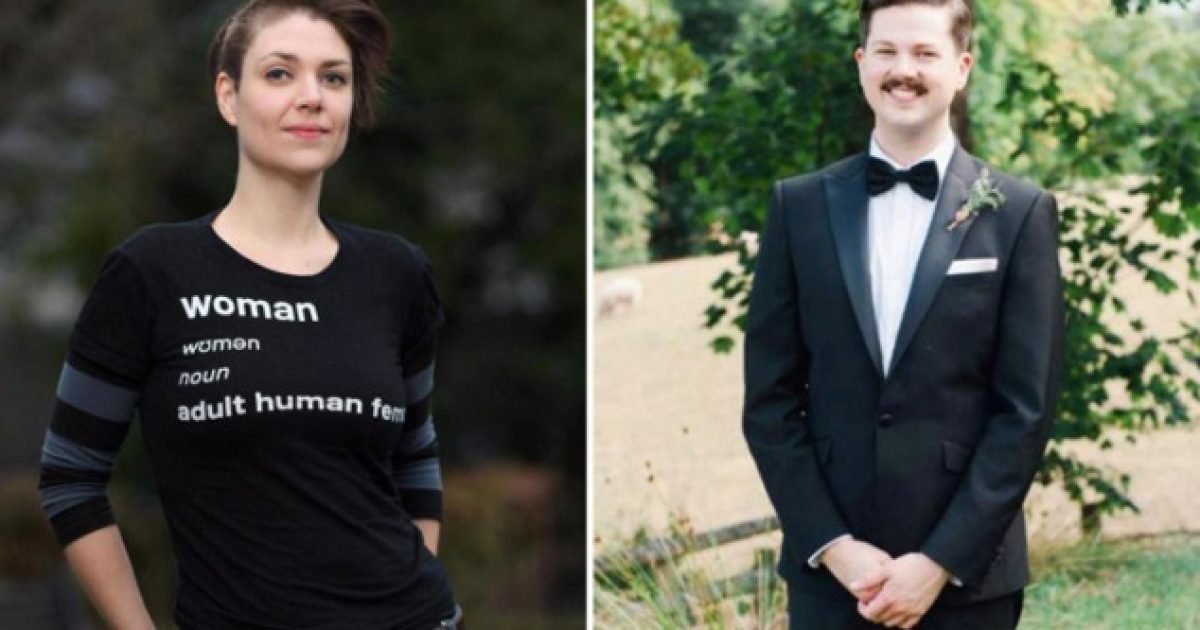 A young mother, Rebekah Wershbale, got booted from a bar after wearing a black t-shirt with a message that was pretty on the nose, with staff from the bar stating it was offensive to transgender individuals.

Because, you know, it’s not right to offend anyone, especially an extremely low portion of the human population.

What did her shirt say that had people up in arms?

But when a gay man took offense to the dictionary definition written across her shirt, Wershable was booted from the Five Clouds Tap and Bottle pub in Macclesfield, a market town in Cheshire, England. A bar staffer told Wershbale the reason was her shirt’s message, the Daily Mail reported.

“She told me that the T-shirt I was wearing was upsetting people because it was transphobic and not inclusive so I was barred,” Wershbale told the news outlet. “What she meant was that I was somehow offending men who say they are women because my T-shirt did not include them in the definition of a woman. There aren’t even any transgender staff or patrons at the pub. It’s crackers.”

Wershbale is a supporter of the feminist group Fair Play For Women, which opposes a proposal to change the Gender Recognition Act. The change would allow people to declare the gender of their choosing, without medical verification.

Wershbale, a mother of one, went to a bar to play board games with a friend. She sat down at the bar next to a gay man, Mika Johnson, and asked him how he was doing.

Johnson replied, “I don’t want to talk to you to be honest — please leave me alone.” Wershbale complied with his request.

Half an hour later a staffer from the bar told Wershbale she had to leave because her shirt was “upsetting people.” Johnson was crying.

“She told me that the way I talk about radical feminism was a problem and said: ‘The T-shirt you’re wearing is upsetting and not inclusive.’ I replied that it simply said the dictionary definition of being a woman – how can it be offensive?”

‘She mumbled a bit about it being transphobic and that I had been transphobic previously.” Wershbale added. “She then said I was barred and that she had been nominated by the other bar staff to come to tell me that.I asked if she thought it was troubling that I was being removed from my own local because I was wearing a feminist T-shirt that had upset a gay man. But she just repeated I wasn’t being inclusive.”

Tom Lewis, owner of Five Clouds Tap, confirmed Wershbale was asked to leave after the complaint. Lewis went on to say that Wershbale had offended other customers and staff by challenging their views on men identifying as women.

Can you believe this nonsense? A woman is challenging the absolutely insane idea that biological males can live in a fantasy land and pretend to be women, and that offends people.

Is this the real world? How did things get so crazy? Seriously. Not asking for a friend.

A man is a man, whether he has a mental illness that makes him believe otherwise or not. A woman is born a woman. These are hard, scientific facts that do not care about your feelings.

If you are a man who feels he’s a woman, the problem is your feelings, your way of thinking is not lining up with reality. That’s the problem that needs treated. The thinking. No one should be indulging said individual’s mental illness.

Supporting these folks’s delusions is equivalent to telling a depressed person it’s natural and healthy for them to think of themselves as garbage and a waste of life.

It’s not by the way. That’s insane. Sort of like supporting transgenderism.