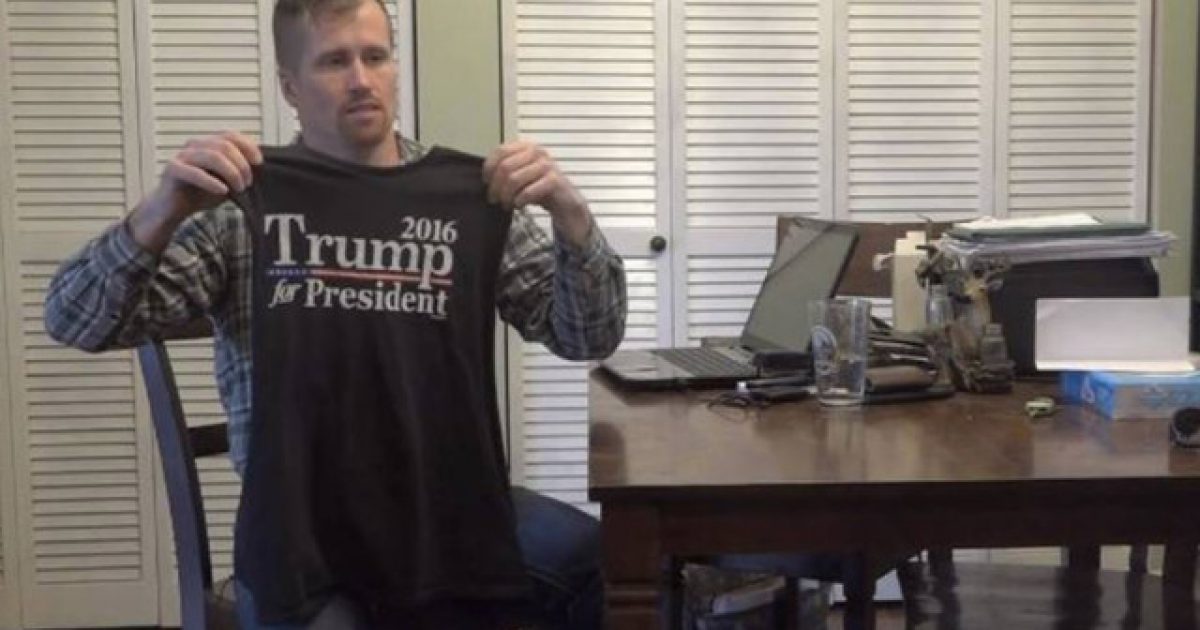 If you’ve ever wanted to see the term “irony” perfectly personified, what a female gym owner did to an Army veteran is precisely what you’ve been looking for.

A Missouri gym owner apparently told a veteran that his “racist” pro-Trump shirt was never to be worn to her establishment because she stands for “tolerance.”

Read that again. One more time. Do you see it? The irony?

Staff Sgt. Jake Talbot posted a short video to Facebook on Sunday recalling the incident. “The owner, Liz, came up to me and said that the Trump shirt I had on was offensive and said I needed to remove it in order to work out there, and that it is linked to racism,” Talbot said. “I hate the word, its used way too loosely. It’s 2019, get the hell over it, it’s not racism.”

Talbot said he was wearing a blue “Trump for President 2016” shirt at CDY Fitness, a gym in Troy, at the time of the incident.

“I was just puzzled there for a second. She said that it was racist and represents racism and that’s when I when I was like, ‘Oh, you’re done,'” Talbot told CBS KMOV4. “This country is free, like, that’s what I fight for, is freedom,” he added.

The gym owner, identified as Liz Drew by The Washington Post, told KMOV4 that she approached Talbot because the Trump shirt “made several members uncomfortable.”

“It shouldn’t have been brought up at all, at the gym,” Talbot said.

“It doesn’t bother me to wear the shirt – it’s not gonna affect me. It’s just the racist part she brought up that I just do not like,” he reiterated.

Drew later made a post on the gym’s Facebook page which was later removed from the social media network.

“I am deeply saddened by the amount of hate this event has garnered,” the statement said, as reported by KMOV4. “I will personally and publicly continue to defend my stance for tolerance and against hate no matter the financial consequence… Allow me to clarify. I don’t believe our gym should be a political forum for anyone. I want everyone to feel safe and comfortable there. We are all trying to improve ourselves and work hard to change.”

This is the problem with liberals in our modern age. They don’t seem to do a lot of critical thinking about their own positions and see the glaring inconsistencies in their ideology.

If you are for tolerance, that by necessity means that you respect other people’s opinions and beliefs, regardless of whether you agree with them or not. You certainly wouldn’t attempt to silence someone if you were indeed tolerant of their point of view.

You cannot claim to be only “intolerant of intolerance.” Who decides what tolerance is? What if your definition of intolerance is different from mine? Which of us is right? How do you know?

If you are truly tolerant, you respect that everyone has their own beliefs and the right to express them.

Thus, this woman is the exact opposite of tolerant.