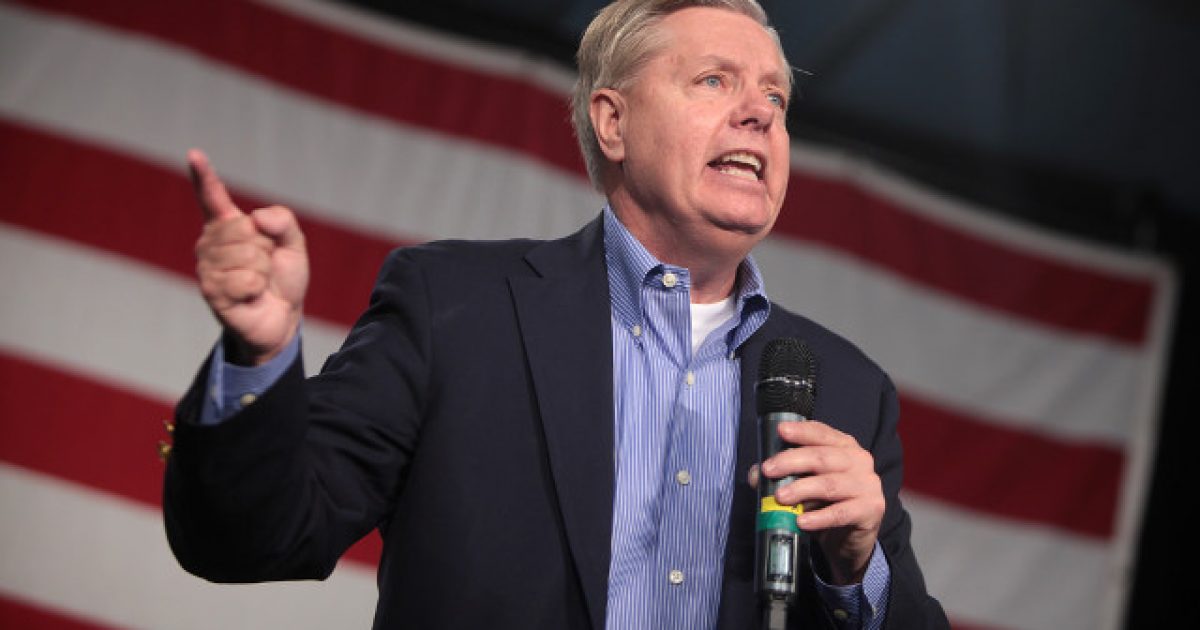 Leftists aren’t exactly known for being the most consistent individuals when it comes to the application of the principles they espouse, but what the chairman of an Anti-Trump super PAC has been spreading about Sen. Lindsey Graham has him being condemned as homophobic.

Citing a dubious anonymous “Republican” source, The Democratic Coalition chairman Jon Cooper speculated that Graham has become increasingly supportive of President Donald Trump because he’s being blackmailed by Russia over “his sexual orientation” or “some pretty serious sexual kink.”

“A Republican just told me that he doubts [Lindsey Graham] is kowtowing to Trump (and indirectly Putin) because he’s being blackmailed over his sexual orientation (an open secret) or even financial corruption. Rather, he thinks it probably involves some pretty serious sexual kink,” posted Cooper.

A Republican just told me that he doubts @LindseyGrahamSC is kowtowing to Trump (and indirectly Putin) because he’s being blackmailed over his sexual orientation (an open secret) or even financial corruption. Rather, he thinks it probably involves some pretty serious sexual kink.

Cooper was quickly condemned by politicos on both sides of the aisle for the “homophobic” line of attack, for which there is zero evidence.

This is a BS homophobic tweet from an account that just makes stuff up for retweets. https://t.co/QneKKrLTmE

“This is repulsive, homophobic gutter trash from the Chairman of [The Democratic Coalition] – of the kind that has been historically used for the most nefarious smears,” wrote Greenwald. He also noted that Cooper’s leftist political ideology would act as a shield against any real consequences: “But it’s done with the right political ideology so it’s fine.”

This is repulsive, homophobic gutter trash from the Chairman of @TheDemCoalition – of the kind that has been historically used for the most nefarious smears. But it's done with the right political ideology so it's fine. https://t.co/GWo414s1JX

Absolutely right, this is gross and shameful. https://t.co/7msqbdjUvp

This is disgusting and homophobic, and should better be condemned by every Democratic official. https://t.co/J8eNIOFvGr

Wtf is wrong with you? https://t.co/jjKBKVgh3U

After getting lashed by folks on the Internet, Cooper actually doubled down on his statement. Hilariously, folks are accusing this guy of being a homophobe and he himself is a homosexual. That’s ironic, isn’t it?

By the way, as an openly gay man myself, I couldn’t care less about Lindsey Graham's sex life (gay, straight or otherwise). However, Graham is the Senate Judiciary Chair and there’s a strong likelihood that he's being blackmailed by the Russians. If so, that needs to be revealed.

Cooper isn’t the first person to bring up this ridiculous conspiracy theory. Comedian Chelsea Handler tweeted about it a year ago saying, “Holy, f*** f***. I just the video of trumps bipartisan ‘meeting’ yesterday. Hey, [Lindsey Graham] what kind of d*** sucking video do they have on you for you 2 be acting like this? Wouldn’t coming out be more honorable?”

That Chelsea Handler. So classy.

Anyway, just imagine if a conservative person concocted a theory like this. The memes would be plastered all over the place. There would be no escape from the bitter mockery.

Someone on the left does it, and for many in their movement, it’s acceptable. It boggles the mind. It really does.