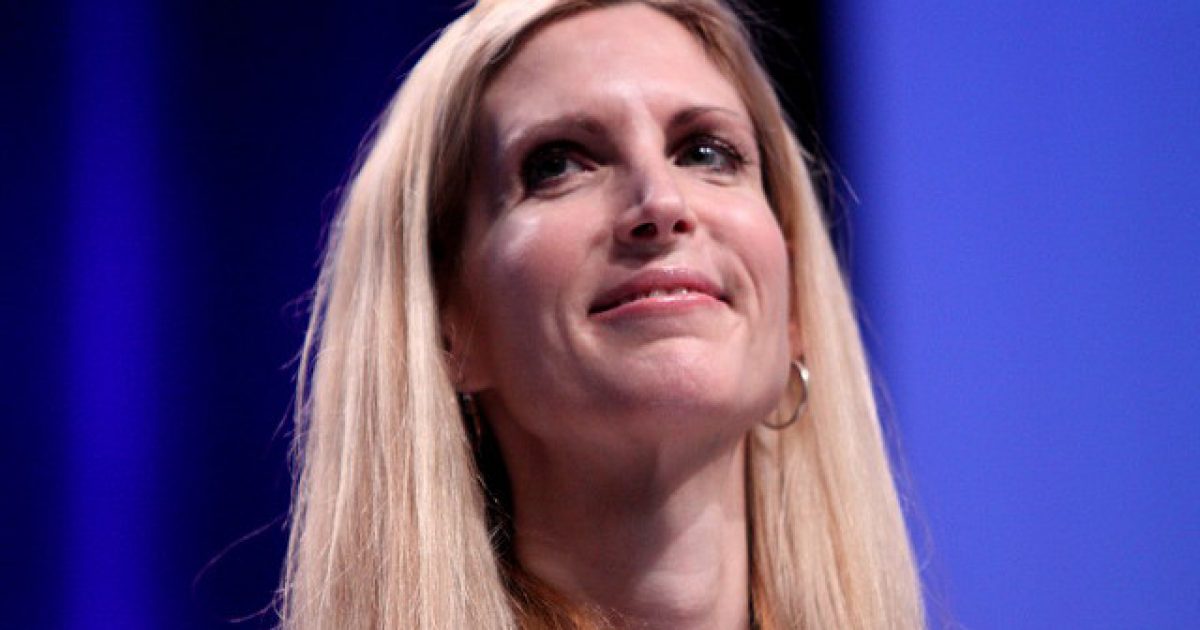 Controversial conservative commentator Ann Coulter has issued a prediction about President Trump concerning the funding for the border wall, and it’s not a positive one.

Coulter believes Trump will fold on his demands for funding the wall and that the government will soon reopen with nothing to show for it.

Talk about a Debbie Downer.

Coulter, who was guest on Wednesday’s “Mark Simone Show” on WOR-AM in New York, said that despite Trump shutting down the government, it all appeared to be tough talk to no end.

“[H]e actually did shut down the government,” Coulter said. “Though, don’t worry, he’ll fold in the end.”

Coulter’s comments echo those she made in December during an interview with the Daily Caller.

“Trump will just have been a joke presidency who scammed the American people, amused the populists for a while, but he’ll have no legacy whatsoever,” she said.

Coulter, who published “In Trump We Trust: E Pluribus Awesome!,” also sang the praises of Matt Drudge who owns and operates the Drudge Report.

The conservative firebrand credited Drudge with pushing Trump not to be moved on demands for his much-promised border wall.

Once upon a time, Coulter was the most outspoken cheerleader for Trump, even going so far as to pen a book about him. The fact that she’s sort of singing a different tune these days says a lot about how how the more ardent supporters of Trump feel about the dragging of the feet on the border wall, one of his chief campaign promises.

Granted, many folks are well aware that Democrats are standing in his way, but if he caves on this, a lot of his supporters will be super disappointed.