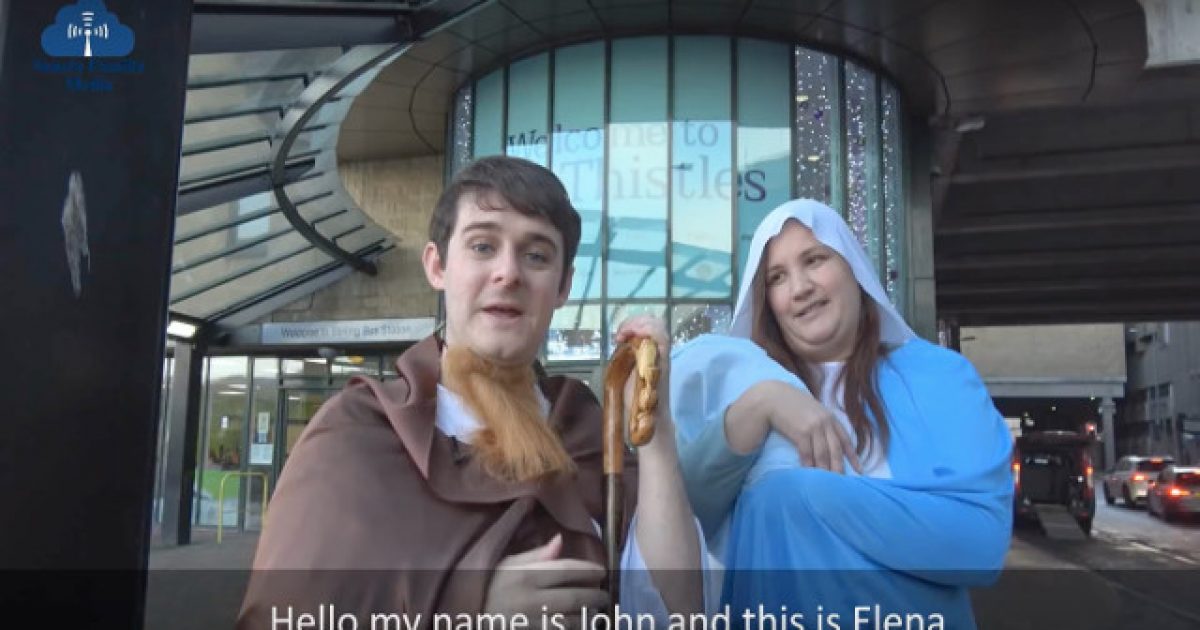 If you think the “War On Christmas” isn’t a real thing and that people, particularly Christians are just being a bit melodramatic, you’re wrong. Not completely wrong mind you, because there is a lot of overreaction to certain things involving Christmas, but the vast majority of complaints are legitimate.

And it’s not something that’s only happening in America. No, the battle for Christmas and it’s Christian origins is global.

As reported by LifeSiteNews, the management of the Thistles Centre mall in Stirling initially rejected a nativity display requested by the Catholic Legion of Mary, stating that such a display would violate its religiously “neutral” position.

“Thistles prides itself on being religiously and politically neutral in its behaviour,” said a spokesman. “With this in mind, we do not feel it would be right to host this type of promotion in a shopping centre.”

The decision was met with pushback from religious groups. The Catholic Archdiocese of St. Andrews and Edinburgh described the decision as being “a little Grinch-like.” A spokesman for the Church of Scotland criticized the decision in stronger terms, stating, “When a shopping centre can focus purely on commercialism to the exclusion of the reason for the celebration of Christmas, it is a sad day for all of us.”

Amid the growing backlash, two young Christians, John Mallon, 27, of Glasgow and Elena Feick, 30, decided to dress up as Joseph and Mary to stage their own nativity scene at Thistles Centre. See video:

After the strong showing of support for the Nativity scene within the mall, the Thistles Centre decided to change course and allow the Legion of Mary to display their scene.

How awesome is that?

“We’ve listened carefully to everyone who contacted us about the installation and have decided to reverse our original decision,” the mall’s management said. “We have offered Mrs. Patterson the opportunity to host a nativity scene at the centre this Sunday in line with her original request and we are delighted that she has accepted.”

Mallon went on to say that the reversal is a “Christmas miracle,” and you know, he’s right.

It’s so wonderful to hear how much keeping Christ in Christmas means to so many folks. It’s easy to get swept up in the headlines and think that people are growing more and more hostile to God. In reality, Jesus Christ is spreading His gospel far and wide, changing hearts and minds, and expanding His kingdom around the world.