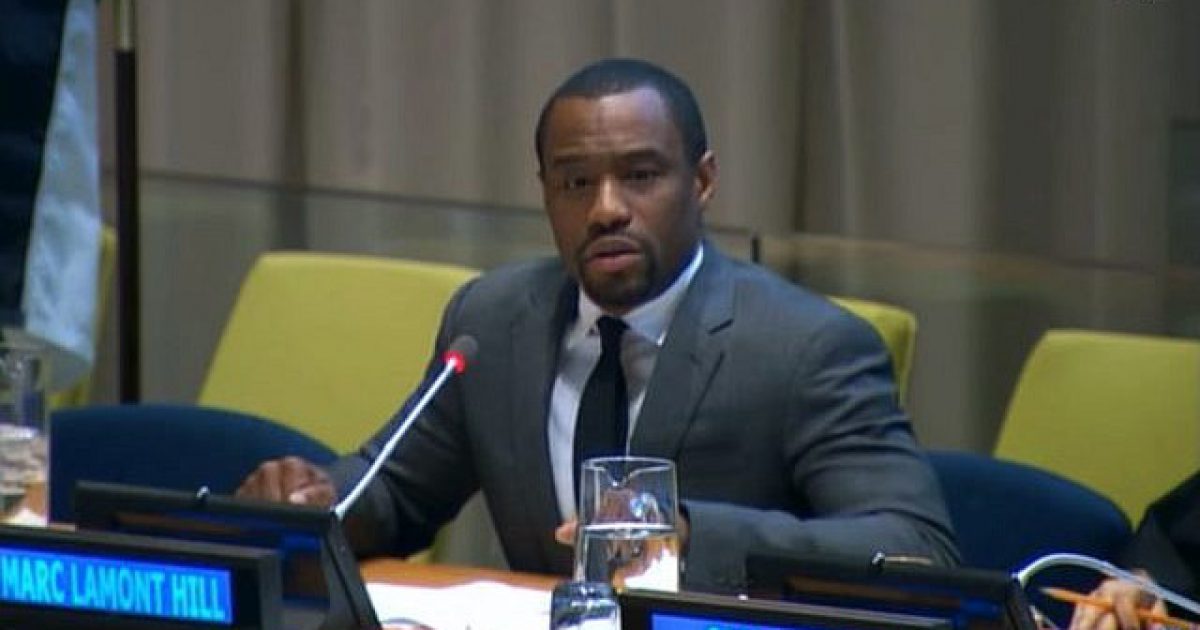 Temple University professor Lamont Hill recently spoke on “The Breakfast Club” radio show where he stated that Fox News host Sean Hannity and former host Bill O’Reilly were both as extreme and racist as Louis Farrakhan, the leader if the Nation of Islam.

Oh but the insanity didn’t stop there. Hill also stated that the Israeli government is responsible for American police killing people.

No, seriously. He really said that.

Lamont Hill segued to discussing his association with the anti-Semitic and racist preacher Louis Farrakhan, saying that Farrakhan was no more extremist than Fox News host Sean Hannity and former host Bill O’Reilly:

Later in the broadcast, Lamont Hill attempted to blame the Israeli government for violence committed against the black community by police departments, asserting, “I can fight for black people here and struggle abroad but again, there’s a relationship between the two. The New York City police — they’re killing us but they’re trained by Israeli security forces.”

Lamont Hill: “Yes! They’re being trained, New York City police and in other cities as well. So there’s a connection between the two. So I can’t stop one without the other. … There’s a relationship.”

A host commented that people would use the headline: “Mark Lamont Hill says that NYPD Police Officers are Killing People and They’re Trained By Israeli Jewish Security Forces.”

So, yes. You’re talking about the Jewish people. This isn’t rocket science. This man is doing his best to play both sides of the fence, attempting to make his twisted ideology consistent and it isn’t working.

He’s wanting to hate on Jewish folk without being called a racist, because well, according to the left, you can’t be a liberal racist. Yet, that’s exactly what he’s being when he’s insulting an entire people group like this.

The mental gymnastics required to be a progressive and not have your head explode is truly mind-boggling.