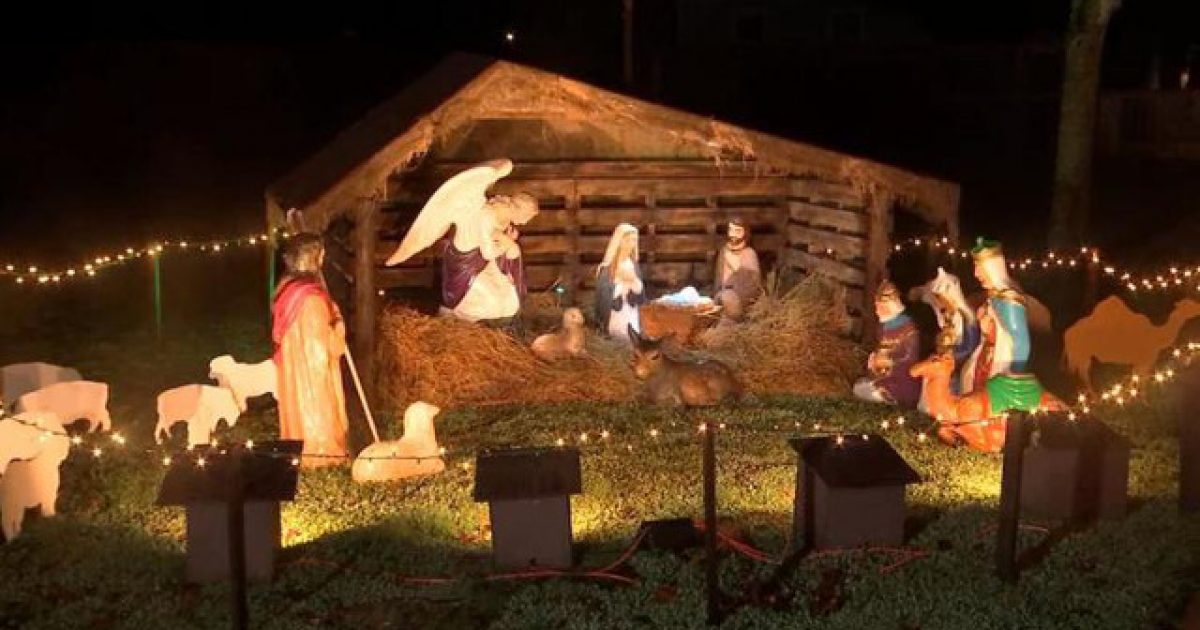 A nativity scene depicting the birth of Jesus Christ, the whole purpose of the Christmas season, is being moved to private property after a handful of complaints by cranky atheists.

You know, for a group who despises religion, atheists really try hard to force others to adopt their system of belief don’t they?

Tuesday, the Public Works Department helped move the set from Horseshoe Lake Park to a privately-owned vacant lot at the corner of Goerig Street and Buckeye Street.

City leaders told FOX 12 they didn’t want to move the manger but made the decision after seeking guidance from the city attorney, who advised that keeping it on public property was a violation of federal and state laws.

“I wouldn’t have chosen to do this, but it’s in the best interest of the city to do so,” said Mayor Will Finn by phone Tuesday night. “The feedback I’m getting is that it’s in a better spot.”

Finn said he personally sought out the new location and permission from the property owner after the city received complaints about the display within the last week.

According to City Administrator Peter Boyce, the nativity scene itself is privately-owned, but the city has allowed it to be displayed at the park for the last few decades.

Finn estimates the manger has been set up in the park every December for the last 40 years.

Jenny Tingley, a resident of Woodland, used to be able to see the nativity scene from her home and was disappointed to see that it was being moved.

“Our grandkids love it when they put little baby Jesus out,” Tingley said. “I didn’t think it was offensive at all. I thought it added to the look of our town when it’s the holidays.”

Again, the big issue here is that atheists have misinterpreted the meaning of “the separation of church and state.” All that’s meant by this statement is that the federal government shouldn’t adopt an official denomination or church for the country like the British did with the Church of England.

There was never intended to be an absence of religion from the public square, which is what these atheist whiners really want. They say they don’t care if other people believe, yet they try to force their world to be atheist.

What makes atheists think they are entitled to be free of ever seeing symbols of religion? Why do they think they somehow have more rights than others?

Good questions that these same folks refuse to answer.