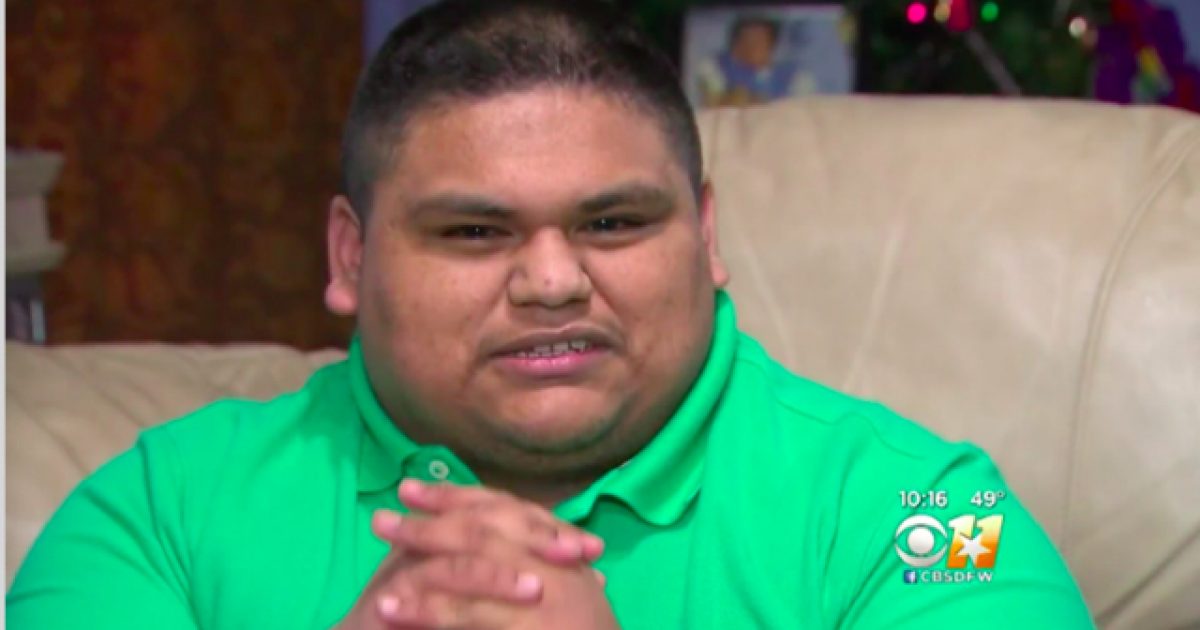 A teenager from the great state of Texas has become a viral Internet sensation, and for all of the right reasons.

A Facebook user caught the upstanding young man paying the grocery bill for a struggling mother and shared the incident online.

This will restore a little of your faith in humanity.

The 19-year-old cashier, whose name is John Lopez, Jr., was working at the Princeton, Texas Walmart in order to save money for college, according to KTVT-TV.

A customer named Laci Simms, who shared the story on her Facebook, was in Lopez’s line when she noticed that a woman in line in front of her was “in obvious distress about her inability to pay” for her bill. According to Simms, Lopez stepped in and volunteered to pay the woman’s bill himself.

Lopez told KTVT that when he realized that the woman was struggling, “I just felt in my heart that the Lord told me I had to help her.”

According to KTVT, Lopez also volunteers for the Salvatoin Army as a bell ringer.

A group of John’s fellow Princeton residents have decided that such action deserves to be rewarded and have set up a GoFundMe account to repay him for his generosity. As of this writing, it’s raised around $31,000.

At a time when it seems like Americans are more sharply divided than ever, it’s stories like these that remind us of our shared humanity and the capacity each and every one of us has to do good things.

We often assume that changing the world requires monumental action on a grand scale, but the truth of the matter is, it’s the small things that really have an impact. If each of us would strive to do more small acts of kindness, we’d see the tide shift in our current culture.

Thanks for setting such a wonderful example, Mr. Lopez.