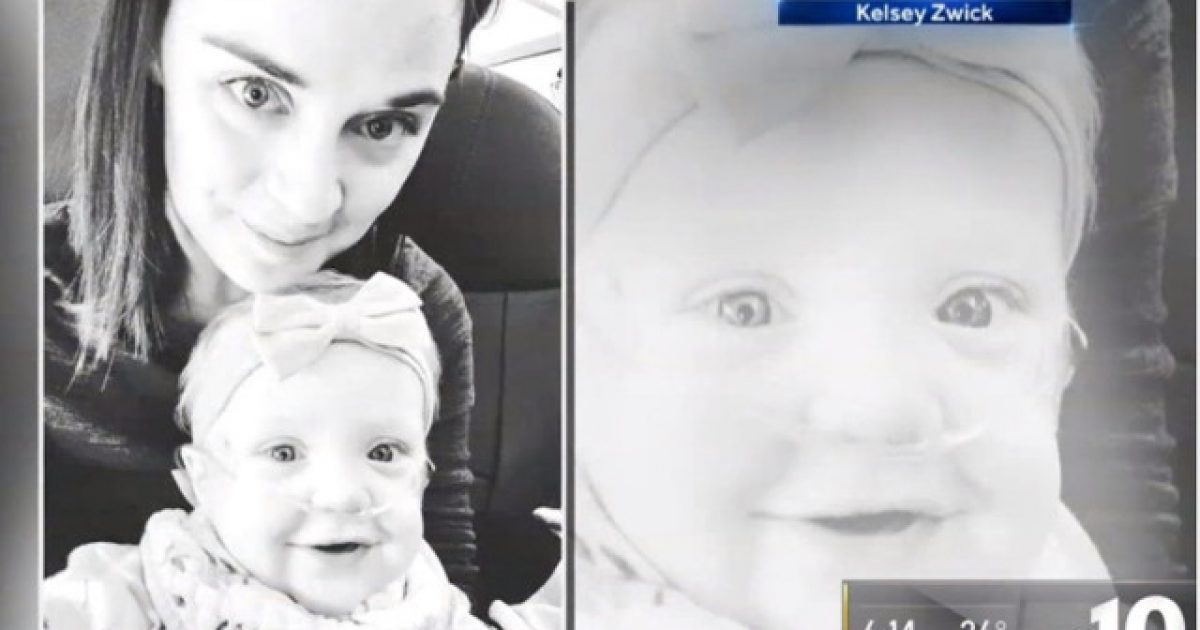 With the country so divided right now and seemingly everyone at each other’s throats, it can be easy to forget that there’s still a lot of good happening in the world around us.

A great example of this is what a complete stranger decided to do for the mom of a sick child who was traveling by plane. A fellow passenger noticed the child had an oxygen machine and promptly gave up his first-class seat to the mom and child.

This is a great story.

Kelsey Zwick and her daughter Lucy, who suffers from chronic lung disease, were traveling Thursday to CHOP for the 11-month-old’s medical treatment, Yahoo News reported. They boarded American Airlines Flight 588 flight where they settled into their seat at the back of the plane.

But a passenger had noticed the woman was traveling with an oxygen machine for her baby and asked the flight attendant if he could give his first-class seat to the woman and her baby.

“I walked up and asked the flight attendant if she thought that she would be more comfortable sitting up in my seat and I would take the one in the back,” the passenger identified as Jason Kunselman of Mechanicsburg, Pennsylvania, told Us Magazine. “Next thing you know, she came walking up crying and said ‘thank you’ and I said ‘you’re welcome’ and headed back toward the back of the plane.”

“At first, it just kind of took a second because I was like, why do I need to switch seats? Then I realized what was happening, and I was so overwhelmed. It wasn’t just the seat; it was the culmination of everything we’ve been through the past two years,” Zwick told NBC News.

After arriving at her destination, Zwick wanted to take an opportunity to thank Kunselman, but was unable to locate him. She then took to social media in hopes that she could find him.

“To the man in 2D. Today you were traveling from Orlando to Philly. I don’t know you, but I imagine you saw us somewhere,” Zwick wrote in a post on Facebook. “I was pushing a stroller, had a diaper bag on my arm and also lugging an oxygen machine for my daughter. We had smiles on our faces as we were headed to see her ‘friends’ at CHOP (Children’s Hospital of Philadelphia). We pre- boarded the plane, got cozy in our window seat and made jokes to those around us about having to sit by my yelling-but-happy baby. The flight attendant came over and told me you were waiting to switch seats. You were giving up your comfortable, first class seat to us.”

“Not able to hold back tears, I cried my way up the aisle while my daughter Lucy laughed!” she continued. “She felt it in her bones too … real, pure, goodness. I smiled and thanked you as we switched but didn’t get to thank you properly.”

“Sooo… thank you. Not just for the seat itself but for noticing. For seeing us and realizing that maybe things are not always easy. For deciding you wanted to show a random act of kindness to US,” the mother added. “It reminded me how much good there is in this world. I can’t wait to tell Lucy someday. In the meantime … we will pay it forward. AA 588 passenger in seat 2D, we truly feel inspired by your generosity.”

A person noticed the post, which was shared 461,000 times, and was able to connect Zwick with Kunselman.

“It was so touching seeing the little girl with her oxygen. I was tearing up as I saw her,” Kunselman said.

What makes Kunselman’s gesture even sweeter is that it was his 41st birthday that day.

How awesome is that? Kunselman is a true hero in every sense of the word. If we all acted a bit more like this guy, the world would be a much better place.

This just goes to show that you never know who God is going to bring across your path, the lives you’re going to impact with the smallest of gestures. Despite all of the negativity, life is still a grand adventure.