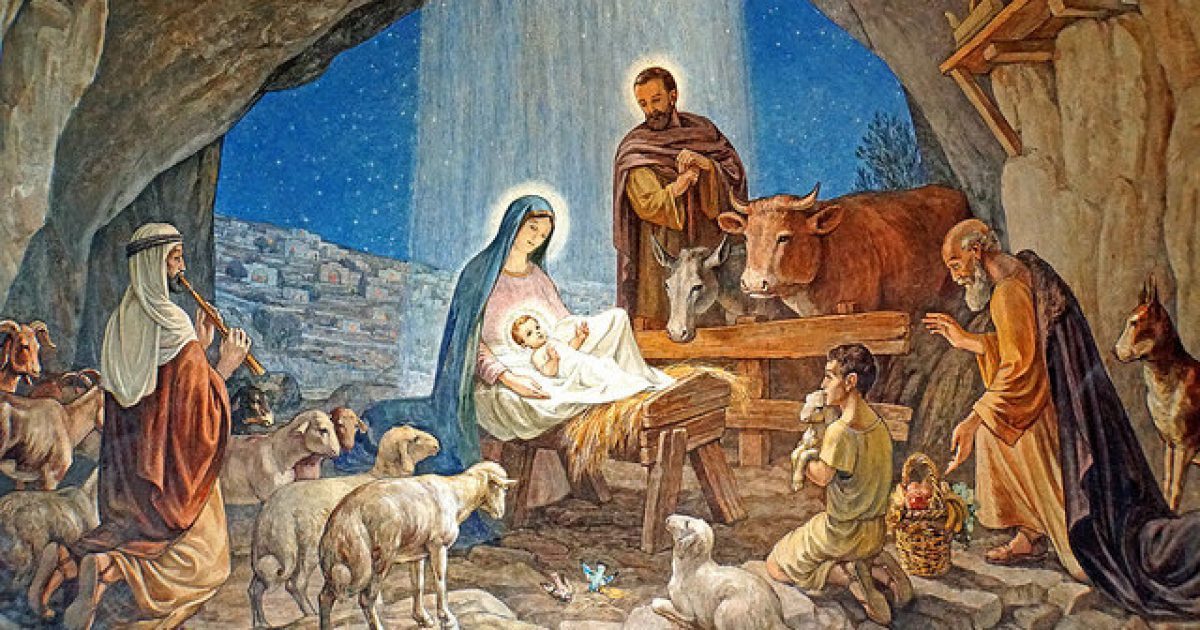 The whole purpose of the Christmas season is to celebrate the coming of the Son of God in human flesh, a miracle that eventually led to the salvation of all who would believe on Him and His saving work on the cross.

There’s no stronger pro-life message than a young girl from a religiously conservative community getting pregnant out of wedlock and opting to keep the baby, defying the thoughts and beliefs of an entire town.

And that’s precisely the story we have in Mary, the mother of Jesus, and the miraculous conception and birth of the Son of God in human flesh.

Thanks to science and the development of modern technology, we now know the kind of development journey that the Creator of the universe went through inside of Mary’s womb, as it’s the same journey each and every one of us takes in order to enter this world.

This is truly fascinating.

Beginning at the beginning, then, we can confidently say that Jesus became “incarnate,” literally “took on flesh,” about nine months before that distressing night outside the Bethlehem inn. (None of the gospels specifies that it was an exactly nine-month pregnancy, though there is no particular reason to believe that it deviated from that human norm.)

Dr. Keith L. Moore’s 2011 textbook Human Embryology states: “Human development is a continuous process that begins when an oocyte (ovum) from a female is fertilized by a sperm (spermatozoon) from a male.” The Encyclopedia Britannica’s article on pregnancy puts it this way: “A new individual is created when the elements of a potent sperm merge with those of a fertile ovum, or egg.” That fertilized oocyte, called at that earliest stage of development a zygote, is how Jesus began his life on earth, what Christians call the mystery of the “Incarnation,” when the “Word became flesh.”

Now, here are two ways of interpreting “The Holy Spirit will come over you, and the power of the Most High will overshadow you; therefore the child to be born will be called holy—the Son of God” (Luke 1:35 ESV). One possibility is that after Mary’s “Yes,” God the Father could have implanted a spermatozoon into her fertile ovum, having formed the spermatozoon literally out of nothing, so that the now fertilized ovum (zygote) could implant in her womb. Another possibility is that he could have placed in Mary’s womb a miraculously fashioned zygote to grow and develop in safety there. Either one would be at the same time a profound mystery as well as a short order for the one who began the world by creating everything from nothing, and for whom “all things are possible” (Matthew 19:26 ESV).

So then, what can we confidently say about Jesus at those earliest moments of his earthly existence? At that first moment of conception, Jesus, like everyone at the dawn of his or her existence, had the information encoded in his DNA “sufficient to control the individual’s growth and development for an entire lifetime.”

More body parts’ formations are noted by Randy Alcorn in his Pro-Life Answer to Pro-Choice Arguments: “By thirty-five days, mouth, ears, and nose are taking shape. At forty days the preborn child’s brain waves can be recorded . . . By forty-two days the skeleton is formed . . . By eight weeks hands and feet are almost perfectly formed, and fingerprints are developing . . . By twelve weeks the child is kicking, turning his feet, curling and fanning his toes, making a fist, moving thumbs, bending wrists, and opening his mouth.”

As if that isn’t enough to make you marvel at this miracle, think about this. Before Jesus was born, as He was developing in the womb, He would have been responsive to Mary’s voice, listening to her when she spoke, already building a bond with the woman set to raise Him.

An article published in Newsweek titled, “Do You Hear What I Hear?” stated that after 32 weeks of gestation in the womb, a human fetus spends half of its time in REM sleep, the brain state where human beings dream. So, while Jesus was in Mary’s womb, he was sleeping and dreaming. What does the Son of God dream about? Cool to meditate on, isn’t it?

How awesome to think that the Ruler of the Universe, the Lord of Lords and King of Kings, humbled himself to take on human flesh and go through this developmental process just like one of us? He had to grow up, to learn how to properly hold a pencil, to learn His alphabet, to tie His sandals.

This is a testament to how precious the unborn are in the sight of our Lord. He was unborn Himself at one point. This is an important point to ponder this Christmas season, a reminder that those still in the womb have inherent value and rights, and these vulnerable citizens need each one of us to stand up for them and against the scourge of abortion.