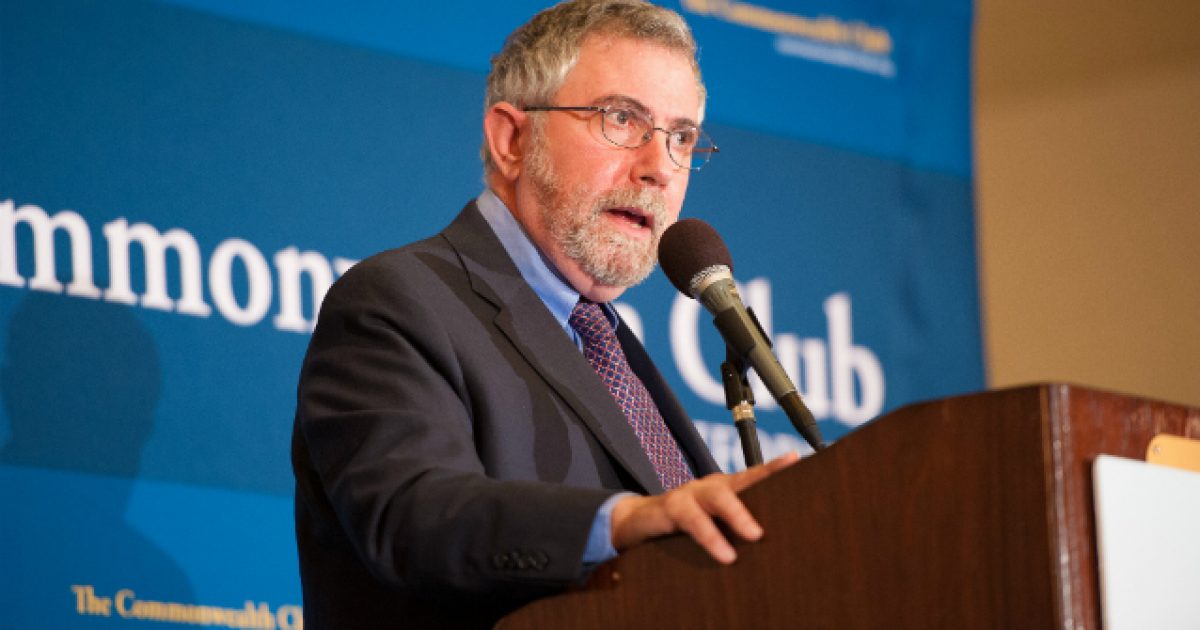 Paul Krugman, a Nobel Prize winning economist and columnist for the NY Times, said about the United States is absolutely deplorable, but not at all unexpected coming from someone who is on the hard left in their political ideology.

According to Krugman, America is part of a new “Axis of Evil,” because we’re apparently in cahoots with Russia and Saudi Arabia. You know, pretty sure Canada has their arms wide open for folks like Krugman. Perhaps a move up north is something he ought to consider. We’ll gladly help him pack.

Nobel Prize-winning economist and New York Times opinion contributor Paul Krugman tweeted Monday that the United States had joined Russia and Saudi Arabia in a “new axis of evil,” after those three countries and Kuwait objected to the United Nations’ endorsement of a landmark study on global warming.

The phrase “axis of evil” was first used by former President George W. Bush in his 2002 State of the Union address. Bush used the phrase to refer to the governments of Iran, Iraq and North Korea, which he said were “arming to threaten the peace of the world” with weapons of mass destruction and sponsoring international terror groups.

This week’s dispute stemmed from whether diplomats attending this year’s U.N. climate summit in Poland would “welcome” the Intergovernmental Panel on Climate Change’s report projecting what would happen if average global temperatures rise by 2.7 degrees Fahrenheit and offering prescriptions to ensure they don’t rise higher. An agreement to “welcome” the report would have made it the benchmark for future policies.

The U.S., Russia, Saudi Arabia and Kuwait objected, calling for the study to be “noted” but not “welcomed.”

“The United States was willing to note the report and express appreciation to the scientists who developed it, but not to welcome it, as that would denote endorsement of the report,” the U.S. State Department said in a statement. “As we have made clear in the IPCC and other bodies, the United States has not endorsed the findings of the report.”

Again, if Mr. Krugman has a problem with the United States, he’s more than welcome to pick up and go. He doesn’t have to remain a citizen here, where he has all kinds of liberties and can basically do whatever he wants.

The science on global warming is far from settled. In reality, it’s just a big racket designed as a mechanism to justify creating big government regulations on private businesses so they can control a bit more of the means of production and “spread the wealth around.”

The melodrama over all of this is astounding.