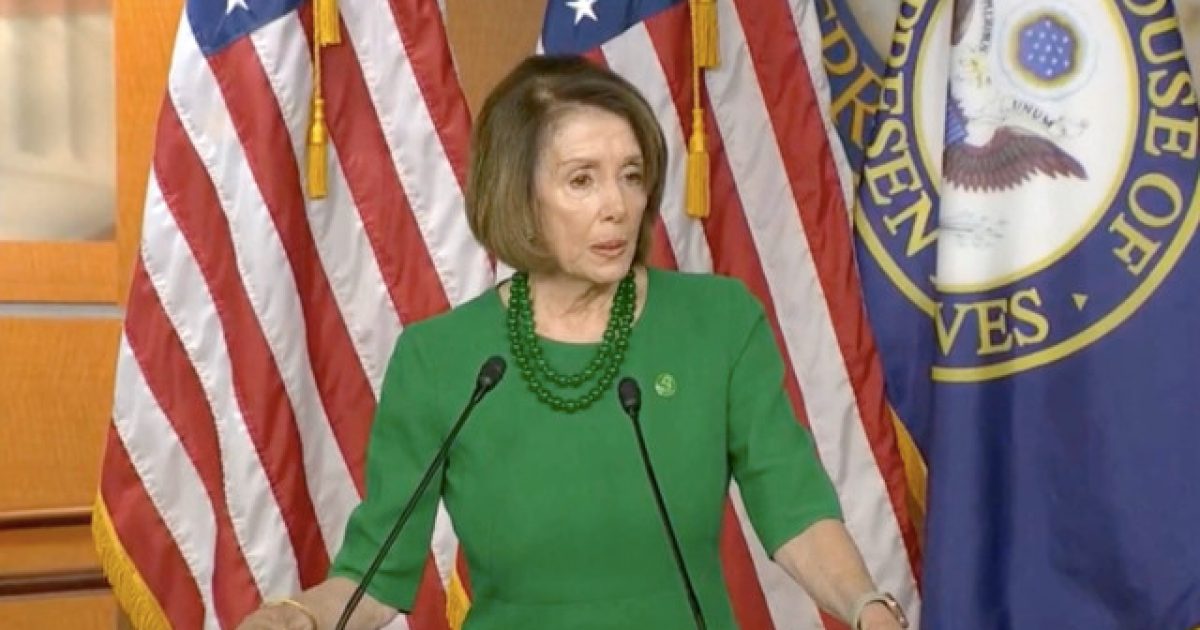 House Minority Leader Nancy Pelosi has earned a reputation for being a bit kooky and sort of fuzzy headed during her many, many years of public service, so the fact that she makes an obscenely large number of gaffes on a regular basis is nothing new.

However, her latest blunder might just be the cream of the crop.

Apparently, according to Pelosi, the United States has three coasts. The north, south, and west coasts. Yes, she actually said this.

House Minority Leader Nancy Pelosi said at the close of her press briefing on Thursday that the United States has three coasts, “North, South and West.'”

“We can move forward with this,” she said. “We have a responsibility, all of us, to secure our borders, North, South, and coming in by plane on our coasts, three coasts–North, South and West–and that’s the responsibility we honor. But we do so by honoring our values as well.”

Perhaps Pelosi has decided to enter a contest with newly elected Rep. Alexandria Ocasio-Cortez to see who can say the most mind-blowingly stupid comment of the year?

They only have a few weeks left, but given the amount of brain power these two are working with on a daily basis, it seems fairly likely they’ll be able to cook up even more absurdity before the deadline.

It’s scary to think these are people who play a part in shaping political and legal landscape in this country.