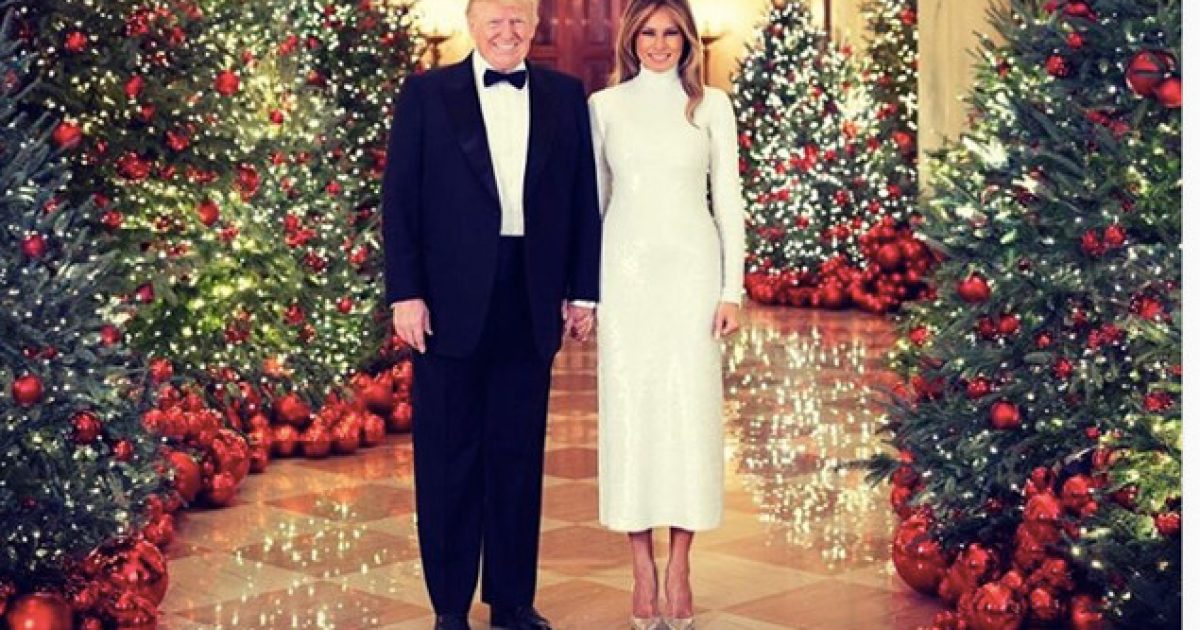 The closer and closer we get to Christmas, the more and more liberals get in touch with their inner Ebenezer Scrooge, a fact put on full display by the fact leftists have launched a vicious assault against First Lady Melania Trump over her White House Christmas portrait.

Said attacks come from Vogue magazine, which apparently still has readers, which is just as much news to me as it is to you.

According to the article, which was written by an unnamed author, the rather wholesome, traditional photo of the First Lady and President Trump “feels so strangely off” while asserting the couple looks “almost like cardboard cutout versions of themselves.”

“They are very, very smiley—despite this season of indictments, and the dissolution of their flagrantly fraudulent charity organization,” it says. “They are also holding hands, a move that is famously out of character for them.

The article then quotes Vogue.com’s Visual Director Emily Rosser to explain why the first couple looks like “wax statues.”

“It’s how they’re lit versus the lighting in the space,” says Rosser. “It makes them look like cutouts.”

The piece concludes, “As former Trump White House associates continue to fall like snowflakes on a winter day in the Mueller investigation, the wildly sunny White House Christmas portrait might be another attempt to keep spirits looking bright.”

Media Research Center vice president Dan Gainor told Fox News that Vogue’s decision to make the author anonymous was an act of cowardice. “Notice how no one at Vogue was brave enough to put their name on this utter piece of garbage? This isn’t journalism, its crap. It belongs in the same sewer that Vogue inhabits,” he said. “Major media have done more to discredit legitimate journalism than anything their critics — even Donald Trump — could ever do.”

If you aren’t brave enough to slap your own name on the criticisms you have to offer, then perhaps you’re not cut out for this particular line of work?

It’s disgusting to see a couple attacked for holding hands, which is precisely what you want to see from two people who are married. On top of that, you know the Trumps would also be slammed if they weren’t holding hands, so at the end of the day, there’s no way they can win with these people.

Here’s the thing. It’s Christmas time. Not every little thing needs to be politicized or commented on. The author of this piece could’ve completely ignored this photo and their life would remain absolutely the same. Nothing would change.

It’s not newsworthy to comment on a picture. This is how desperate left-wing media outlets are for anti-Trump content. They’ll comment on a Christmas photo, which has zero bearing on anything policy related to come out of this administration.

These folks need to seriously get a life.