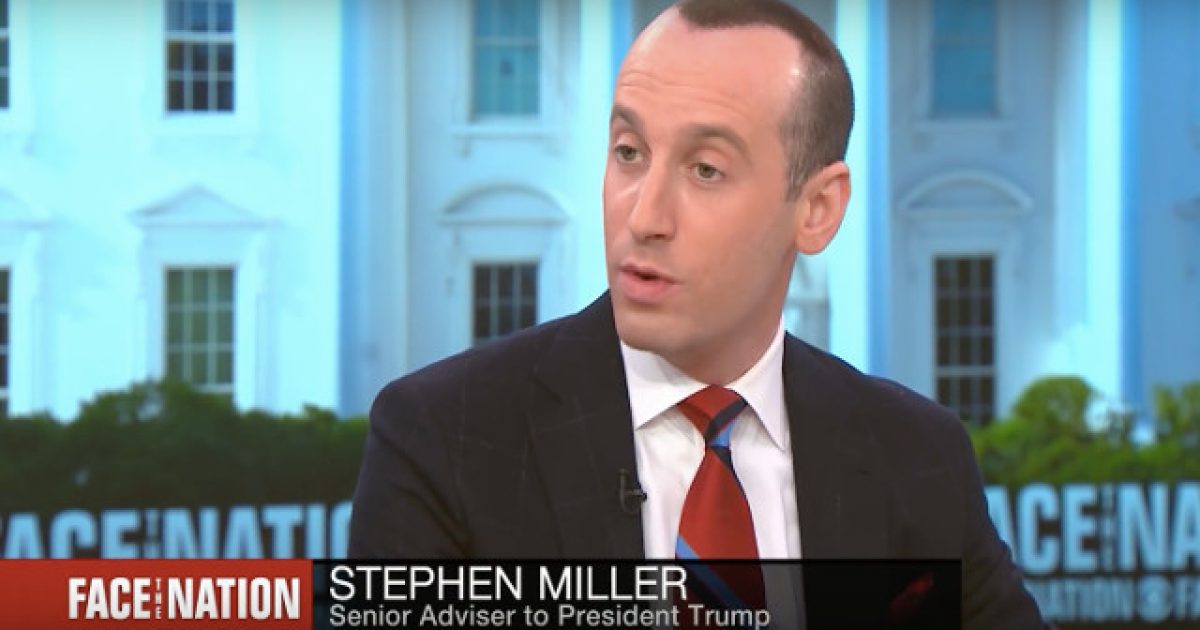 Senior White House adviser Stephen Miller recently made an appearance on CBS’s Sunday program, “Face the Nation,” where he took liberals to the woodshed over the exploitation of the death of a 7-year-old girl who died of dehydration in the custody of immigration officials.

The media published many misleading headlines about the story making it seem as if the girl was denied food and water by immigration officials and that contributed to her death. However, the real story is that this girl had been denied these necessities for days and immigration officials did everything in their power to save her but were unsuccessful.

Senior White House adviser Stephen Miller appeared on CBS’s “Face the Nation” on Sunday where he blasted “left wing, activist” judges for rulings that have put lives of Americans and migrants at risk by incentivizing the “most vulnerable populations” to come to the United States.

Miller made the remarks in response to a question from CBS’s Margaret Brennan, who asked who was to blame for the death of a 7-year-old migrant girl who died while she was under the protection of Customs and Border Patrol.

“Our hearts break for the tragic death of the 7-year-old girl,” Miller began. “The loss of that precious life is. Horrifying. It is a painful reminder of the ongoing humanitarian tragedy that is illegal immigration and the misery that it spreads.”

After highlighting the thousands of lives that Border Patrol saves every year, Miller pinned the blame on left-wing activists who are judges in the U.S. judicial system.

Miller went on to state the importance of building a border wall, noting that one of the issues at the heart of border security is the sovereignty of the United States.

He also went on to state that the Democratic Party has a very simple choice to make. They either have to truly be the party of working class Americans by working to protect their jobs and resources through passing border security funding, or they need to come out openly and promote illegal immigration.