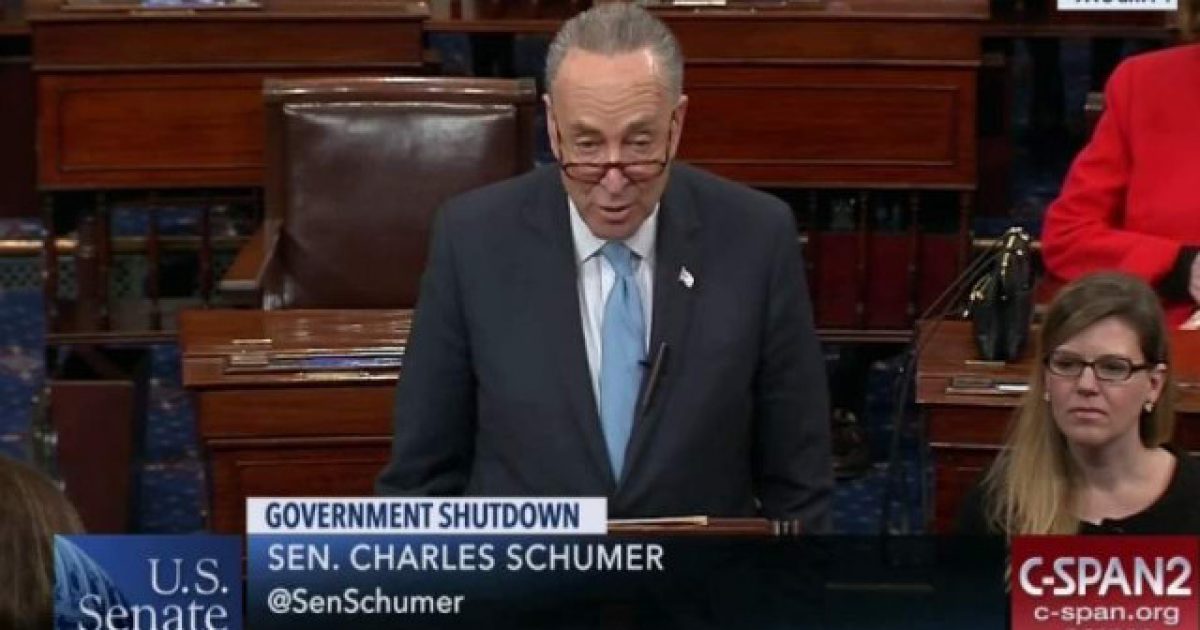 A video from 2009 has recently resurfaced that’s no doubt going to give Sen. Chuck Schumer a few ulcers, as it features him stating that a border fence along the southern border would make things in that region “far more secure,” as it would create a “significant barrier to illegal immigration.”

As we all know, Schumer is one of the individuals in the Democratic Party who is responsible for the government shutdown over the lack of funding Congress is willing to part with in order to build Trump’s border wall. Ironic, right?

Schumer made the remarks while addressing the 6th Annual Immigration Law and Policy Conference at Georgetown University about the seven principles he said were the basis of an immigration reform package that he wanted to pass.

Schumer then explained that the construction of border barriers along the southern border made the border a safer place as it made it much tougher for migrants to illegally enter the U.S.

“The American people need to know that, because of our efforts in Congress, our border is far more secure today than it was when we began debating comprehensive immigration reform in 2005,” Schumer stated. “Between 2005 and 2009, a vast amount of progress has been made on our borders and ports of entry.”

“This progress includes … construction of 630 miles of border fence that create a significant barrier to illegal immigration on our southern land border,” Schumer explained.

Chuck Schumer just a few years ago was calling illegal aliens "criminals," saying that if someone cared "about America" then they would want "fewer illegal immigrants" pic.twitter.com/jZyohx6lnz

In other words, the vast majority of Democrats elected to Congress before 2015 and President Trump, were pretty much on the same page to some degree with Republicans on the topic of illegal immigration.

Because the culture changed and in order to assure their own reelection, Schumer and friends had to follow suit. It’s all about winning over the “woke” crowd who has, thanks to popular culture and the brainwashing happening in public schools and on university campuses, become more radical in their leftism.

Unfortunately, what this video reveals is that Schumer and others like him are just huge hypocrites willing to change their ideology whenever it suits their career ambitions.