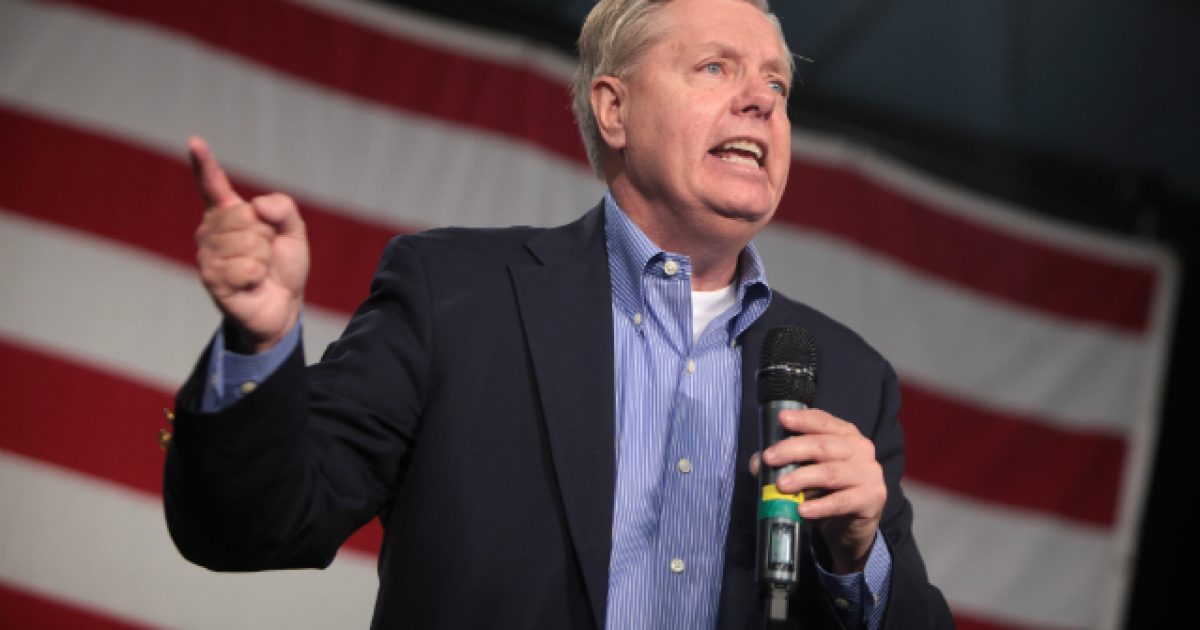 South Carolina Sen. Lindsey Graham took aim at Democrats, completely destroying them over what he called their “liberal ignorance” on the issue of border security and for their unquenchable thirst to see President Trump “lose rather than the country win.”

The comments in question are a response to the constant back and forth between House Democratic leader Rep. Nancy Pelosi and Senate Minority Leader Sen. Chuck Schumer and President Trump over the matter of funding the border wall.

Graham said Trump acted in the spirit of compromise when he demanded that $5 billion be appropriated toward border security, including a wall.

He said Democrats already voted for a bill in February that allocated $25 billion for border security and that their hatred of Trump is so intense, they are willing to show “liberal ignorance.”

“They are wrong to say no,” Graham said, suggesting that Trump “put DACA on the table and make them say no” to that compromise bill.

Graham said that in 2013, Senate Democratic Leader Charles Schumer (N.Y.) voted for a bill that included $8 billion in border wall funding as well.

“They want Trump to lose more than they want the country to win,” he said, calling their spat with the White House on the matter “their desire to have Trump fail.”

Graham is absolutely right on this issue.

Liberals are so blinded by their hatred for Donald Trump and their bleeding heart mentality that they have completely abandoned any sort of common sense approach to these critical issues, opting instead to seek vengeance against the president.

Our nation is at risk without the wall. Gangbangers, cartel members, and criminals of all stripes are taking advantage of our current system, using it to gain access to our country. They come here and engage in criminal activity, while also sucking up valuable resources our citizens need.

We must stop this from happening. Then we must fix our current immigration system in order to help folks who are legitimately trying to enter America and want to contribute to our society.

The Democrats are shamefully hindering the very progress they claim to fight for.