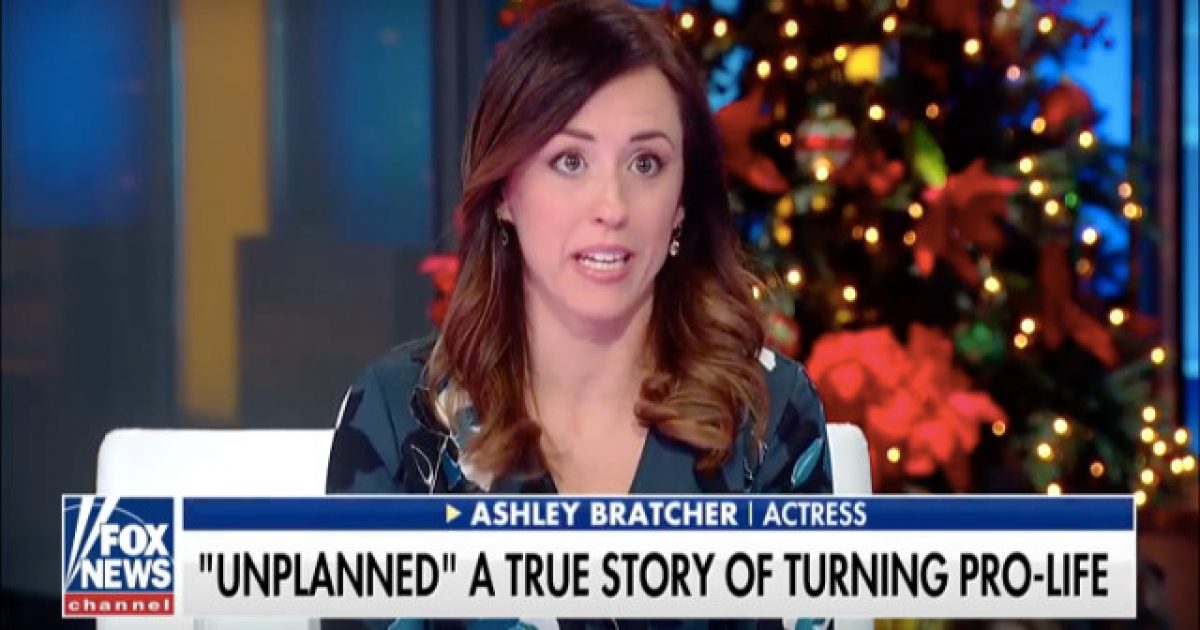 Actress Ashley Bratcher is starring in a new pro-life movie called “Unplanned,” which focuses on the story of Planned Parenthood defector Abby Johnson, but as it turns out, she has her own, very personal story about abortion.

Bratcher’s mother was considering aborting her, but changed her mind at the last second. This is a powerful story that needs to be heard.

Speaking with “Fox & Friends” this week, Bratcher opened up about how her role in “Unplanned” ultimately led her down a path of discovery about her own origins. Though she had pro-life leanings prior to the role, she had no idea who Abby Johnson actually was.

The more Bratcher learned of Johnson’s story in preparing for the role, the more she became “convicted” about the project’s mission. Later, when she finally talked to her mom about the film’s plot, she learned the truth about her own life’s preciousness.

“I need to tell you something that I’ve never told you before. I was going to abort you,” Ashley claims her mom told her over the phone.

Ashley’s mother already had an abortion three years prior. She went all the way to the clinic to have it performed before changing her mind. “I was at the clinic sitting on the table when the nurse who was very pregnant came in to talk to me. I felt sick. I couldn’t do it. I got up and walked out… and I chose you,” Ashley says her mom told her.

Ashley is grateful to God that she was allowed to live so that she could tell her story.

“I’m grateful that God, through His providence, planted me here to tell my story – and that I have the privilege of sharing this film with the world,” says Ashley. “And yes, I do secretly hope that one of the outcomes of all of these ‘coincidences’ is that many will find the courage my mother found when she listened to her conscience and made the choice that gave me life.”

Abortion is the civil rights issue of our day and age, an egregious crime against our most vulnerable citizens that we’ll one day look back on as barbaric and cruel, shamefully shaking our head that we ever thought such a practice was acceptable.

Stories like Bratcher’s and Johnson’s need to be told so that individuals considering an abortion will see the opposite side of the argument and maybe think twice before murdering their unborn child in the womb.

It also inspires pro-life folks to take a stand against this wicked evil, fighting the forces of darkness in their attempt to destroy innocent life made in the image of God.

Here’s to hoping the film has a huge impact on our culture.