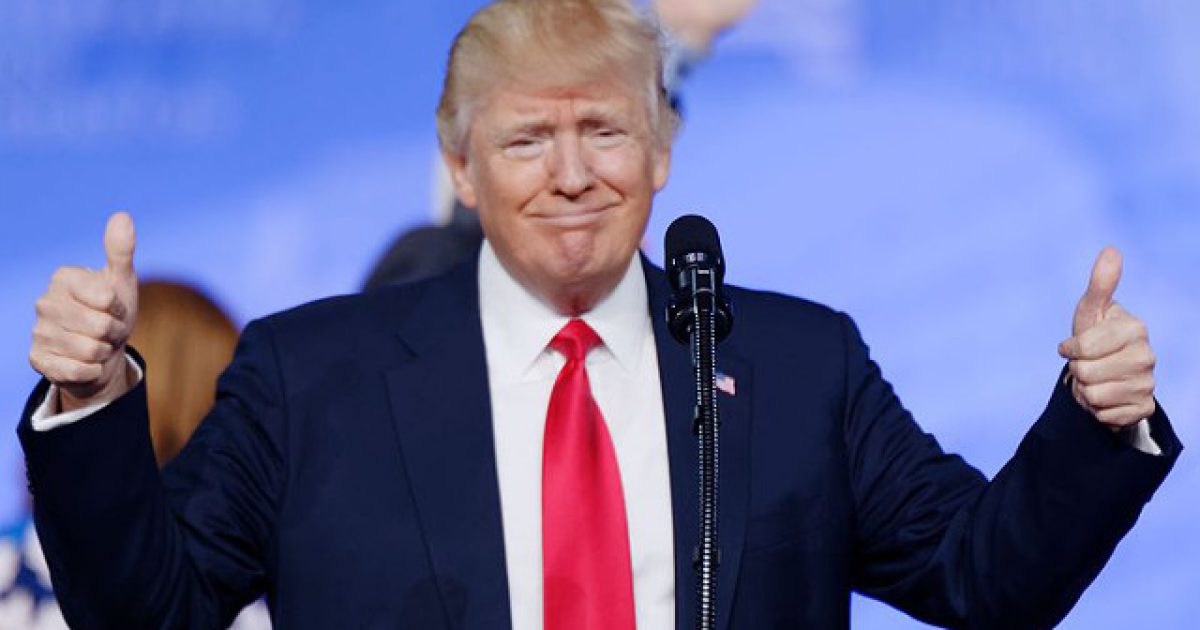 At a time when America, especially Congress, is totally divided along political ideological lines, it’s a rare feat to see both sides of the spectrum come together in agreement over a piece of legislation proposed by the president.

Yet, on Tuesday, that’s precisely what happened. President Trump’s prison reform bill, The First Step Act, passed the Senate with bipartisan support. The vote was 87-12.

“America is the greatest Country in the world and my job is to fight for ALL citizens, even those who have made mistakes,” Trump wrote in a pair of tweets. “Congratulations to the Senate on the bi-partisan passing of a historic Criminal Justice Reform Bill. This will keep our communities safer, and provide hope and a second chance, to those who earn it. In addition to everything else, billions of dollars will be saved. I look forward to signing this into law!”

America is the greatest Country in the world and my job is to fight for ALL citizens, even those who have made mistakes. Congratulations to the Senate on the bi-partisan passing of a historic Criminal Justice Reform Bill….

….This will keep our communities safer, and provide hope and a second chance, to those who earn it. In addition to everything else, billions of dollars will be saved. I look forward to signing this into law!

The bill, which had strong backing from groups on both the right and left, had stalled in the Senate before pressure from Trump and other Republicans, along with a few adjustments to the bill, convinced Senate Majority Leader Mitch McConnell to put it up for vote. The bill is now expected to sail through the House this week. A version of the bill passed easily in the House in May (360-59).

The First Step Act (S. 3649) “provide[s] for programs to help reduce the risk that prisoners will recidivate upon release from prison” and, in so doing, reduce the number of inmates overall. The primary focus of the bill is to promote federal rehabilitation efforts, including providing programs designed to prevent recidivism and easing up on statutory sentencing for some drug offenders. Life sentences for three-time drug offenders will be reduced to 25 years.

The Senate Judiciary Committee provided the following summary of the bill’s key initiatives:

Provides for increased programming designed to reduce recidivism and provides incentives for participation in those programs.

Implements a post-sentencing dynamic risk assessment system to determine an inmate’s risk of committing more crimes upon release from prison.

Establishes eligibility criteria for and incentivizes participation in evidence-based recidivism reduction programs by allowing prisoners to earn time credits for prerelease custody (defined as residential reentry centers or, for low risk prisoners, home confinement). For example, a prisoner may earn 10 days of time credit for every 30 days of successful participation in a recidivism-reduction program or other eligible activity. However, only prisoners classified as minimum or low risk may redeem these time credits to reduce their sentence.

In addition to the exclusion preventing all but those classified as minimum or low risk from redeeming time credits, the bill makes clear that violent and high-risk criminals convicted of certain serious offenses are ineligible for the pre-release custody program, including those convicted of crimes relating to terrorism, murder, sexual exploitation of children, espionage, violent firearms offenses, or those that are organizers, leaders, managers, supervisors in the fentanyl and heroin drug trade. Prisoners are also ineligible to apply time credits if subject to a final order of removal under the Immigration and Nationality Act.

Our criminal justice system is definitely in desperate need of reform. This legislation will help non-violent offenders who have made crappy personal choices have a shot at turning their lives around and becoming productive members of society, while ensuring that those who have committed crimes more heinous in nature are locked behind bars where they belong.

What we need now is a nation wide reinstitution of the death penalty for the crime of murder, along with the abolition of abortion. We take this reform to that level and we’ll be well on our way to having a truly balanced system of justice.