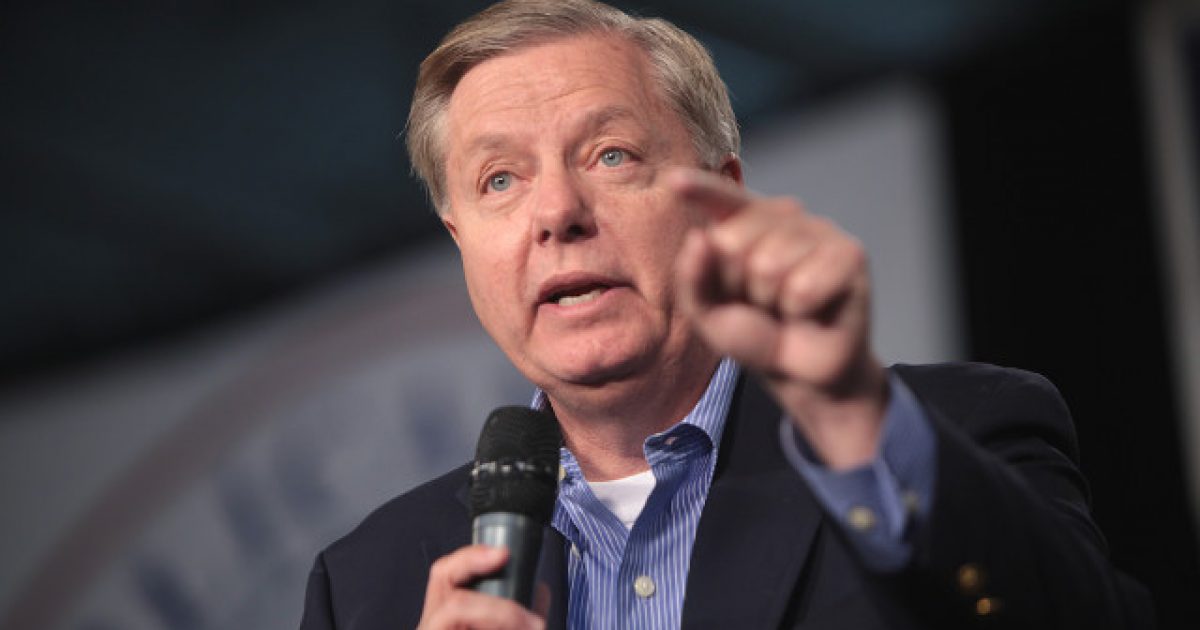 The Trump administration has announced on Wednesday that they are considering a plan to pull US troops out of Syria, a move that Sen. Lindsey Graham says could be a huge, Obama-like mistake.

Graham has been a fairly ardent supporter of President Trump over the last year, but if he goes forward with his plan to pull the troops, he might just loose the South Carolina senator’s faithful support.

Withdrawal of this small American force in Syria would be a huge Obama-like mistake. https://t.co/atsjHUyJlB

With all due respect, ISIS is not defeated in Syria, Iraq, and after just returning from visiting there — certainly not Afghanistan.

President @realDonaldTrump is right to want to contain Iranian expansion.

However, withdrawal of our forces in Syria mightily undercuts that effort and put our allies, the Kurds at risk.

As it turns out, Graham isn’t the only member of the GOP who feels this way about pulling troops out too soon.

This is simply not true. https://t.co/Jvie2NxgWz

There are roughly 2,000 American troops on the ground in Syria currently, concentrated in northern Syria.

The Wall Street Journal was first to report the administration’s Syria plans. President Trump appeared to allude to the decision to pull troops out in a Wednesday morning tweet.

“We have defeated ISIS in Syria, my only reason for being there during the Trump Presidency,” Trump wrote.

We have defeated ISIS in Syria, my only reason for being there during the Trump Presidency.

“Five years ago, ISIS was a very powerful and dangerous force in the Middle East, and now the United States has defeated the territorial caliphate,” Sanders said. “These victories over ISIS in Syria do not signal the end of the Global Coalition or its campaign. We have started returning United States troops home as we transition to the next phase of this campaign. The United States and our allies stand ready to re-engage at all levels to defend American interests whenever necessary, and we will continue to work together to deny radical Islamist terrorists’ territory, funding, support, and any means of infiltrating our borders.”

The Pentagon issued a vague statement in response to the news reports, not committing to any path ahead.

“At this time, we continue to work by, with and through our partners in the region,” spokesman Col. Rob Manning said.

The big fear here is that if we pull the troops before the job is completely finished, ISIS or some other terrorist group will be able to recoup their losses, gain new followers, and get right back to the business of terrorizing the world.

That was Obama’s mistake, and it looks like Trump is about to commit the same one. This would be an unwise decision, so hopefully the president will listen to reason and opt not to take this course of action just yet.

We all want to see our troops brought home, but if we do that before completing the mission, they’ll be sent back in harm’s way against a dangerous, and replenished group of radicals hellbent on destroying American lives.

We must not allow that to happen.