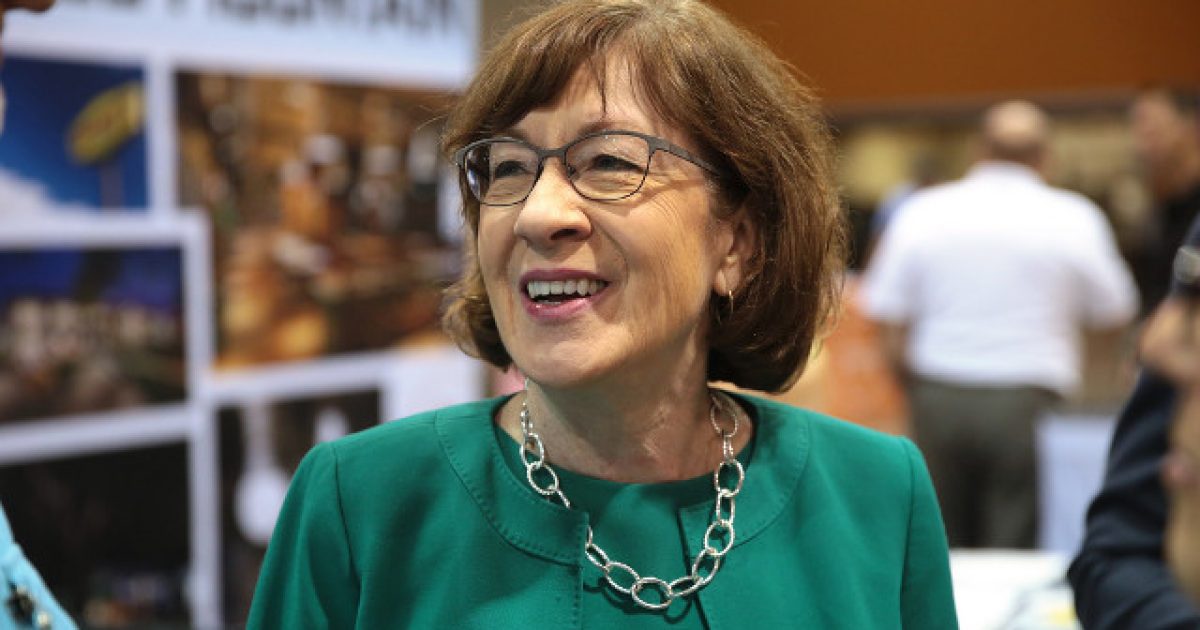 Sen. Susan Collins made a speech earlier this year that defended one of the central tenets of our justice system here in the United States, that of due process.

If it hasn’t been made clear by the Brett Kavanaugh Supreme Court case, liberals are not big fans of the whole “innocent until proven guilty” thing, opting instead to believe the first piece of rotten tripe they come across online, assuming a person’s guilt whether evidence supports such an accusation or not.

We’re all told we’re supposed to believe the accuser no matter what, even if there’s no reason to think they are telling the truth. These things go against the idea of due process.

Huffington Post columnist Lauren Sandler was not at all happy with Collins speech, so she wrote about it.

Huffington Post Columnist Lauren Sandler wrote a scathing review of Sen. Susan Collins’ (R-ME) speech on the senate floor earlier this year (yes, as I’ve written previously, members of the media are still running poorly reported hit jobs about those around Kavanaugh) in which she explained why she would vote to confirm Kavanaugh to the Supreme Court. Collins made several points in her speech about the need for due process and the presumption of innocence — neither of which were present after the allegations against Kavanaugh. For the record, the woman who first accused Kavanaugh, Christine Blasey Ford, was not served well by the way her allegations where handled, either.

Collins spoke about the importance of these fundamental aspects of the justice system and the importance of investigating allegations of sexual assault. But she explained that the evidence just wasn’t there to support Ford’s claims against Kavanaugh, even if she did appear to be credible during her testimony.

Sandler twists everything Collins said, including the aforementioned point about Ford seeming credible yet not having evidence to back her up. Here’s how Sandler framed Collins’ point:

The best argument Collins could find for disbelieving Ford was a theory that one of Kavanaugh’s friends, Ed Whelan, the president of the conservative Ethics and Public Policy Center, had floated on Twitter: Sure, she was sexually assaulted, but she must have the wrong guy. Almost immediately, Whelan apologized for this “appalling and inexcusable” lack of judgment in suggesting such a thing, and offered his resignation. But that appalling and inexcusable theory was exactly what Collins cited to tear Ford down and make the case that women must feel empowered to report their own assaults. That’s how incredible her disbelief is. And how cynical her politics.

Apparently, Sandler is a-okay with tossing someone in the clink just on the mere allegation of wrongdoing, rather than following the evidence to where it naturally takes the case.

Of course, her thinking would likely change if she were the accused, which is why you can’t take much of her criticism here seriously.