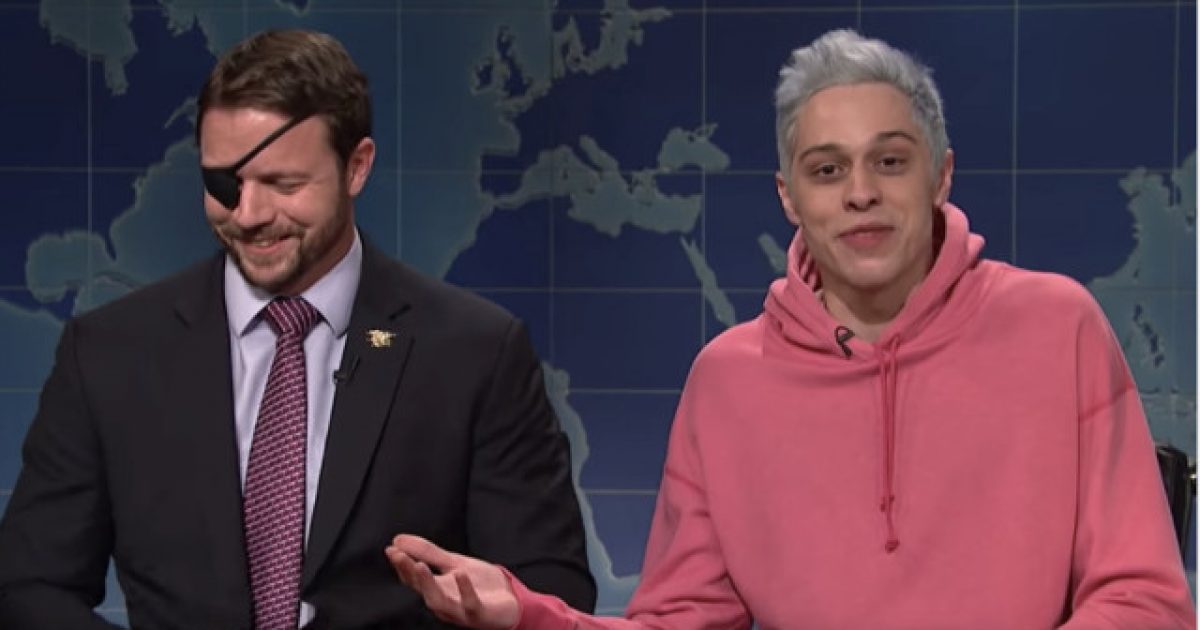 Texas congressman-elect Dan Crenshaw proved that he truly is a hero and a man of high class and integrity by reaching out to Saturday Night Live star Pete Davidson after the comedian shared a concerning social media post about suicide on his Instagram account Saturday night.

Crenshaw called Davidson during the ordeal to offer to him his support. If you remember correctly, Davidson actually mocked Crenshaw on an episode of the show in November, but that didn’t stop him from reaching out.

The posting, shared on Davidson’s now-defunct Instagram page, read, “[I] really don’t want to be on this earth anymore. I’m doing my best to stay here for you but I actually don’t know how much longer i can last. all I’ve ever tried to do was help people. just remember I told you so.”

Crenshaw, who spoke with KPRC-TV, revealed that he’d personally called Davidson over the weekend to offer his support.

The two amicably met face-to-face after Davidson mocked Crenshaw — a former Navy SEAL who lost an eye during one of many deployments to Afghanistan — and his appearance during a November airing of “SNL.”

Crenshaw told the station that he’d reached out to Davidson after reading about the comedian’s disturbing social media post.

“I talked to him personally [Sunday],” Crenshaw said. “We don’t go back very far. We’re not good friends. But, I think he appreciated hearing from me.”

“I told him everyone had a purpose in this world,” he added. “God put you here for a reason. It’s your job to find that purpose, and you should live that way.”

Responding to what appeared to be a call for help from comedian Pete Davidson, @DanCrenshawTX with me for #HouNewsmakers EXTRA talks about his response and phone call. https://t.co/BRiFwhBjD8 pic.twitter.com/GpqlUCPXpw

How awesome is it to see someone like Crenshaw, who has every right to despise Davidson, set aside personal politics and simply connect to him as a human being and fellow image bearer of God.

Folks, we need more people like Crenshaw in both major political movements in this country. If people loved one another despite their differences in beliefs and sought common ground with another like this, we’d all be better off.